Pieces of a Dream, by Wael Abdelgawad.

Pieces of a Dream!  Compared to the online version, the novel is three times longer. How does Louis’s family react to his transformation? Who is the disturbing figure from his past who carries a grudge against him? How can Louis help his father escape a crushing gambling debt? These questions and more are answered in the novel. Available in paperback and ebook formats.

The Repeaters: A select group of men and women live hidden among us. They are known as repeaters, and they reincarnate again and again, growing stronger with each cycle. Now the repeaters are under threat from an ancient evil, and a 12 year old boy may be their only hope.

Zaid Karim Private Investigator: Zaid Karim’s private investigations business has been going downhill, his wife has kicked him out and won’t let him see his daughter, and his bills are overdue. When he catches a case to find a missing child, he discovers that the client has lied about key facts. Slandered on all sides, accused of theft, and wounded in a knife attack, Zaid vows to do one thing right in his sorry life – to find this child. His vow will take him into mortal danger, facing the threat of torture and death – and there will be no backing out.

As-salamu alaykum. This is an index of my fiction stories published on this website. They are all part of a single narrative, so they make the most sense when read in the following order. Enjoy! – Wael

1. Pieces of a Dream

Louis is a war veteran and cab driver. One day he gives a ride to a Muslim woman and begins a conversation that will change his life.

Louis struggles with his attraction to Kadija and Islam. Would becoming Muslim be a betrayal of his country and his brother soldiers?

Jamilah is a young Palestinian-American bike messenger in San Francisco, until her bike is stolen. Without it she cannot work. Desperate, she makes a “deal” with Allah – but can she keep her end of the deal?

Hassan is a bike messenger with a mysterious past. One day he makes a delivery to the Lebanese consulate and his past catches up with him with a vengeance. Now he’s fighting for his life and praying for the safety of his friends. 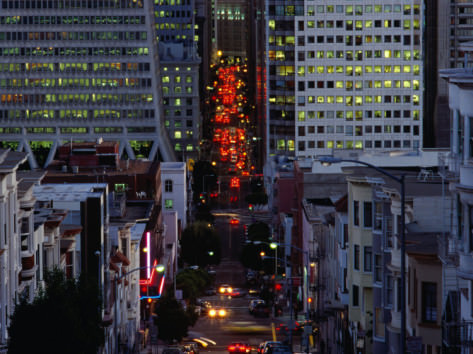 Muhammad is a young dispatcher at a courier company, content with his life of work, collecting toys and hanging out with friends. When his estranged and abusive father shows up out of the blue, is it more than he can handle?

Hassan’s story continues, as the truth about his past is revealed. Pursued by the Crow, betrayed by a friend, where can he turn?

The final story of the series, featuring survival, love and death.

Zaid Karim is a an ex-convict and private investigator in Fresno, California. He is broke, separated from his wife and child, and facing a growing pile of unpaid bills. When he’s hired by an elderly Muslim couple to find their missing granddaughter, he quickly learns that the client has lied to him, and that finding the child will mean confronting the ghosts of his past, and risking his very life.

Death in a Valley Town

(This series is incomplete. I do plan to finish it eventually inshaAllah.)

Day of the Dogs

For twelve years, Captain Yasin “Cutter” Rahman has been a soldier in the war against a violent alien race that is determined to wipe out humanity. His body and mind are augmented, his reflexes inhumanly fast. But he is tired of fighting, and dreams of retiring to his home planet of NewMalaysia, to sit among the banana and mango plantations, and forget everything. Now, however, his commanders have dispatched him to a distant, mysterious moon from which no one has ever returned, and which could hold the key to winning the war. But Yasin Rahman is beginning to have doubts about everything: the mission, the war, and the history of humanity itself.

(About 30 to 40 chapters anticipated)

Uber Tales (Real-life stories as an Uber and Lyft driver)