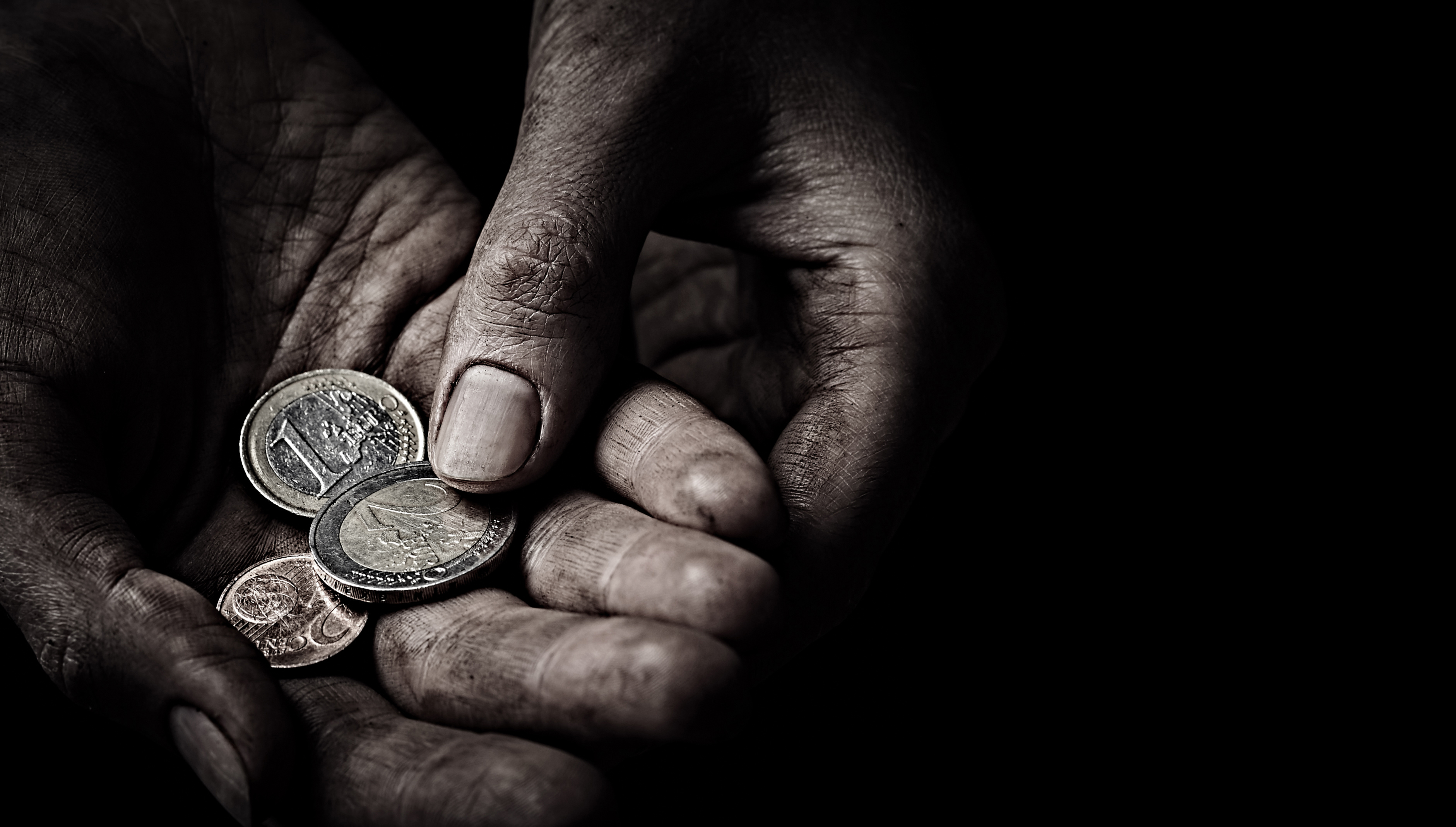 Estimated global zakat is somewhere between $200 billion to $1 trillion.  Eliminating global poverty is estimated at $187 billion– not just for Muslims, but everyone.  There continue to be strong interests in favor of more putty-like zakat to benefit the interests of the organizations that are not focused on reducing poverty. Thus, in many ways, a sizeable chunk of zakat benefits the affluent rather than the needy. Zakat, rather than being a credit to the Muslim community, starts to look more like an indictment of it.

No, it’s not ikhtilaf

In the recent article on this website, Dr. Usama Al-Azmi seemed somewhat oblivious to the cavalier way the nonprofit corporate sector in the United States treats Zakat.  The article did not do justice to legitimate concerns about zakat distribution by dismissing the issue as one of “ikhtilaf,” or a reasonable difference of opinion, as it ignored the broader concern about forces working hard to make zakat a “wild west” act of worship where just about anything goes.

It’s essential to identify the crux of the problem. Zakat has eight categories of permissible beneficiaries in the Quran. 1 Two are various levels of poor, distribution overhead; then there are those whose hearts are to be inclined,  free captives, relieve indebtedness, the wayfarer, and the cause of Allah (fisabilillah). The category of fisabilillah, historically,  the majority of scholars have interpreted as the cost of jihad (like actual fighting). However, in recent times, Muslim nonprofit corporations, with support of learned Muslim leaders, have adopted an increasingly aggressive and vague posture that allows nearly any beneficial cause to get zakat.

The concerns about the abuse of zakat, and the self-serving desire by corporations to turn fisabilillah into a wastebasket Zakat category that could be “incredibly broad” has to do with far more than a difference of opinion (ikhtilaf ) about the eligibility of Dawah organizations. Let’s assume dawah and educational organizations are eligible to administer Zakat funds.  We need to know what that means in practice. What we have is a fundamental question the fisabilillah-can-mean-virtually-anything faction never manages to answer: are there any limits to zakat usage at all?

We fully understand that in our religious practice, there is a set of rules.  In Islamic Inheritance for example, for example, we cannot cavalierly change the definition of what a “daughter” is to mean any girl you want to treat like a daughter. There is an established set of rules relating to acts of worship. For the third pillar of Islam, zakat, there seem to be no limits to the absurd-sounding questions we can ask that now seem plausible.

Unfortunately, we have too many folks who invoke “ikhtilaf” to justify adopting almost any opinion and not enough people who are willing to explain their positions. We need a better understanding of zakat and draw the lines on when nonprofit corporations are going too far.

You can be conservative and stand for zakat as an act of worship that contributes to social justice. You can have a more expansive interpretation friendly to the nonprofit corporate sector’s needs to include the revenue source. Wherever you stand, if you don’t provide evidence and develop detailed uniform and accepted principles and rules that protect those people zakat was meant to help, you are inviting abuse and at the very least, opening the door towards inequitable results. 2

Can you feed the needy lentils and rice for $100 a meal, with margins of $99 a meal going to pay salaries to provide these meals and fundraise for them?  Why or why not?

Can a Dawah organization purchase an $80 million jet for its CEO, who can use it to travel the world to do “dawah,” including places like Davos or various ski resorts?  What rules exist that would prevent something like this? As far as we know, nothing at all.

In the United States, demographic sorting is a common issue that affects all charitable giving, not just giving by Muslims. The most affluent live in neighborhoods with other people who are generally as prosperous as they are. Certain places seem almost perversely designed to allow wealthy residents to be oblivious to the challenges of the poor.  There are undeniable reasons why what counts as “charity” for the wealthy means giving money to the Opera, the Met Gala, and Stanford University.

The only real way affluent Muslims know they supposed to care about poor people is that maybe they have a Shaikh giving khutbas talking about the need to do so and their obligation of zakat once a year or so. That is now becoming a thing of the past. Now it is just care about fisabilillah- it means whatever your tender heart wants it to mean.

As zakat becomes less about the poor, appeals will be for other projects with a higher amount of visibility to the affluent.  Nonprofits now collect Zakat for galas with celebrities. Not fundraising at the gala dinner mind you, but merely serving dinner and entertaining rich people. Educational institutions and Masajid that have dawah activities (besides, everything a Masjid does is fisabilillah) can be quite expensive. Getting talent to run and teach in these institutions is also costly. Since many of the people running these institutions are public figures and charismatic speakers with easy access and credibility with the affluent, it is far easier for them to get Zakat funds for their projects.

People who benefit from these projects because they send their children to these institutions or attend lectures themselves will naturally feel an affinity for these institutions that they won’t have with the poor. Zakat will stay in their bubble.  Fisabilillah.

Dawa is the new Jihad

Jihad, as in war carried out by a Khalifah and paid for with zakat funds, is an expensive enterprise. But no society is in a permanent state of warfare, so they can work towards eliminating poverty during peacetime. Muslim communities have done this in the past.  Dawah is qualitatively different from jihad as it is permanent. There was never a period in Islamic history when there was no need to do dawah. Many times in history, nobody was fighting jihad. There was no period of Islamic history when there were there was never a need for money to educate people. Of course, earlier Muslims used zakat in education in limited, defined circumstances. It is not clear why limitations no longer apply.

Indeed dawah is a broad category.  For example, many people regard the Turkish costume drama “Diriliş: Ertuğrul” as dawah.  Fans of the show can’t stop talking about the positive effects it has had on their lives and their iman. What prevents zakat from funding future expensive television costume dramas? Nothing, as far as we can see.

No Standards or Accountability

Unfortunately, in the United States, there are no uniform, specific standards governing zakat. Anything goes now when previously in Islamic history, there were appropriate standards. Nonprofit corporations themselves decide if they are zakat-eligible or not. In some instances, they provide objectively comical explanations, which supporters within the corporation’s bubble pretty much always swallow whole. Corporations don’t have to segregate Zakat-eligible funds from general funds. When they do, they can make up their own rules for how and when they spend zakat. No rules make zakat indistinguishable from any other funding source since they can change their standards year after year depending on their funding needs (if they have rules at all) and nobody would be the wiser. It is exceedingly rare for these corporations to issue detailed reports on how they use zakat.

The Shift to Meaninglessness

Organizations with platforms (like the one that runs this website) are going to be eager to get on the zakat gravy train. There is no cost to slapping a “zakat-eligible” label on yourself, either financial or social. It seems like everyone does it now. Some Zakat collectors are conscientious and care about helping the poor, though they are starting to look a little old-fashioned. For them, it may make sense to certify Zakat administrators like halal butchers.

Zakat used to be about helping discrete categories of human beings that can benefit from it.  It can now mean anything you want it to mean. In the end, though, without real standards, it may mean nothing at all.