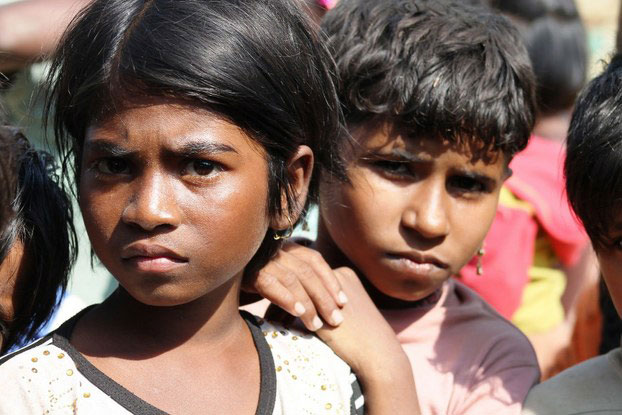 Ramadan is a time of sacrifice, and the Eid honors and celebrates the fulfillment of that sacrifice. But for many the hardships do not end.

Between one million and three million Muslims are being detained in concentration camps in China, while masjids are being demolished and imams executed.

The Rohingya Muslims of Burma continue to suffer from terrible persecution. In one Rohingya refugee camp on the Burma / Bangladesh border there are half a million children. These children are banned by the Burmese authorities from attending school and are at risk of early marriage, child labor or being trafficked.

In the Central African Republic, the Muslim minority lives in daily fear of being killed, especially in the south.

The Palestinians continue to suffer after seventy years of occupation, with no end in sight.

Russian and Assad regime attacks on civilians continue in Syria, with the real possibility of an upcoming genocide in Idlib province.

In the midst of this all suffering, heroes abound. There’s Serikzhan Bilash of Kazakhstan, who has labored feverishly to document China’s internment of Muslims across the border. He urges those in his organization to continue their work, even as he himself has been arrested.

Those Rohingya children I mentioned in the refugee camp, banned from attending school? One 14-year-old Rohingya girl mentioned in the article has managed to enroll in school in Bangladesh. Her mother sold her food rations and borrowed money to create a fake Bangladeshi birth certificate, then paid a smuggler to take her daughter out of the camp. The girl herself says, “People hate the Rohingya here. I don’t tell people I am one… I have to lie about my identity to survive. Even though it’s a big struggle… I am able to study. There are hundreds of thousands of kids like me inside of the camps who are forced to marry off early…They have no opportunities.”

Also in that camp is 13-year-old Halim, who runs his own tutoring service, where he teaches more than 20 children. He says, “I am teaching them so they can do something for our nation. If they don’t learn anything, they can’t prosper in their life, as well as they can’t fight for the nation.” 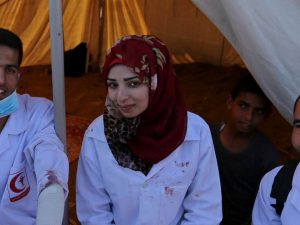 In Palestine, let us not forget Razan al-Najjar, a 21-year-old volunteer paramedic from Gaza who was shot by an Israeli sniper on June 1, 2018, while tending to a tear gas victim. In her last Facebook post, the day before she was killed, she wrote, “Your conscience will be comforted as much as possible since God always knows your intention. #sleep_well Be good.”

In Syria, we have Dr. Omar Ibrahim, an Egyptian neurosurgeon who could probably be earning a hefty salary anywhere in the world, but instead labors under constant bombardment in the war-torn and half crushed city of Idlib. He’s been in Syria for five years and says, “I have no regrets about doing this work. Because I have passion for my work, and this work inspires me.”

A Religion of Heroes 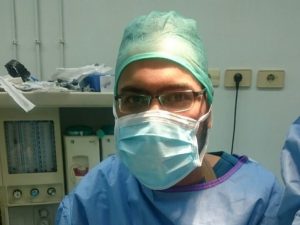 Such stories are amazing, but they are not unique. There are countless heroes, and should that surprise us? Islam is a religion of heroes, and has always been so, going all the way back to its inception in Makkah, when the Prophet Muhammad (sws) drew around himself the weak and powerless, the slaves and foreigners. They were tortured, but did not surrender their new faith. Heroes.

Or, several years later, when the disbelievers of Arabia came in great numbers to wipe the Muslims off the face of the earth. The Muslims dug a great trench around Madinah, and held off the attackers under conditions of hunger and terrible cold, until – with Allah’s help – the siege was broken. Heroes.

So if you thought such heroes were a thing of the past, remember Serikzhan Bilash, the Rohingya girl, Halim, Razan al-Najjar, Dr. Omar Ibrahim and the untold, uncounted heroes like them. You may even know a few heroes personally. I do.

There’s my friend Karim, who works for an organization that sponsors Muslim orphans. He’s overworked and underpaid, and struggles to support his family and two children. He’s highly experienced and could earn more somewhere else. But he sticks with it because he believes in Islamic work.

I think also of my daughter’s homeroom teacher, sister Sharmeen. She’s an enthusiastic teacher who pushes the children to read, write and understand the roots of language. She does more than is required and is not appreciated as she should be. But once again, her passion drives her.

Our local Imam recently gave a khutbah about the importance of dua’. He said that Allah loves the dua’ that is persistent. Ibn al-Qayyim (may Allaah have mercy on him) said in al-Daa’ wa’l-Dawa’: “One of the most beneficial of remedies is persisting in dua’.”

So be persistent. Pray for our suffering Ummah, and pray for our heroes. And donate whatever you can spare to the organizations that work on their behalf.

As for me, my life is ordinary. On the morning of Eid, I, my mother and my daughter Salma – who is twelve years old now – wake up early and put on our best clothes, inshaAllah. We get in the car and stop at Krispy Kreme donuts.  I buy a box of a dozen to share with others after Salat al-Eid, and a few extras in a bag for our family, so we don’t have to wait in a long line and elbow people to snatch a cruller.

I pick up my cousin’s son, who does not have a car. We go downtown to the Fresno convention center and sit among a thousand other Muslims. We recite the Takbeerat al-Eid, praising Allah’s greatness. The Eid salat begins, then I strain to hear the khutbah as so many people begin chattering right away. Especially, the sisters. Sorry ladies, but it’s true :-)

I know, it all sounds a bit silly, but I’m excited. It’s a wonderful day. I see brothers that I haven’t seen since last year. Everyone is wearing their best outfits.

But it’s not about the donuts or the nice clothes. It is this feeling of sharing a connection with every Muslim around the world; a feeling of being part of something great.

When we return home, my mother makes cookies, and we put some decorations on the walls. Salma opens her presents, which this year are a new Switch game, a dartboard and a pearl necklace. It’s the first piece of real jewelry I’ve ever bought her. Buying it left me with $18 in my bank account, which means I predict a lot of Uber driving (my side job) in my near future. So I hope she likes it.

On such days, I thank Allah that I am alive to see another sunrise. Another day to strive to be a better Muslim and a better human being.

The Spirit of the Prophets

I also talk to Salma, as I do every year, about our Muslim brothers and sisters who are struggling all over the world, fighting for their freedom and their very survival. They don’t have pizza and donuts on Eid or pearl necklaces. Some are starving. Most have lost someone: a parent, a child, a sibling or a friend. Some have been utterly devastated.

Yet they are resolute. They have a deep strength that, like the well of Zamzam, never runs dry, SubhanAllah. They will not give up their hopes, their dreams or their faith, Allah willing.

These are the real heroes of Eid. I feel small next to them. They are the ones living the spirit of the Prophets and the Sahabah. They have made the greatest sacrifices, and are still striving, undaunted. They are living the words of Allah:

May Allah ease the hearts of all who are suffering, replace pain with comfort and joy, sickness with health, oppression with liberation, and tyranny with freedom. May Allah give them security, safety, comfort, victory, and Jannah.

Chronicles of A Muslim Father: It All Began With a Prayer