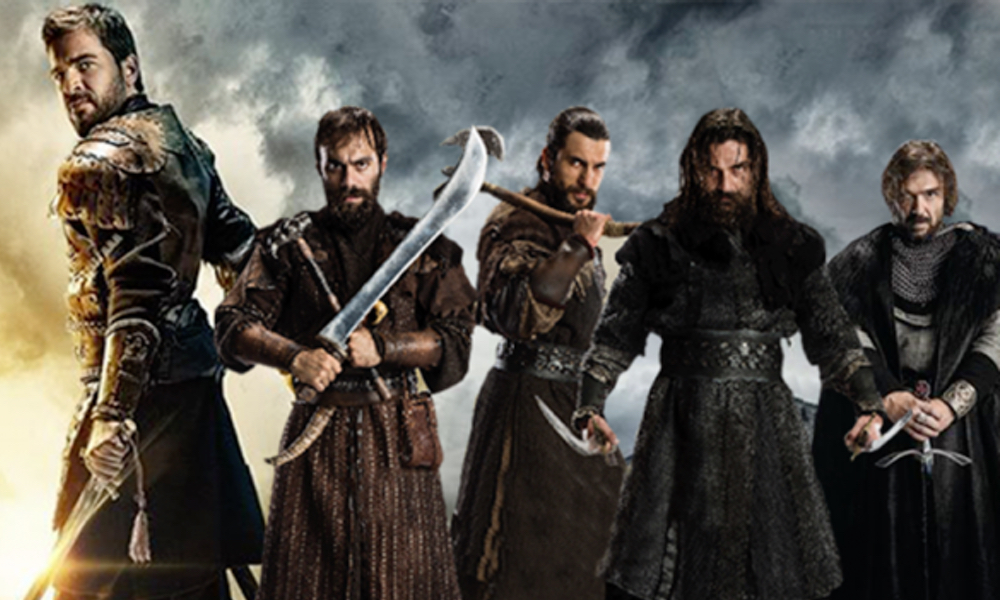 Ertugrul (died c. 1280) was the father of Osman I, the founder of the Ottoman Empire. According to Ottoman tradition, he was the son of Suleyman Shah, leader of the Kayı tribe of Oghuz Turks, who fled from eastern Iran to Anatolia to escape the Mongol conquests. According to this legend, after the death of his father, Ertuğrul and his followers entered the service of the Seljuks of Rum, for which he was rewarded with dominion over the town of Söğüt on the frontier with the Byzantine Empire. This set off the chain of events that would ultimately lead to the founding of the Ottoman Empire (Wikipedia).

Like his son, Osman, and their descendants, Ertuğrul is often referred to as a Ghazi, a heroic champion fighter for the cause of Islam. In 2014, a Turkish TV series by the name of Diriliş: Ertuğrul was launched on TRT 1 which took the Muslim world by storm. Diriliş: Ertuğrul is a Turkish historical adventure television series created by Mehmet Bozdağ, starring Engin Altan Düzyatan and Esra Bilgiç Töre in leading roles. It is filmed in Riva, a village in Beykoz, Turkey. The show is based on the history of the Muslim Oghuz Turks and takes place in the 13th century. It centers around the life of Ertuğrul, a fascinating character and inspiration to today’s Muslim youth.

Earlier this month, I sent out a mass message to a group of friends who are die-hard fans of Diriliş: Ertuğrul to ask what they thought were the biggest lessons from this unique TV series. Here is the list I compiled below:

One of the most intriguing occurrences in the series is when the tribal chiefs of the Kayı tribe get together for feasts and pull their own personal spoons out from the inside of their robes. Many fans of Ertuğrul have deliberated the rationale behind this and the most likely explanation is that the spoon, unlike the bowl, actually goes into the mouth of the individual. At a time when water was scarce (and detergent non-existent) it probably made most sense to bring your own spoon rather than the host having to scrub oral bacteria off a number of spoons. The lesson learned is that one should think about the ways on how not just to be a gracious host but also a gracious guest. What can we do the next time we are invited to dinner to make life easier for the host and not be a burden for our hosts? 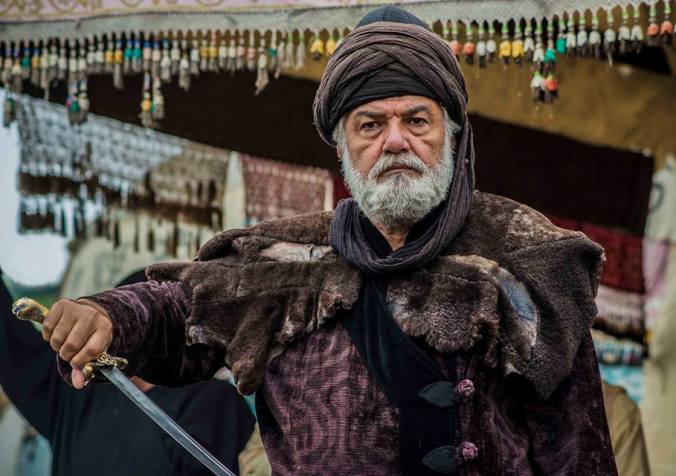 There are many instances in the series where we see the most “insignificant” pauper personally knowing and recognizing the Chief (Bey) of the tribe Suleyman Shah and vice versa. It is clear that in the old days, the leaders of the tribe were not only well known by their subjects but also had personal relationships with them. In fact, the relationship was so close that the Bey of the tribe had to give permission for every marriage to take place. When we compare that to our institutions now, from the smallest Masjid or charity to the largest federal Governments, it is as though leaders are only supposed to deal with the second line of command and no one else. We need to slowly start changing this and change happens starts from the self. Do you have a leadership position of any kind? Whether it’s at work, a committee at the masjid or anything else – do the people from the lowest rung to the highest know who you are? Maybe it can be as simple as saying “Hello/Salam” to everyone around and introducing yourself – the results are likely to be miraculous.

Engin Altan does an amazing job of playing the part of the inspirational Ertuğrul and one of his strongest characteristics is his ability to keep his mind clear of confusions and stay focused on the task at hand. At times it looks like there is a constant storm happening around Ertuğrul with oppression, injustice, deceit and evil permeating every corner, but Ertuğrul walks through unscathed never paying more attention to the deviants than they deserve. Especially in today’s world of constant bombardment of negative and sometimes “fake news” this is a skill which we all need to practice – ignore the noise and keep your eyes on the prize.

The victory is not ours, it belongs to Allah. As long as we follow Allah’s path, nobody can bring us to our knees. But if we start to believe victory is ours, if we forget our purpose and contaminate it with our desire for fame, then our Lord will shame us. —Ertugrul Ghazi

4.          Situations can be complex – try to get into the weeds on matters and don’t judge immediately

One of the main themes in the first 50 or so episodes is the deceit of Ertuğrul’s uncle Kordoglu. Kordoglu is the textbook two-faced hypocrite, pretending to be loyal at one juncture and stabbing his brother and nephew in the back at the other. At many instances Kordoglu tries to double cross and frame Ertuğrul and the people who fall into the trap are the ones who jump to conclusions. If the same people stopped for a moment and gave Ertuğrul the chance to defend himself and provide his evidence much confusion could be avoided. We are also prone to this type of haste and many times it is our nafs that is probing us to fall into intrigue. It is easy to fall into sensationalism and drama, and not as easy to restrain the nafs and take a step back without judging immediately. 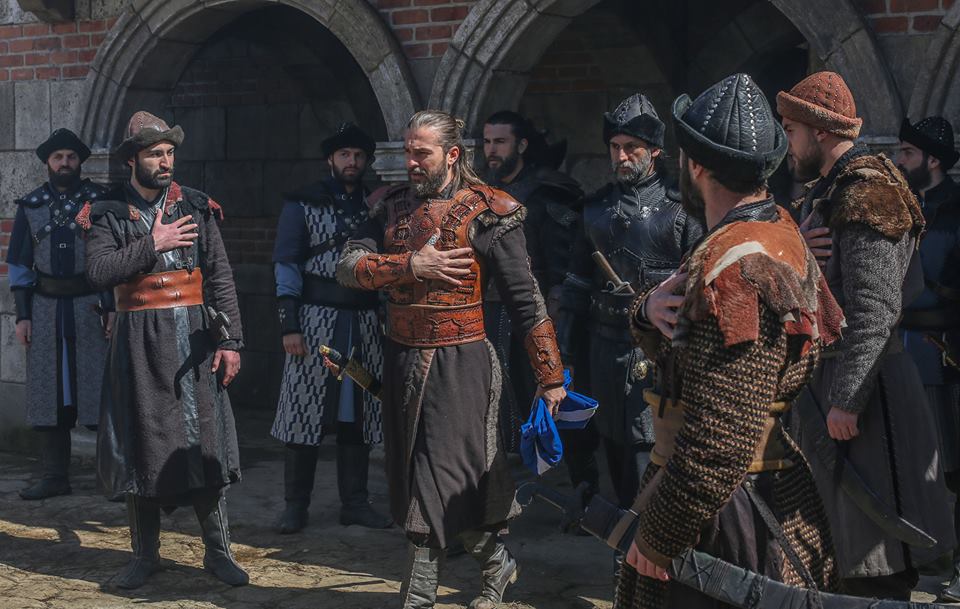 Like many romantic series, the love interest between Ertuğrul and Halime Sultan is a major theme of the series and if you watch the show with Aunties you will often hear “Oh why don’t they just get married and get it over with.” LOL. The lesson learned reminds us of Rasool Allah’s hadith: “There is nothing better for those who love one another than marriage.” (Narrated by Ibn Maajah, 1847). Repeated experiences within our community show that where the blessings and acceptance of elders are taken, marriages tend to succeed more. As youth, we should make a concerted effort to gain the blessings of elders in marriage, while elders should make a concerted effort to expedite marriages and this is where the ultimate balance would be achieved.

Love will not bring harm to your bravery. Don’t be afraid. Love fortifies it. Protects it. — Dogan Alp

I heard this saying many years ago and the person who shared this with me attributed it to Ali ibn Abi Talib (r.a.). The saying seems to apply very well with the Ertuğrul series and our personal lives in the current world. So many of us seem to be confused about world events, circumstances in the community and issues with their own families and many times it is because we haven’t taken out the time to seek the truth. Seeking and knowing the truth comprises many painstaking hours of research, taking naseeha from others, being humble and adopting a beginner’s mind. When one is equipped with a certain foundational understanding and knowledge it becomes easier to decipher honesty from deception. 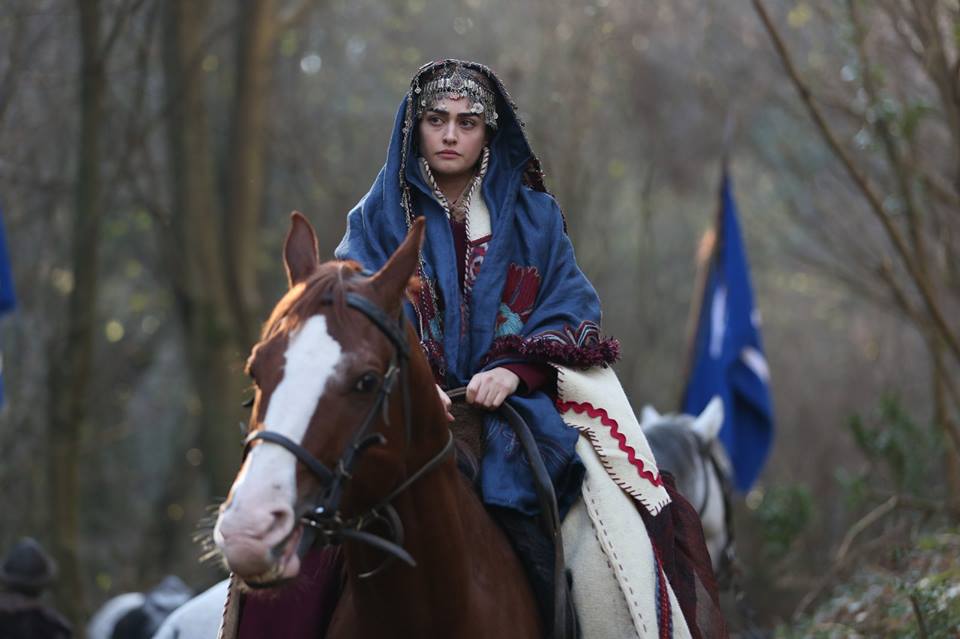 Examples from the great lives of Muslim leaders and their communities show that the Muslim world was not as segmented into rigid societal roles as one might think. Women would fight when needed and men would cook when needed and this is the lifestyle displayed in Ertuğrul. Nowadays it almost seems as though, even in a situation of life and death a woman in our society might not be equipped to defend herself and a man would starve if he was not served food in front of him. This might seems like an exaggerated view but the point is that we need to be much more balanced and equipped on both sides of the gender equation than we currently are. Men should not have to wait for a life and death situation to cook a meal for their families, and women should not have to wait for a moment of desperation to take on more physically strenuous tasks.

8.          You will be trivialized, misunderstood and possibly stabbed in the back – warriors don’t pay attention to their wounds

As we all go through life we realize that everyone faces major calamities and hardships but the amazing thing about warriors, as we see in the T.V series, is that they are trained to only look forward and not allow life’s scars to distract them. This point also relates to the much larger concept of qadr (destiny) – the fact that whatever has to happen, happens and sulking over it cannot change anything. If having a medicine or dressing the wound is making it better, than alhamdulillah, but if it isn’t we just have to live with our ailments and there is likely some other good in it (bringing us closer to Allah, making us more humble etc.). There is a famous saying “If you sat around a table with a group of strangers and each person wrote down their problems passed them around the table, you would ask for yours back.” Everyone is facing difficulties of varying degrees, and there are two types of people in the world – those that accept and those that don’t – and that is what makes all the difference. 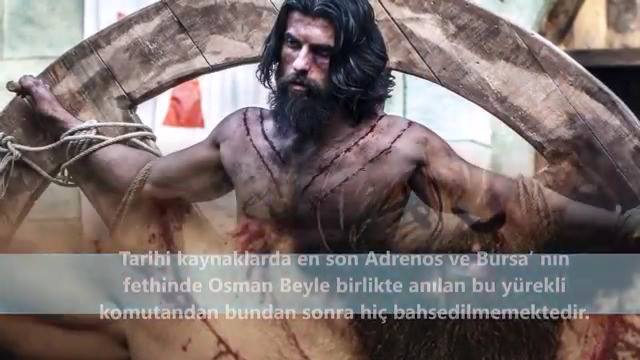 Write to the author at abuawud10@gmail.com

Is The Knowledge Tainted?