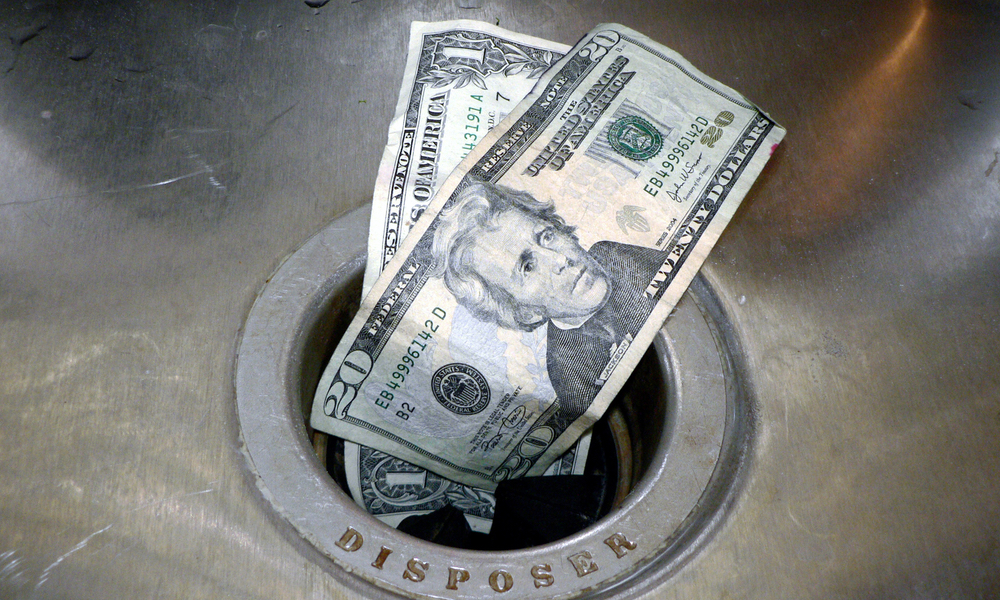 Zakat, that economic act of worship often paid in Ramadan we regard as the third pillar of Islam, is increasingly becoming a hollow shell.

An Imam is invited to give a seminar on Zakat at an Islamic Center serving an affluent neighborhood. The organizers ask him if he believes Zakat funds can be used for their Masjid construction project, he answers in the negative. He is disinvited.

Zakat is used to rent an expensive hotel conference space so that a panel of speakers can discuss current political issues.

A major Muslim non-profit spends Zakat funds to pay a famous public figure thousands for an honorarium and a first-class flight to speak at its gala.

Zakah expenditures are only for the poor and for the needy and for those employed to collect [zakah] and for bringing hearts together [for Islam] and for freeing captives [or slaves] and for those in debt and for the cause of Allah and for the [stranded] traveler – an obligation [imposed] by Allah . And Allah is Knowing and Wise. (9:60)

This oft-cited ayah of the Quran has eight categories of eligible recipients. The first two deal with poverty, the third is the one who collects and distributes Zakat and the others included are those in bondage or in debt and “those whose hearts are inclined” to champion the cause of Allah and the stranded traveler.

Poverty colors every other category. Zakat recipients need not always be poor of course. For example, refugees may be land barons but could benefit from Zakat all the same.

In the United States today, non-profits provide vital services that are often done by governments in other countries and are a significant portion of the economy. Tax benefits are provided to the non-profits and to those who donate – a recognition of their importance to society.

The Muslim non-profit sector includes places of worship, educational institutions, and service organizations. It employs much of the US Muslim community’s leadership, activists, teachers and other professionals and provides a system of conferences, symposiums, galas, buildings and a speaker circuit that educates and inspires many. This is all good. Many of these organizations take special care with Zakat contributions and do good work with them. However, many non-profits have found reasons to not take special care with Zakat. The American Muslim community should guard against this.

Why You Should Care 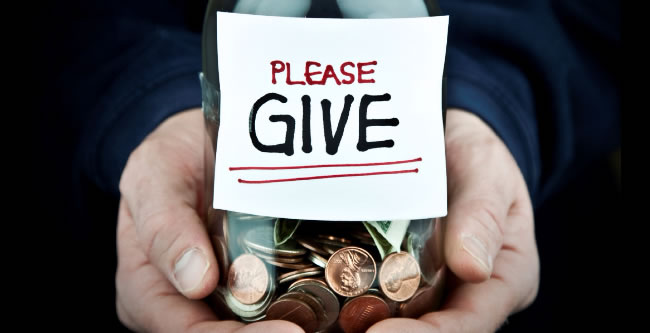 Poverty is a continuing concern though it is often invisible to the well-off by design.  As Khaled Beydoun pointed out recently, a Pew study found 45% of American Muslims families earn less than $30,000 annually.  While the study did not measure poverty per se, this level is sufficiently close to poverty for many families.  The federal poverty guidelines are not a measure of Zakat eligibility; rather it is nisab, possession of 87.48 grams of gold (approximately $3500), which would not overlap perfectly with the guidelines. Around 34% of Americans have no savings at all to fall back on. Muslim community leaders all over the United States would attest to the many struggles of individuals and families who need help, brought on by illness, incarceration, displacement or a wide range of other chronic and transitional circumstances. Islam’s prescription for addressing these difficulties is Zakat. We help each other out as an act of worship. Just as prayer demonstrates how serious we are about our relationship with Allah, Zakat demonstrates how serious we are as a community.

Oversleeping for Fajr is considered bad even when no social harm comes from it. Misappropriated Zakat causes social harm. With Zakat there are often genuine differences of opinion among scholars that should be worked out and standards should be established for use of these funds. In other situations, its use is a clear grift that no scholar could rationalize.

Charitable giving  does not always help those in genuine need. Indeed, much of what passes as “charity” in the United States is merely giving donations for the benefit of the affluent. The poor are becoming increasingly numerous in the United States even as the non-profit sector continues to grow in size and strength.

There Will be Fatwas

Some non-profit organizations rely on the general sounding opinions of individual Islamic Scholars to validate their view that their own organization should receive Zakat. While there are differences of opinion among scholars, these differences can be exaggerated. Even if a donor is told a scholar agrees with a non-profit that a particular non-self-evident use of Zakat is acceptable, that should begin the inquiry and not end it.

Often the context of the Fatwa will be mixed up. A common example is using an opinion that justifies the construction of a Masjid in an impoverished or war-torn area to justify an expansion project of an existing Masjid in a wealthy suburban neighborhood. Those are not the same thing.

A significant controversy concerning disbursement of Zakat comes from the phrase “in the path of Allah” as the kind of cause for which giving Zakat is acceptable. The debate arises as to whether this phrase in the Quran means something specific (the physical struggle of Jihad was the traditionally understood meaning), if it means somewhat more (yet still specific) in the modern context, or if it means there are no practical limits. The “everything but the kitchen sink” approach to Zakat has become more popular among certain non-profits as everything they do can be viewed as a public good.

Zakat donors should be skeptical of “kitchen sink” claims, even while donating non-Zakat funds for organizations that do good work. The relevant verse in the Quran (9:60) is restrictive in terms of the categories that are allowed to receive Zakat. If every noble endeavor can be classified as “in the path of Allah,” then all other categories would be superfluous.

Some Muslim non-profits do not make public their rationale for accepting Zakat funds for their general budget. They just do it. Muslim Advocates for example, an organization that has done excellent work, makes the “Zakat-Eligible” claim without supporting it. Calls to the organization revealed they do not know why they make the claim, or can’t say. They are far from alone. This can be easily fixed as described below.

The Muslim Public Affairs Council (MPAC) has been perhaps the most aggressive among Muslim non-profits in inventing novel rationalizations for accepting Zakat funds. The organization cites several categories on its website, explicitly including the entertainment awards galas they host as counting towards “those whose hearts are inclined.” Another reason they give is helping people be free of bondage, undoubtedly a permissible reason for giving Zakat. But what has MPAC done here? MPAC cites their work in the “Arab Spring” and “sustainable solutions for Afghanistan and Pakistan.”

We confirmed with a call to MPAC that it has no solutions to the real problem of people in bondage in Pakistan and Afghanistan, or anything else in those countries. MPAC’s work on the Arab Spring consisted of opining on current events, hosting panels in the US and participating in them. They also signed a petition to Egypt’s then President, asking him to oppose proposed wording of “Sharia” in that country’s constitution, as this would violate human rights. Political opposition to Sharia internationally as being a “Zakat-eligible” activity would seem to be the logical endpoint to this wild west state of affairs for Zakat in the United States. However, they went further, opining on how they “rejoice and celebrate” the military coup by General Sisi against the democratically-elected government they had previously petitioned.

The dictatorship they celebrated went on to commit one of the largest single day peacetime mass-killings of civilians in history, incarcerated and “disappeared” tens of thousands and engaged in systematic torture. Instead of working against bondage, as claimed, American Zakat was used to cheerlead a repressive military coup in another country. To their credit, unlike other organizations, MPAC is transparent about their Zakat use. This state of affairs of American Zakat is not primarily the fault of any one non-profit.

The privileging of Zakat funds for expenditures on ornate buildings in wealthy neighborhoods, expensive hotel conference spaces, panel discussions on politics, airline tickets, press releases of dubious value, interfaith networking, awards and honorariums for the already-affluent over the rights of those families and individuals in genuine need is a racket Muslim donors have been either tolerating or enabling for too long.

1. Donors should be more purposeful about who they give Zakat to. Never accept a bald claim by a non-profit that donations are “Zakat-eligible” if the claim is not otherwise obvious to you (i.e. it is for the poor).  An independent, qualified scholar you respect should provide a specific, well-reasoned rationale to support such claims.

2. Muslim non-profits should collect Zakat. However, donation forms should allow donors to designate Zakat funds separately from other donations. Zakat funds must then be accounted for and disbursed with transparent policies different from general fund donations. Non-profits that accept grants are already used to this. Grants, like Zakat, are usually for specific, enumerated purposes and not for a general fund, so there should be no excuses. It’s fine to pay large honorariums to speakers at expensive hotel banquet halls or build nice buildings in affluent communities. Just don’t do it with Zakat.

3. Islamic scholars, leaders and activists in the non-profit sector should do more to protect the institution of Zakat and the rights of those in need. This starts with implementing best practices and addressing abuses taking place in the Muslim non-profit sector.

Osman Umarji was born and raised in Southern California. After spending years working as an engineer, he left his career to pursue an Islamic education at Al-Azhar University, specializing in Islamic law and legal theory. He  previously served as an Imam and has spent years studying Zakah and has given numerous seminars on the topic. He is currently pursuing a PhD at UC Irvine in Educational Psychology, while also serving the community as an educational consultant.

Related Topics:charitygivingmoneympacnon-profitNonprofitzakahzakatzakat eligible
Up Next

MuslimKidsMatter | The Return of the Period