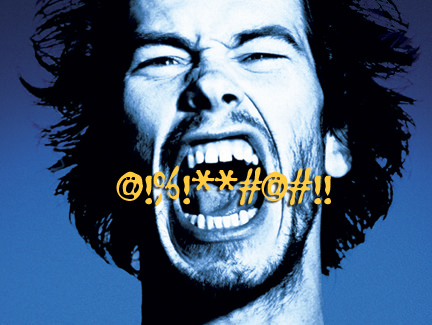 During my first year of high school, I heard the F-word so frequently that I actually started saying it myself. One day, my father heard me say it. He advised me politely yet firmly to never use it again. I promised my father and since then, alḥamdulillāh, I have kept my promise.

Now, as I raise my own children, I have completely abandoned any foul words, even slightly impolite, like stupid, idiot, ‘what the hell’, ‘I don’t care’, freakin’, flippin’, ‘I hate you’, etc. And I have enforced the same values on them. For a very long time, they thought the S-word was stupid and the F-word meant funky; they were corrected at a masjid in the US.

It was easier to enforce this standard of language when they were homeschooled. However, as they have stepped into the “real” world, i.e. started school, and extended their circle of friends, they are becoming accustomed to hearing many of these words. Unfortunately, using swear words is very common at schools, and “slightly impolite” words are considered normal among Muslim and non-Muslim kids equally.

Back in my high school, I once had a discussion with a class fellow on the ineffectiveness of profanity. He believed profanity had to be used to emphasize a point. I remember him asking, “How will you describe a gorgeous looking girl without saying, ‘she is so f****** beautiful’?” While I didn’t see any reason why profanity had to be used to accentuate a point, he sincerely couldn’t understand otherwise. As much as I would like to think that this was the mindset of someone who didn’t know the importance of good words, Muslims have not shown any better conduct.

Regrettably, like many other issues, language has also taken a downfall in the past decade. Profanity has become so ordinary that mean words don’t even sound foul anymore. Alḥamdulillāh, my children do not use any cuss words, but I wonder how long someone could refrain from using words they hear 5 to 6 hours a day, every day. It is becoming harder to find them friends, Eastern or Western, who don’t habitually swear, forget the “slightly impolite” words. Children even swear at each other’s parents. If someone refrains from cursing back, he/she is considered a “wuss”. My standard of clean language is starting to appear a bit utopian! 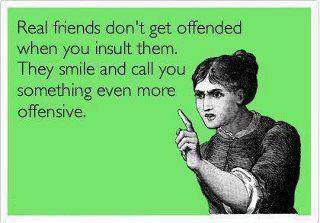 Islam urges us to use pleasant speech and decent words. Selection of words distinguishes a human being and is a means to achieve Paradise or Hellfire. Countless aḥadīth emphasize the necessity of safeguarding one’s tongue, and a number of verses mention the virtues of using good words. Allah ‘azza wa jall compares good words to a virtuous tree:

“Have you not considered how Allah presents an example, a good word like a good tree, whose root is firmly fixed and its branches in the sky? It produces its fruit all the time, by permission of its Lord.” (14:24-25)

He ‘azza wa jall has ordered the believers to say:

إِلَيْهِ يَصْعَدُ الْكَلِمُ الطَّيِّبُ
“Whoever desires honor – then to Allah belongs all honor. To Him ascends good speech, and righteous work raises it.” (35:10)

While our religion holds good, pure language in high esteem, our youth (and adults) have succumbed to the use of profanity. It is heart-breaking to see even the good children use:

قَوْلً: This is the speech that is released from a person’s mouth and reflects his inner self.
سَدِيدًا: indicates shooting an arrow that hits the target without even slightly deviating, i.e. it leaves the bow and goes straight to the target.

Concurrently, it means a word/statement that is said without adding anything useless to it. In other words, a speech conveyed in the most cleanly and pure form. It has also been explained as:

“Together it consists of obligatory statements, righteous and beneficial statements, like salutation with salaam, and good words that brings about happiness in the hearts of the believers, and improvement among people.”[i]

What possible benefit, blessings or goodness can using words like damn, flippin’, freakin’, or other insulting words bring in a believer’s life?

Aim for the Stars

We must keep in mind that often we achieve less than what we had originally aimed to achieve. If we only aim for keeping our children from using swear words, the chances are our results will slouch at some point, and they may actually end up using profanity. However, if we try to aim high, and keep away from any insulting words or words that have no beneficial meaning, then even if we achieve less than our goal, inshaAllah they will still be safe from using profanity. And if we achieve our goal then alhamdullilah we definitely, with Allah’s help, have raised our children to a higher moral standard and kept them from اللغو.

اللغو: generally means any word/speech that is purposeless, does not bring about any benefit and is considered ill-speech.[ii]

Allah ‘azza wa jall told us that the people of Jannah will be safe from اللغو:

Most importantly, Allah ‘azza wa jall described those believers who are successful as:

وَالَّذِينَ هُمْ عَنِ اللَّغْوِ مُعْرِضُونَ
“And they who turn away from ill speech.” (23:3)

I now conclude with the last part of the verse from Sūrat’l-Aḥzāb. Though Allah commands us to say قَوْلًا سَدِيدًا, He gives us an incentive:

The result of using righteous words and pleasant speech leads towards Allah’s forgiveness. Allah ‘azza wa jall improves and corrects one’s action and replaces the bad deeds and forgives one’s sins. This is the reward of those who are mindful of their speech and selective of their words so much so that using insults towards others doesn’t suit their personality anymore.

Knowing the blessings and excellence of clean language should only makes us more fervent to instill the habit of using good words and eliminating any foul/insulting words from their daily language. Hence, I urge parents to carefully monitor the selection of their children’s words and their own words at home.

May Allah ‘azza wa jall give us and our children tawfīq to use قَوْلًا سَدِيدًا.