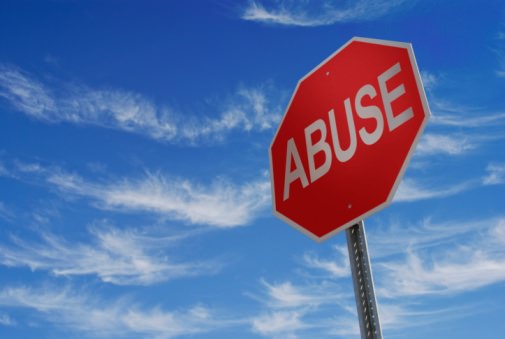 “I wish my husband dies,” a Caucasian sister quietly expresses her deep desire, which she thinks will end her miserable marital situation. She is married to a Moroccan man and has been abused throughout her married life.

Her abusive relationship has brought her to the point of wishing for her husband’s death, but she is unwilling to get out of the marriage for only one reason: financial instability. Her husband is the breadwinner and she left her studies to convert and marry him. If she leaves the marriage, she will not have anyone to support her or her children.

Another sister is in a worse situation; her husband not only verbally abuses her, but also suffers a sexual addiction. She also remains in her marriage because she is unable to financially support herself and her children. She says if anyone from her family could buy her an accommodation she would leave her husband the same day.

When it comes to domestic violence or abusive relationships, the issues of shame and dishonor have often been addressed. However, there are other reasons why women endure:

Many Muslim women endure domestic violence because they do not have the financial means to support themselves or their children. In most cases, husbands are the sole breadwinner and the wife becomes highly dependent on him for financial support. She would rather take the abuse than try to become financially independent.

Even in current times, many parents continue to put more emphasis on their sons’ education and undermine that of their daughters. As soon as a good suitor approaches, parents marry their daughters off without taking any future commitments to the completion of her education.

It is a well-known fact that divorced Muslim women have a hard time remarrying, especially if they have children. The fear of living a life without a husband seems more difficult than having one who is abusive.

Sometimes women with education and financial stability tolerate domestic violence just to maintain the image of being in a stable relationship. In their minds, an unsuccessful marriage is conceived as a failure on their part. Their ego stops them from being known as the “victims” of domestic violence.

For the Children’s Sake

At other times women drag along their relationship just so that their children don’t have to grow up in broken homes. They believe a family with a mother and father is better than one with a single parent.

No matter what the reason may be, there is no excuse for enduring injustice. Unfortunately, in many cultures, there is so much negativity associated with seeking help through a third party and/or pursuing a divorce, that many women willingly endure domestic violence rather than protect their rights.

First, let us realize that not every case of domestic violence has to end in divorce. True, there are cases that definitely require a divorce, but there are other cases that can be sorted out without one. One may never know until they seek professional help.

2.    Your Marriage is not SOLELY your Responsibility

Do not be deceived into thinking that you are the one responsible for disclosing the “secrets” of your marriage by seeking help. You need help, your spouse needs help and your marriage needs help. If your spouse was sick, would you not go to the doctor to help explain his/her situation? Only selective people need to know what is happening in your marriage. Seek help though a professional and through close family members and friends whom you can trust.

You will not be putting your children though any “embarrassing” situation should you seek help though a third party. They will, in fact, appreciate any help you can get to resolve the issue, rather than growing up watching their mother being abused by their father.

In case the solution is a divorce, again it is better for the children to grow up in an outwardly broken home rather than growing up, emotionally traumatized, in an internally broken home, trying to keep it a secret.

Complications of Remarriage, Financial Instability, and the Muslim Community:

In cases where the solution is divorce from an abusive relationship, the quandaries of remarriage and financial support need answers. We are not living in the time of the ṣaḥābah, where divorced/widowed women had no difficulty in remarrying. It is not practical for women to live a single life. Even when offering polygamy as a solution, hardly any brothers are willing to marry a divorcee with children.

Neither are we living in ‘Umar

’s time, who had set up an excellent support system for single women with no male family member to support them. Many sisters in the US do not work, and solely rely upon the husband for financial support.

Please do not misunderstand me. I am not suggesting that due to these challenges a destructive marriage needs to drag, rather I am encouraging the Muslim communities to think of solutions for these issues.

“He [Allāh] will make for him of his matter ease.”

While we find the practical solutions, let me remind my sisters and brothers who want to leave an abusive marriage to put their trust in Allāh as He instructed us.

“And whoever fears Allāh – He will make for him a way out And will provide for him from where he does not expect. And whoever relies upon Allāh – then He is sufficient for him.” (Al-Ṭalāq: 2-3)

It is interesting that Sūrat’l-Ṭalāq (divorce) is full of verses reminding us about putting tawakkul in Allāh and solely relying on Him for support. There are several reminders in this surah that Allāh will bring ease and Allāh will not overburden a soul, subhanAllāh.

When a family member was getting married, her husband-to-be, who is a very practicing brother mashaAllah, did not deem it necessary for his wife to complete her education. Though her parents wanted her to, they didn’t want to miss the good proposal either. The suitor promised that he will provide his best for her as long as he lives, and in case anything was to happen to him, then his wife should put tawakkul in Allāh and make the best of her situation.

Alhamdullilah the need never arose and the parents didn’t have to regret their decision. But, there are other cases where the husband turns out to be a very different person than what he had appeared initially. Daughters have to make the “best of their situation”.

I believe the necessity of educating our daughters (not to mention the importance of education itself) is vital, especially in our times. I am a proponent of early marriages, but I also believe that a higher education for our daughters is “tying your camel’s rope”. Allah knows best.

Parents will have to come up with ways to support both early marriage and education without one becoming a hindrance to the other.

protect Muslim families, bless their marriages with love and harmony, and protect our children and bless them with salih spouses, amin ya rabb.