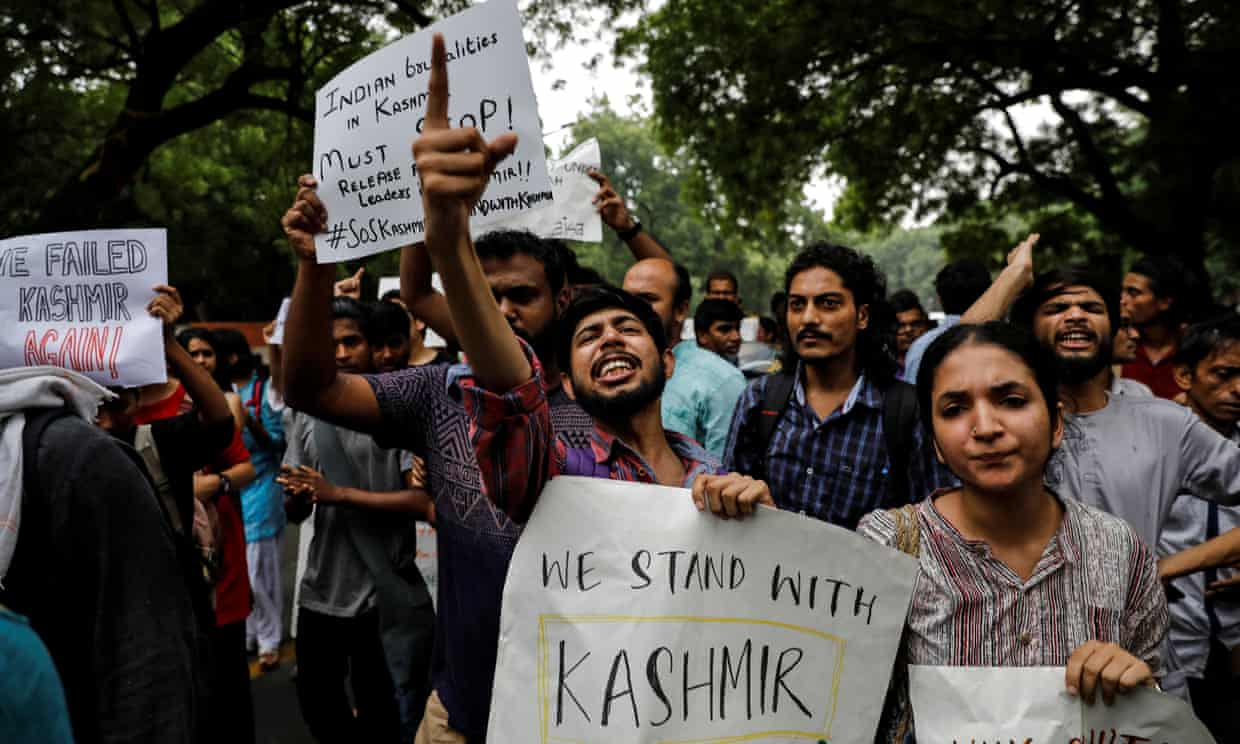 A dark day looms over Indian-Administered Kashmir, a Muslim majority region at the heart of a dispute between Pakistan and India. The two countries are at odds over its governance, with direct impact to the welfare and security of the Kashmiri people. On Tuesday 8-6-19, the Indian Parliament passed a bill that strips Kashmir of statehood and places them under indefinite lockdown.

“Kashmiri leaders are appealing to the world to stop the imminent genocide of Kashmiris. Genocide Watch in Washington, DC has already issued a Genocide Alert for India, the so-called “largest democracy in the world” because it has cancelled citizenship of four million Indian citizens, mostly Muslims. This reflects the early stages of a genocide in process.” –Soundvision.com

Kashmir is home to massive energy resources, such as oil and natural gas, non-ferrous metals, uranium, gold, and is abundant in hydropower resources. These too are factors considered in the political movements of India and China. Kashmir’s geopolitical advantages are no secret, and adding China to the political struggle makes three countries trying to benefit from Kashmir’s geographical position.

Kashmir neighbors the Xinjiang Uyghur borders, and China has played a role in both areas. China’s stronghold on Xinjiang revolves around access to Europe and Central Asia. China needs Kashmir to access the Arabian Sea and the Indian Ocean. Kashmir is landlocked between China, Pakistan, and India. Pakistan hopes to use infrastructure built under the CPEC initiative to connect by land directly to both China and Central Asia. With that said, Pakistan wants to take advantage of its geographic positioning by serving as a gateway to Afghanistan, then Central Asia, using the CPEC corridor (the China-Pakistan-Economic-Corridor), which has parts of that corridor that go through Pakistan-controlled Kashmir.

This is upsetting India. India’s ambassador to China, Gautam Bambawale, made a comment in an interview about CPEC saying it “violates our territorial integrity. India believes the CPEC project undermines Indian sovereignty because it passes through a Pakistan-administered part of Kashmir that is still claimed by India.” India also fears the chances of a People’s Liberation Army presence or even a Chinese naval base in Pakistan’s Gwadar seaport, as part of the CPEC corridor.

India has been working on its own project, International North-South Transport Corridor (INSTC), it is intended to link trade routes between India and Central Asia, Russia, and Europe. Unlike its competition (Pakistan and China), India is unable to directly trade through the land to those regions using INSTC. To make this corridor successful, India will need to collaborate with Iran and use their ports.

India needs Kashmir, and Modi is using hateful nationalism to get the people to support his actions. The part of Kashmir that is needed is not under India’s control, and must be occupied in order for India to have direct access to Central Asia, Russia, and Europe.

Birds of a feather flock together.

Israel’s Minister for Construction and Housing Yifat Shasha-Biton, while addressing a conference of Indian realtors’ body Confederation of Real Estate Developers Association of India (CREDAI), called India an “economic power” with whom Israel shares common values.  India using colonization tactics has made allies with the Israeli government, a master on occupation and oppression.

“Kashmir is under siege…do not let the enforced silence drown our voices.”:

Please keep the people of Kashmir in your prayers. We cannot sit idly while this occupation continues. SoundVision has shared 5 things anyone in America and Canada can do.

A message from a Kashmiri

“Around 10 pm, a message flashed across our phones announcing that, as per the request of the central government, all domestic networks were to be shut down indefinitely. All mosques, any place equipped with a loudspeaker, began announcing total curfew from 5 am tomorrow……..

You have stripped us of our rights and incited unrest yet again into a peaceful and beautiful place. This time, I pray, you will not escape the international consequences your actions deserve. Rest assured Kashmiris will not break and Kashmir is not gone. Our stories, our language, our heart and our people are stronger than any country can dream. Even under these circumstances, I am sure inshaAllah one day we will be free. One day, Kashmir will be free.” Sanna Wani via Twitter

Related Topics:FeaturedIslamKashmirmuslimsStand with Kashmir
Up Next

OpEd: Why We Must Reconsider Moonsighting

The Etiquettes of Sacrifice for Eid al Adha