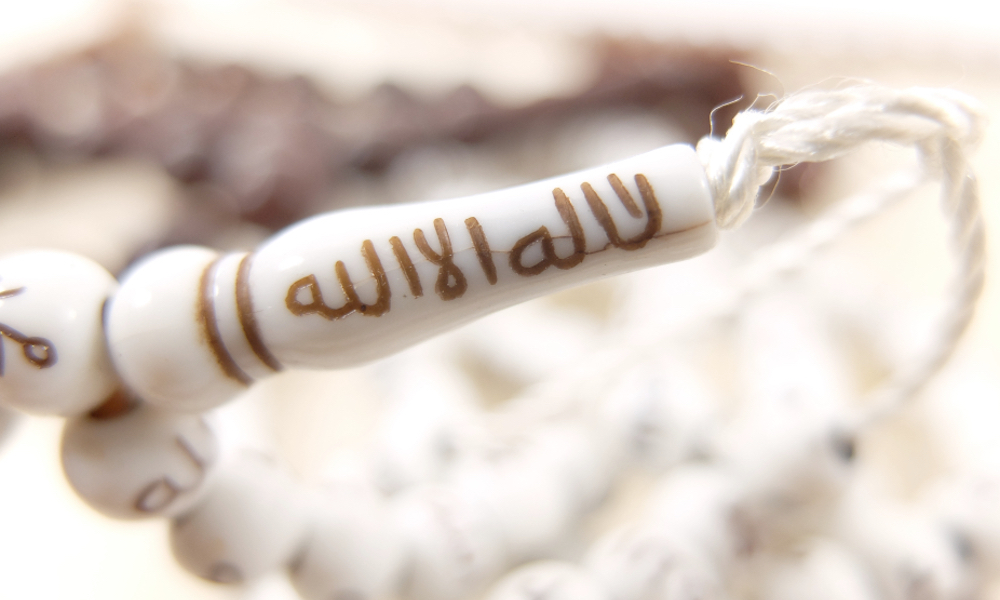 It feels like we’re living in the times that were described by the Prophet ﷺ in a number of different narrations. The Prophet ﷺ said, “A time will come upon people when a person practicing his religion with patience will be like one holding on to a burning ember.”

told those who were complaining about the trials and difficulties they were facing at the hands of Hajjāj ibn Yusuf, “There is no year, except that the one that is after it will be more evil than it, until you meet your Lord. I heard this from your Prophet ﷺ.”

Similarly, the Prophet ﷺ told us that we will face trial after trial, difficulty after difficulty. The Prophet ﷺ said that near the end of times the Ummah will be faced with trials and difficulties that it will dislike. Then he said, “There will be tremendous trials one after the other, each making the previous one dwindle into insignificance. When they would be afflicted with a trial, the believer would say: This is going to bring about my destruction. When at (the trial) is over, they would be afflicted with another trial, and the believer would say: This surely is going to be my end.”

This week, the Muslim ummah was faced with another devastating trial. Two separate mosques were attacked by a right-wing extremist in New Zealand during Friday prayer. According to the latest report approximately 49 god-conscious, mosque-going Muslims were massacred in cold bold. This is an absolute act of senseless violence. They were killed in the masjid simply because they believed in the kalima la ilaha illa Allah… There’s absolutely no mistake that this was a cowardly act of terrorism. May Allah ﷻgrant all the deceased the highest ranks in Jannah and may He give patience and strength to their families.

This is a result of years of unchecked and unfiltered hate speech, xenophobia, Islamophobia, prejudice, and racism that has been propagated through the mainstream media. All of us know that the mainstream media, whether its CNN, BCC, or Fox News, portrays Islam and Muslims in the most negative light possible. There’s a whole well-funded industry of Islamophobia and propaganda dedicated to tarnishing the image of Islam and Muslims in the average person’s mind. They’ve created an environment where the word Islam has negative associations. To an extent that when someone hears the word Islam, they automatically think of violence, terror, bombings and the enemy.

Although the perpetrator himself carried out the massacre in cold blood, I can’t help but place blame on all those who demonize Islam and Muslims. Part of the blame rests with those politicians who use fear-mongering, hate and prejudice to paint Muslims as the “other” just to win votes. They say outlandish things like Muslims are colonizing and invading our countries. That they want to take over and impose Sharia Law. They introduce anti-Sharia bills to create more fear. Part of the blame goes to these obnoxious, loud-mouthed, bigoted pundits, like Bill Maher and his likes, who constantly spew inflammatory rhetoric from their influential platforms. Part of the blame goes to people like Lauren Southern, Tommy Robinson, Richard Spencer, Pamela Geller, and Frank Gaffney who are openly prejudiced towards Islam and try to create a sense of hate and fear in their viewer’s hearts. They openly speak of something they call “the Muslim problem”. Part of the blame goes to all these other bigots who use their influence to preach against Islam. There are so much bigotry and fear-mongering that at times it seems overwhelming. There’s so much bias, hate, and prejudice that sometimes we feel stuck. And it’s this rhetoric, this hate, this prejudice and bigotry that has created an environment that would allow for something like this to happen. Senseless acts of violence like this don’t happen in a vacuum. There are circumstances that are created that allow them to take place.

This tragic incident really hit home for a lot of us. Part of the reason is that Muslims living as minorities can actually relate to it. It feels real. It is real. The individuals killed in the masjid could’ve been any one of us. It could’ve been any one of our family members and that’s a scary thought. Whenever we see Muslims in pain, struggling, dealing with death and loss we’re supposed to feel that pain as well. As the Prophet ﷺ said, “The believers are like a single body. If the eye hurts the entire body feels the pain. If the head hurts the entire body feels that pain.” All of us are feeling that pain. I can’t even begin to imagine the amount of pain the parents and the families are feeling right now.

How do we channel this pain?

How do we deal with it? What are we supposed to do? One thing that we can definitely take solace in is the fact that the Prophet ﷺ, the last and final messenger, our role model also felt that pain. He experiences similar trials and hardships. There was a very powerful anti-Islam, anti-Muslim sentiment among the people of Makkah. The Prophet ﷺ himself was attacked both verbally and physically. He dealt with the pain of rejection, prejudice, bigotry, and hatred. He had to deal with the pain of seeing some of his closest companions tortured, beaten, persecuted, and even killed. Yasir, his wife Sumayyah and their son ‘Ammar

faced painful persecution at the hands of Quraish. Yasir

died as a result of his persecution and his wife was killed by Abu Jahl just because they were Muslim. They were made to feel this pain, to go through these trials, difficulties and struggle to make them stronger. To develop their faith, personality, and character. This pain didn’t cause them to give in to fear; it didn’t make them scared. Rather, it made them stronger.

In multiple places throughout the Quran Allah ﷻ teaches the Prophet ﷺ how to deal with this pain. How to derive strength from these trials and hardships. When the people of Quraish rejected him when they called him a liar, a magician, a sorcerer and a madman Allah ﷻ told him, “So be patient, [O Muhammad]. Indeed, the promise of Allah is Truth. And ask forgiveness for your sin and exalt [Allah] with praise of your Lord in the evening and the morning.” Allah ﷻ told him to seek strength through patience and prayer.

To focus on his relationship with Allah ﷻ. Allah ﷻ told him something similar in Surah Taha, “So be patient over what they say and exalt [Allah] with praise of your Lord before the rising of the sun and before its setting; and during periods of the night[exalt Him] and at the ends of the day, that you may be satisfied.”

These are the same words of advice that Allah ﷻ gives to us as believers, “O you who have believed, seek help through patience and prayer. Indeed, Allah is with the patient.” The true strength of believers has never been through financial or physical means. Their true power has always come through their spiritual strength. These incidents are meant to push us closer to Allah ﷻ, to unite us, to strengthen our faith, and make us more dedicated to our religion.

These are wake up calls. Allah ﷻ is literally shaking us and telling us to come back to him. It’s time to come back. That’s the only true way of changing our situation.

White Activism Is Crucial In The Wake of Right-Wing Terrorism

On New Zealand and Dehumanization