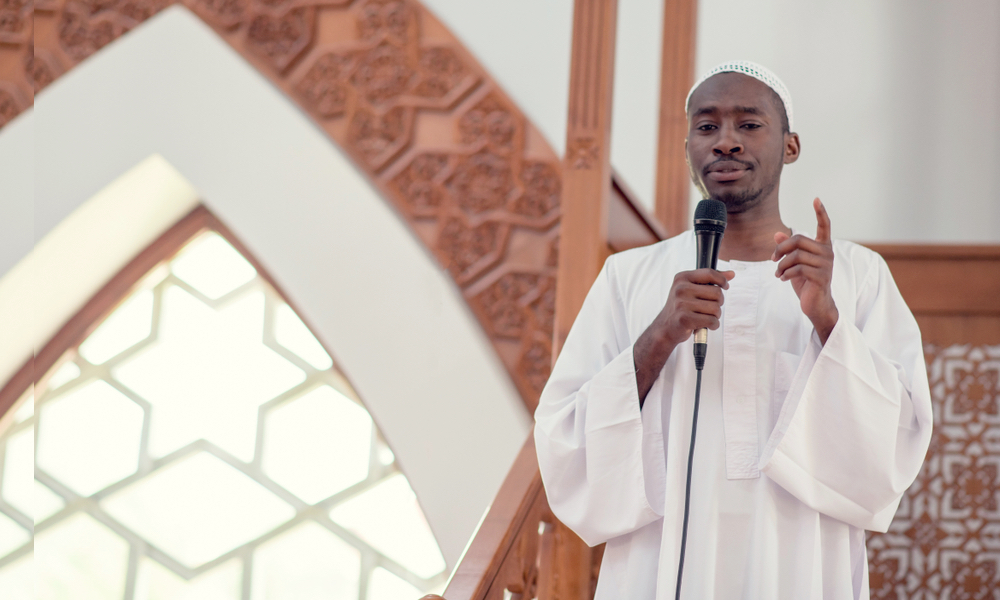 In December 2005, I formally took my first Imam position at Masjid Abu Bakr in New Orleans where I would serve for 6 years. With the recovery of the city after Hurricane Katrina underway, it was a stressful time with many other masajid not having their imams back. At that time, I was just a “local imam.” My national profile was minuscule and I used to routinely invite scholars and preachers to benefit our community.

All the while, I barely had a minute to myself. I was expected to do everything from keeping the library clean to marriages and divorces, and counseling, and funerals, and teach Quran, organize events and handle every little detail, and interfaith work, and assist in disaster relief, and still fundraise for our expansion projects, and of course save everyone’s kids from destroying themselves.

I had just gotten married in 2007 and lost my mom (may Allah have mercy on her) the same year. Living 2 houses down from the masjid, people would knock on my door regularly in the odd hours of the night when we had just put our first baby girl to sleep, block my driveway during salah times, and request drive-by marriage ceremonies at any time of the day. I felt like a doctor on call, all the time. But I definitely didn’t have a doctor’s salary.

And for some people, I still was falling short. I would be questioned for every salah I didn’t make at the masjid, usually because I was tending to someone’s needs. My khutbahs, recitations, and clothing style were constantly up for debate. And my boss would effectively change every year because of board elections.

Now, let me stop here and say that I loved my masjid and left on great terms to pursue other opportunities. I made friends that became family, and I wouldn’t trade those 6 years for anything. But the lifestyle I just mentioned certainly wasn’t unique to me. I know many imams who work tirelessly for their community only to constantly be deemed insufficient.

And in recent years, a particular critique has become common: “Why can’t you be more like (insert “celebrity shaykh” name). Suddenly, I find myself on the other side of that equation. Imams and scholars are put down in my name. And though I despise the term “celebrity shaykh” and certainly never asked for it, I fully recognize that scholars and teachers that don’t have my profile are abused by it. Hence why I’m writing this article in defense of the imams and scholars who do so much for their communities on the ground, only to be diminished because they don’t have an inflated online presence.

Most of my teachers would never be recognized by those who know of my work. My father-in-law was the imam of a masjid for over 2 decades and played a significant role in developing me not just with ijazas, but as a person (and of course, I owe both him and my mother in law for my wonderful wife who has helped develop me every day for the last 12 years).

Some of my most blessed teachers that reside right here in the United States hold regular classes that are underwhelming in attendance. This past weekend I had the blessing of sharing the stage with one of my beloved teachers and mentors, Dr. Hatem Al Haj. I would do anything for the opportunity to sit in his classes on a weekly basis even now. And when it comes to just sheer work being done for communities, the Imams in inner cities (particularly from the community of Imam WD Muhammad) have been torchbearers. I am put to shame when I compare my own work to Imam Rafiq Numan in New Orleans or Imam Khalid Shahid here in Dallas.

So a few points to consider:

May Allah reward you AND YOUR FAMILIES for all that you do for OUR FAMILIES. May you be celebrated by Allah and the inhabitants of the heavens. That is where true “fame” lies.

And to those who abuse their local Imams in the name of us “celebrity shaykhs”, please stop it. #NotInMyName

To The Holy Land: Crossing The Border | Part 1 of 4