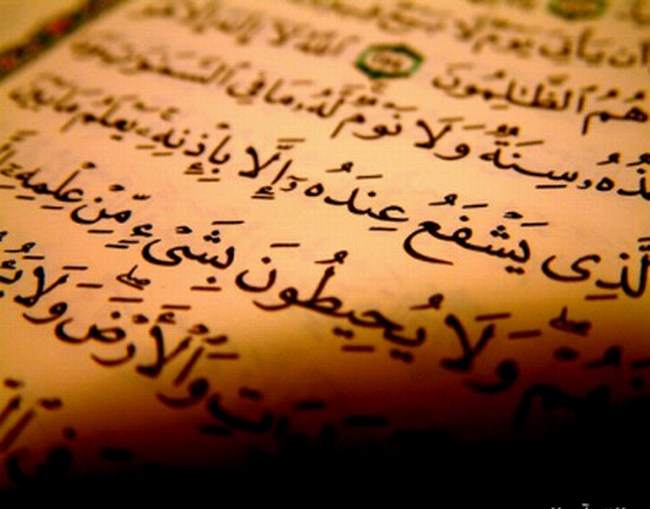 IbnabeeOmar blogs about organizational development at the Muslim Strategic Initiative. This article was initially posted there and is cross-posted here with a new epilogue.

Slate raised the issue of the salaries of religious clergy highlighting salaries of Priests and Rabbis. Data about Imam salaries was (un)surprisingly hard to find.

The topic of imams’ salaries is for some reason a touchy one, but it is not a complicated issue if approached objectively. We have previously discussed what to look for when hiring an imam. Communities though, set extremely high expectations of what they want.

If those qualifications and expectations were to be put on someone in any other working environment, I would venture to guess the salary discussion would start somewhere in the neighborhood of $200,000 a year.

If your community wants a Superman imam, then they need to be ready to pay a Superman salary.

Aside from that, an imam should be assessed by any other normal scale. Check a person’s qualifications. Someone with a Master’s in Islamic Law and 15 years experience leading a community should command a higher pay than a fresh graduate with no experience. Most masjids though, just have a set amount that they throw at whoever fills the position regardless of qualification.

Along with qualification there needs to be a built in growth mechanism (or career advancement). As the imam gains tenure in the community, the salary should be raised accordingly based on their performance [something ideally settled on in the interview process].

The problem that we run into is we want imams who will give 80 hours a week, but be paid based on 20. In our secular fields, if we have a 4 or 6 year degree, we expect a certain minimum salary to be commensurate with our experience and education. For some reason, we feel this does not apply to imams as if studying Islam and serving or leading a community do not really count.

If we need someone to spend 30-40 hours a week in the masjid, provide 10-20 hours a week of counseling, and on top of that be constantly on-call for marriages, funerals, and other emergencies, then a pay structure should be built to reflect that. Regular jobs that have such requirements will either pay high enough that they can make someone salaried and they will deal with the hours, or there are incentives built in (overtime and on-call pay).

Unfortunately, not only are we not there yet, but we don’t even offer the most basic of benefits yet such as healthcare and reimbursements for education and development. The fact that Slate could so readily collect salary data from the Jewish and Christian communities, but had no starting point for the Muslim community speaks volumes about how far behind we are.

If we truly want community leaders who lead us in prayer, deliver the khutbah on Fridays, counsel our families, and teach our children then it behooves us to make sure they are so well paid that they never have to worry about money. Buy them a house and pay them a full time salary on top of it. We need to take the benefits of a corporate pay structure and apply it to the masjid – with one huge caveat. We cannot adopt the ruthlessness and attitude that people are dispensable that permeates corporate leadership. These are our community leaders, the people we have entrusted our spiritual education to – make sure they are taken care of.

I personally feel that the imam position should be a 6 figure income (adjusted according to cost of living and so on). Smaller communities should still aim to pay at least 50-60 (if not closer to 80). These are simply rough numbers, but I want to throw them out there and move our communities past the expectation that we get tenured scholars who are on the same paygrade (or less) than most entry level positions.

Many communities are still living in a naive reality where they expect an Imam to take a pay of 30-40k just because they are “working for Islam” without any regard to supporting their family. Then we get upset when they take a second job to make ends meet, insisting instead that they dedicate their time to the community. In our non-Islamic professions we aim to secure the highest salary possible and feel insulted if someone offers less than our worth. Let’s stop doing that to our community leaders.

We don’t live in a Muslim country where there are endowments and government grants to support our scholars. Our communities have the money. Fund-raising is not the problem. We just need to understand that our investment in human resources should take precedence over our investment in architectural ones. In the 2 days since posting this article on muslimsi.com, there has been an outpouring of feedback via comments, Facebook shares, and even personal emails. Based on that feedback I felt it important to highlight a few points.

Most obviously, this is an extremely contentious issue in our community, and it is one that must be resolved in a way that allows our communities to grow and move forward.

In all these cases, the root of the problem is a lack of respect for the scholars and community leaders of our ummah. They are not perfect, but if they don’t guide us, who will? Our responsibility as community members is to help them grow, because the more that they grow, the better equipped they are to lead our communities. Instead, we find masjids that are expecting one of the khulafā’ al-rashīdūn to magically come and lead their masjid (and do so for a minimum wage salary at that). Many of our boards have yet to realize that the job description of an Imam in America is vastly different from what an imam does in nearly any other country in the world. The expectations we put on them are herculean to say the least.

This lack of respect comes from not understanding what function the Imam plays in the community. 99% of the people will never see the hours of marital counseling, family counseling, and late night phone calls that imams have to yield. They’ll never see the people who randomly walk into the masjid at odd hours dealing with drug abuse, emotional abuse, physical abuse, and sometimes worse trying to find help from the imam. They won’t see the hours of work that will go into preparing a 45-minute halaqah that is then only attended by 10 people.

Our communities are growing rapidly, and with that growth comes new problems and new situations that we must deal with. If we want to live our lives in a way pleasing to Allah, then it is imperative we supply our communities with people capable of leading them and helping us deal with those problems. I find instead that many masjids treat their imams even more ruthlessly than the worst of corporations, not realizing the need the community has for spiritual leadership. They nitpick at them in ways that make it appear as if they consider themselves to be angelic.

Aside from the arguments resulting from a lack of respect, the only other issue is money. I do not think money is an issue. In some smaller communities, it will be, and they’ll have to work through it. But I cannot fathom how seemingly every other masjid has multi-million dollar blueprints and expansion plans, but they can’t afford to invest in quality human resources. This is a joke. Without proper human resources, we will just have empty (but beautiful) structures. Put the money where it’s needed most.

One of the most promising developments I have seen is that there is a surge of people who want to serve this deen full time. They want to study Islam, they want to work for the community full time. But they are held back. Their parents will not stand for them taking a career in the service of Islam and instead push them into other professions. Now it may be easy to criticize a parent and say they are being short-sighted or materialistic, but I do not think that is the case at all. I think most parents have seen the way our communities treat Imams – the most telling sign of which is their low salary (as the saying goes, “put your money where your mouth is”) – and they do not want their children to have to face that.

If our masajid do not get their acts together on this issue, then we are planting a destructive seed that will prevent our development of sustainable scholarship in this country.