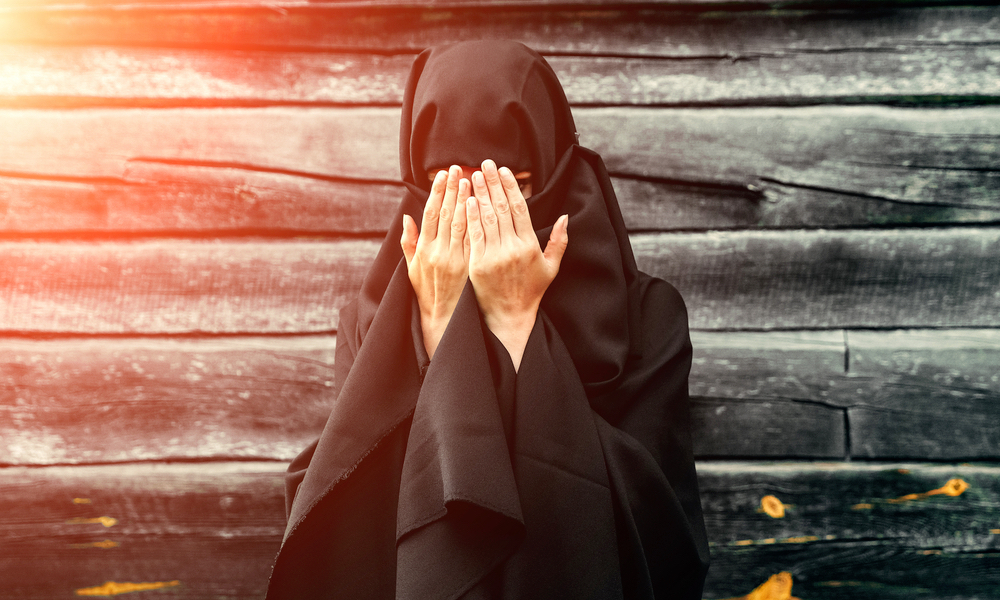 People often talk, write, rant about “Islam —the fastest growing religion in the world”. This is true. Pew research statistics highlight that Islam is predicted to be the dominant religion of the world by 2060. This is not simply due to conversions. The fact that a Muslim family typically has more children than other religious families also contributes to this growth. Islam does have a high rate of reverts, with a majority of women, accepting the faith. Yet, many ignore the darkness that eclipses this beautiful fact. Many reverts become apostates. This is what we hear from imams who pastor to converts, we hear this in revert chat groups.

Based on my experience, I did not say some of them, I did not say a few of them, I said many, if not most. So why? Why are reverts leaving Islam? After all of that sacrifice and hardship which come with the territory, after being rightly guided and accepting the oneness of Allah

why would they then decide to leave?

The overwhelming emotional state you will see in any revert group — online and offline— is one of isolation and lack of acceptance. It is neither the lifestyle nor their beliefs.

Upon the shahadah, the born Muslim community smiles in our faces and says,“Mashallah, you chose Islam. You are so great!”

Then they walk away and leave us alone in our newly Muslim state. Like a child we are entering a new life, a new way of thinking and perceiving the world. We don’t always know what to do; we don’t know who to trust or who to listen to. Many assume others are helping us or have become our friends when truthfully, most of us spend our Eids alone and we break fast alone. Many of us have never even stepped foot into the house of another Muslim. Majority of reverts are alone in their walk of faith.

Last Ramadan, I stopped going to community iftars. I regret it, but I did that for one reason. I didn’t want to feel like a stranger anymore. Sure, people that know me greet me with kind words and some of the sisters in my community have beautiful hearts, but I end up eating by myself. Sometimes, I even sit on the ground by the playground. Rather than looking like the unpopular girl that no one wants to sit with, it looks like I am  watching my child swing.

Eventually, we don’t want to feel this anymore, it feels like rejection. So what do we do? We back away from the community. We isolate ourselves, even more (which is dangerous), because we don’t want to keep feeling like an outsider. We are left without any support network or other believers around us, and we try to brave the disbelieving world alone.

How many born Muslims find it hard to live in a society full of Islamophobia and traditions that go against their lifestyle. Reverts typically do this alone. 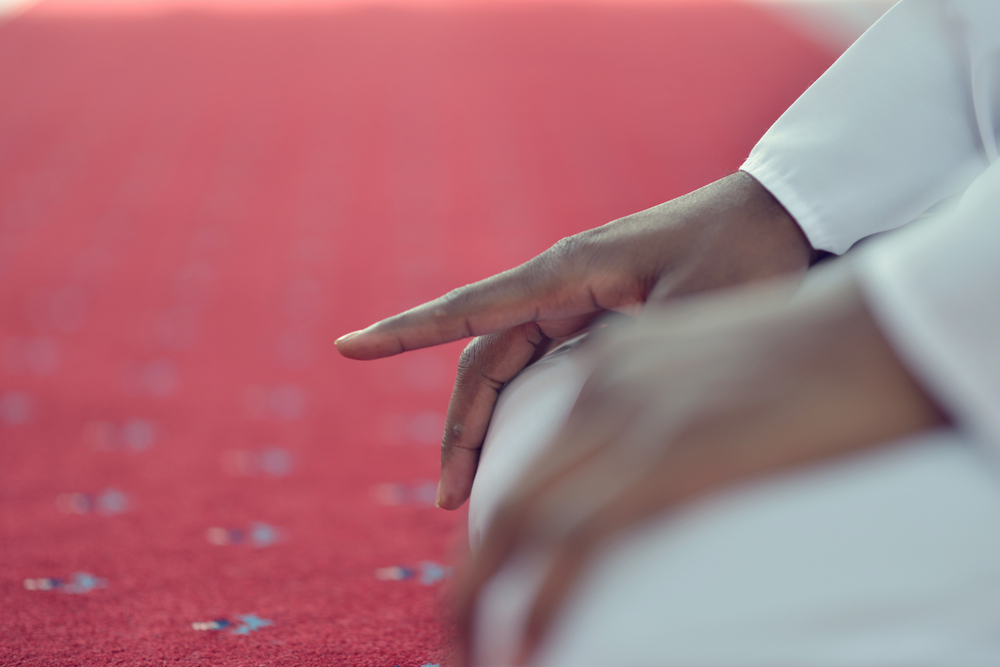 The Left and the Right

Often, we are told this is haram, that is haram, you need to stop doing that. Yet, the earliest Muslims focused on aqeedah before legislation, so why are we expected to become an Islamic scholar overnight? Then, we face the other side of the spectrum, the so called ‘moderate’ Muslims on the extreme left. The liberals and the self proclaimed ‘Islamic feminists’, who insist hijab is not fard, neglect their prayers and have dust covered Qurans on their bookshelf. They tell us to loosen up and “why are you being so extreme, born Muslims are not this strict— so why are you”. One sister told me I was like ISIS, because I stated that only sexual acts within the sanctity of a permissible marriage are considered halal forms of intimacy.

We are told on the left that we are too strict and we are told on the right that we are not strict enough. We are searching for where we belong, but the truth is we are strangers in this world. Strangers in our western society where we grew up and strangers in the Muslim community because we are different. We have to learn to embrace that strangeness and let it become part of us-we won’t escape it, so we have to cope with it.

“Abu Huraira reported, The Messenger (peace be upon him) said, “Islam began as something strange and it will return to being stranger, so blessed are the strangers.” Sahih Muslim 145

Let me explain to you what reverting to Islam means for most of us. We all have our own unique stories of what led us on this path, but after taking our shahadah, the stories become all too similar. Slowly, we lose most if not all of our friends, not necessarily because they judge Islam, but because our lifestyles are so vastly different. Some reverts are shunned by their own family. I knew a revert who is not allowed to pray in her mother’s house, they force her to pray in the backyard. Some of us are blessed and have some family that try to understand (Alhamdulillah), but all too often many lose the majority of their loved ones.

We give up our past identity and our very way of life. All we have become accustomed to is changes. The person we were prior to shahada is gone. Imagine for a second, truly sit back and imagine if you walked away from the life you have always known and changed yourself from the inside out in a massive way. Cutting yourself off from what you have always known and have always been, in order to willingly adopt a completely new lifestyle. When you adopt this change, you expect acceptance. Instead you come to realize you are an outsider on both sides, caught between two worlds.

A Hardship I Do Not Wish on Any Muslim

For those reading this that are born Muslims, have you ever thanked your family for raising you as a Muslim? You should. Take a moment to appreciate the blessing in being raised in a Muslim household, being taught how to pray and always knowing about the Final Prophet

I want you to really feel what I am about to say because this is a heartbreaker for reverts. Imagine if your mother and father were disbelievers, and now imagine they died in a state of disbelief. Let that sink in. You know the potential implications. Imagine your aunts and uncles dying as disbelievers. The Prophet (peace be upon him) could not make duaa for his own uncle. We have to obey this example. For reverts, this is usually our entire family.

How to Cope as an Isolated Revert 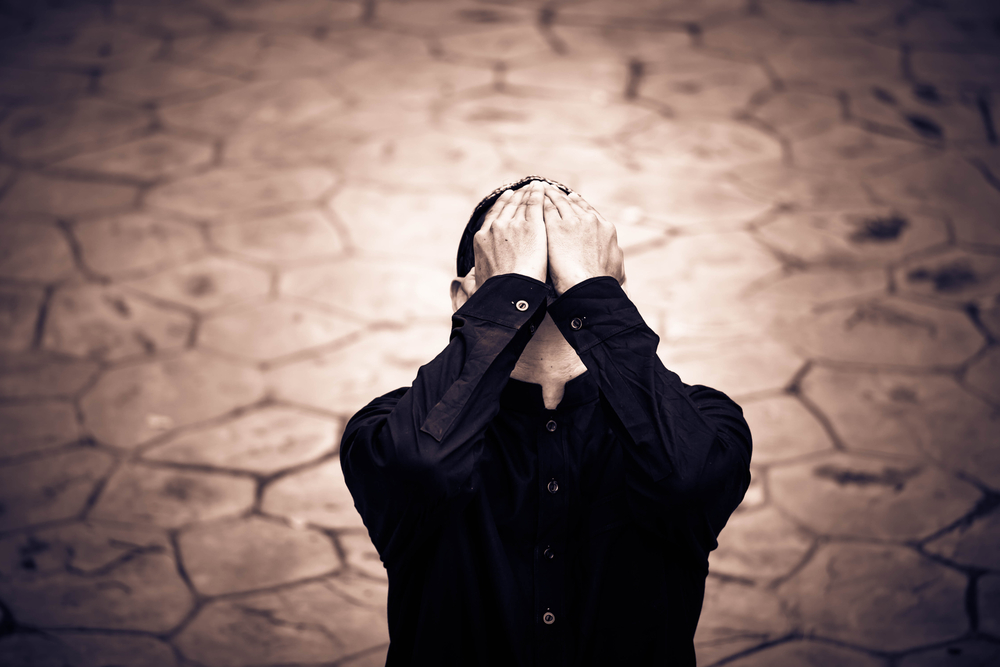 As reverts, the best source of strength is going to be our iman. We have to rely upon it or we cannot make it. We must remember that the first generation of Muslims were all reverts! Looking to this example we see the first martyr Summaya , a mother and a wife, whose life was taken because of her faith. We see the countless sahaba that were tortured; we see the example of Bilal crying out ONE GOD as they mercilessly tortured him on the burning sand. (May Allah be pleased with both of them) The Prophet

was pelted with rocks from children for simply trying to do dawah.

In looking to Islamic history we see countless examples of strength during adversity. Yes, we must face anti-Muslim bigotry and yes we face feeling ostracized on both ends, but these tests are not nearly as harsh as what the sahaba endured.

“Do the people think that they will be left to say, “We believe” and they will not be tested?” Quran 29:2

This is where I tell you change your perspective, change your heart. These hardships are like proving grounds. This isolation and pain is our jihad, alhamdulillah. We can choose to fall apart and say it is too much, or we can choose to stand up and show gratefulness for these tests! If you are isolated, then know that you are never alone, Allah (Glorious and Exalted) sees us and knows all.

Angels are always at your side recording all that you do, every struggle is recorded and every time you say ALHAMDULILLAH during those struggles it is known.

Every time you fall to your knees crying for strength and pouring your heart into sincere duaa, it is heard.

Every tear is a blessing. Just as hot water cleans and purifies, our heated hardships can clean our hearts if we allow it.

Monique Hassan is a writer specializing in behavioral health and Islamic psychology . She also works at an inpatient behavioral health hospital. She has a bachelors of science in psychology with a biology minor and is certified in crisis prevention and intervention. She is a revert, a wife and a mother. Visit her website www.MoniqueHassan.com
Share5.60K
Tweet8
WhatsApp
Reddit66
5.68K Shares

Social Media And The Struggle for Tomorrow

Monique Hassan is a writer specializing in behavioral health and Islamic psychology. She also works at an inpatient behavioral health hospital. She has a bachelors of science in psychology with a biology minor and is certified in crisis prevention and intervention. She is a revert, a wife and a mother. Visit her website www.MoniqueHassan.com