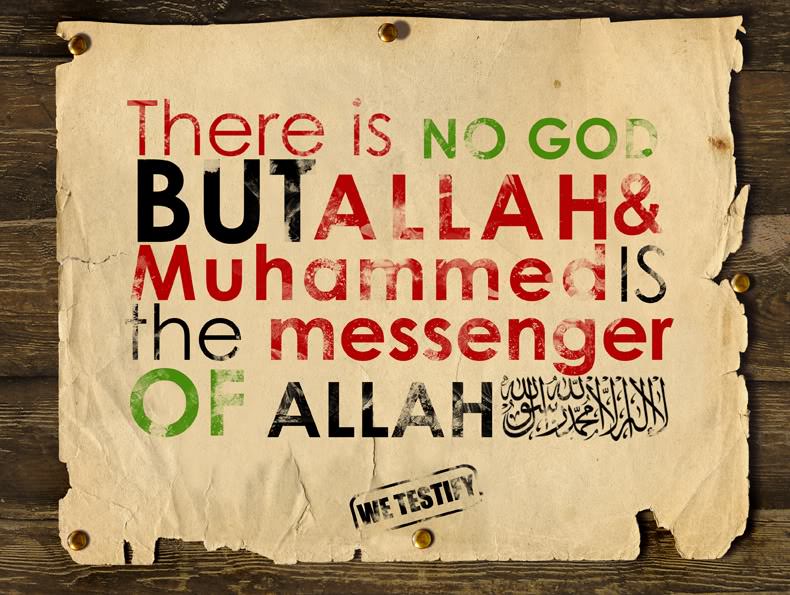 By the grace and mercy of Allah, my mother accepted Islam last year in April. After having made du’a for this for my entire existence, I can safely classify that as the best day of my life. By the next day, the news of her conversion had spread throughout the community. My mom had just taken her shahādah, was not yet wearing ḥijāb, and was still adjusting to such a huge change, when a nice Bengali auntie in niqāb took it upon herself to give my mom her first and most important advice (sarcasm intended). She approached my mom and said in a thick accent “Sister, what is your name?” My mom responded, “Tara…” The auntie asked her, “No, no….I mean your new name.” So my mom says “Uhhh…I’m going to keep my name.” The woman looks troubled and then proclaims, “No, no, I must now give you a nice Islamic name. I have re-named you………Fatima.”

We’ve all seen it happen time and time again…There’s a crowd gathered in the masjid. The Imam goes up to the microphone and happily shares the news that someone would like to publicly accept Islam. Everyone gets out their camera phones, the women flood into the main hall, and the more often than not nervous new Muslim approaches the microphone to repeat the shahādah in a language completely unknown to them. The moment they finish their proclamation, the foundation of the building shakes with the sound of hundreds of excited Muslims screaming “Allāhu Akbar!” at the top of their lungs. The new Muslim is then showered with more hugs and kisses they have likely ever received in the span of their life, and voila: we have a new member of the Muslim community. Everyone goes home feeling elated and inspired, but far too often that is the last time they will think of that new Muslim, now alone somewhere driving home from the masjid.

We are living in a time where Muslims are no longer living in the shadows, and people are flooding to Islam without ever having been given “organized da‘wah.” This fact is one that needs to be accepted by every masjid and every Muslim community in the West. We no longer have the luxury of remaining unprepared and unorganized in the field of New Muslim Support. With da‘wah coming to our doorsteps, the least we can do is have a system in place to teach, mentor, and support our new Muslim brothers and sisters.

When a person accepts Islam, aside from the peace and contentment they gain from submitting to Allah’s way, they are also diving headfirst into an entire new lifestyle and belief system. Shahādah is only the first step of the journey, and what follows it is not always an easy path. Firstly, a new Muslim must learn the basic beliefs and actions of being a Muslim. Additionally they must learn how to make wuḍū’ and pray properly, eventually learning the prayer in Arabic. As they have just stepped into a new faith, they will often have multitudes of questions regarding a variety of Islamic issues. On top of this, they are most likely dealing with one or more of the following issues: Problems with family, being kicked out of their residence, drinking or drug issues, poverty, work related challenges, or any number of other things.

As the icing on the cake, many also have to deal with drama from the Muslim community itself. Common issues include being pressured to change everything about their life overnight, being judged for not yet wearing ḥijāb or dressing properly, accusations of being a spy because of their non-Arab/desi heritage, and many other issues. A story from my local community displays this all too well: A brother had recently taken his shahādah, and soon after, he came to his first Friday prayer. A man in the masjid heard this new Muslim brother praying in English and approached him saying, “You’re going to Hell if you pray like this.”

New Muslims need mentors to teach them, support them, and guide them through their new journey as a Muslim. When they have someone that has warned them about these issues and is constantly helping them, teaching them, and answering questions, they feel supported and confident that they have someone to go back to. The lack of such a person, however, will leave the new Muslim feeling isolated and unaware. Attempting to go through any combination of these issues alone without any support is often the reason why many new Muslims end up leaving Islam. In recognizing and highlighting these issues, the need for New Muslim Support Systems becomes blatantly clear.

In 2009, a group of brothers and sisters at the Islamic Institute of Orange County (IIOC) sat down to define the scope of the newly created Dawah and Outreach Committee. It didn’t make logical sense to give da‘wah, bring people into Islam, and then have no system in place to take care of the new Muslims. So it was decided the responsible thing to do was to create a New Muslim Support Group (NMSG) before planning any da‘wah endeavors. Under the leadership of Br. Khalid Mansour, we began working to develop this system. Yet as we looked to other communities hoping to benefit from their examples, we were shocked to find that roughly 95% of masājid in the U.S. had absolutely no system in place for new Muslims. Realizing what a magnanimous void existed, the team at IIOC developed and continues to update and improve the NMSG: a model that can be implemented in any community.

How to Start a New Muslim Support Group in Your Community

Firstly, what exactly is a New Muslim Support Group? It’s a “buddy system” with a set curriculum and set protocols for interaction. It is an organized way of ensuring that when someone walks into the masjid and accepts Islam, you already have a trained mentor lined up who will be assigned to the new Muslim. The mentor will then be their main person of contact and will take them through the curriculum, teaching them the basics of Islam, how to make wuḍū’, how to pray, etc.

Here is what you will need:

1.  Get your local Imam or Community Leader involved and aware: This will help get the community in tune with issues facing new Muslims and how to act appropriately (And how to not act like “Your new name is Fatima” lady or “You’re going to Hell” guy).

2.  A highly dedicated and organized leader: This person will be managing the entire NMSG and therefore must be professional, responsive, and altruistic.

3.  Curriculum for new Muslims: IIOC has created a comprehensive curriculum geared towards a new Muslim who is starting from scratch. In the form of a small booklet, the curriculum will take them through all the basics of Islam and everything they need to know. It even includes quizzes to test their understanding of the material. IIOC hopes to make this curriculum available online in the next few months. I will be posting a follow up article once it is up inshaAllah.

4.  A volunteer training presentation: This is also something that IIOC will be making available online in the very near future inshā’Allāh. Until then, this presentation should include training on how volunteers (aka mentors) should deal with the new Muslim they are assigned to.

5.  Team of trained mentors: These volunteers should have gone through the training presentation and should be familiar with the curriculum they will be teaching their assigned new Muslim. Volunteers must be professional, responsive, and recognize that they cannot fall short in dealing with people’s lives and faith.

6.  Know your community resources: At times, there may be new Muslims who have special circumstances and may need extra help besides mentorship. Rather than being caught off guard, it is best to have information on your local resources ready ahead of time. You should be aware of resources for: Financial assistance, housing assistance, shelters, clothing for sisters who may need ḥijābs/modest clothing, rehabilitation centers for drugs and alcohol, job finding assistance, counselors, and anything else you think may be needed.

With the help of Allah, once those points are in place, you are well on your way to having an established New Muslim Support Group in your community.

After all is said and done, imagine the countless rewards that can be gained by teaching a new Muslim the basics of Islam. If you teach a new Muslim how to pray, perhaps you will gain the reward of every ṣalāh they perform and every ṣalāh their children perform, etc.

I will leave you with a story of a new Muslim sister from the IIOC community. The sister accepted Islam, and for an entire year she went to different masājid, never finding the support she needed. Almost every experience she had at a masjid left her feeling rejected by the community. She knew that Islam was true but she was becoming increasingly depressed. Alḥamdulillāh, after some time she stumbled across the New Muslim Support Group at IIOC and was assigned a mentor who gave her the support she needed and invested time and effort into her. She was able to work through the issues in her life, began wearing ḥijāb, and is now happily married to a Muslim man. After searching for her dīn for a long time, at the end of the day it was just a matter of someone being there for her.

New Muslim Series: How well does the Muslim community accommodate the special needs of a new Muslim?