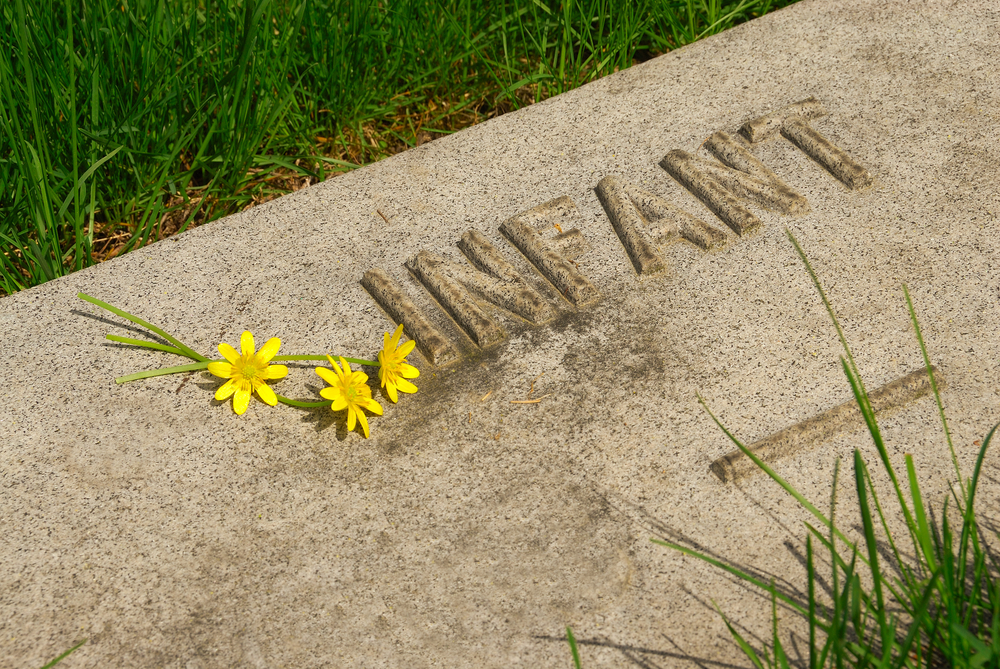 Though past peoples knew of savagery, it is only in the modern era that brutality is witnessed as it is taking place. The rise of the internet has exacerbated this phenomenon, broadcasting suffering through videos and images depicting bloodshed, starvation, massacres, and oppression. And although witnessing deprivation is always taxing to an individual with even a shred of spiritual worth, it is the loss of children that can often leave us at a loss for words. Dispirited, dejected, and depressed, seeing children die yields the existential question of why – for what reason were these innocent, vulnerable souls killed?

Over the past few months, the Muslim community has observed majority Muslim lands around the world destabilize to the point of complete disarray. Yemen, Syria, Burma, and the Central African Republican are simply a few countries reporting astronomical death tolls on an ongoing basis. Though the geopolitical specifics of these crises are important, in this article I wish to meditate on a theological question, namely, the loss of children in Islam. This is done not to draw indifference to what is taking place, but to instead offer a crucial context that we all need to be reminded of – that we are not in control, and that the One in absolute control of His Dominion is infinitely merciful, gentle, and just. It should also be noted that although I am writing this article in light of modern atrocities, it is certainly not limited to that; indeed, anyone who has lost a child can, I pray, find comfort in what has been recorded in our tradition on this subject.

To begin, it should be noted that the Prophet of God

witnessed the passing of his own children during his life. Of his seven children, only Fatimah

survived him. His sons, Qasim, Ibrahim, and Abdullah all passed at or before the age of two. His daughters all passed in their twenties, with Fatimah

reportedly passing away around the age of twenty-eight, just months after the death of her father

led funeral prayers for his children and buried them with his hands. He

wept upon their passing. When Ibrahim, hardly two years old, was in his last moments, the Prophet of God

sat holding Ibrahim in his lap. Weeping, he

said “the eyes shed tears and the heart is pained, but we do not say anything except that which pleases our Lord. Indeed, O Ibrahim, we are bereaved by your departure from us.”

Therefore, anyone losing a child can minimally take solace in enduring that which the Prophet

himself endured. In knowing that none who walked the earth was nearer to God than Muhammad

, and yet He – ‘azza wa jal – chose you to join the Prophet’s company in this rather difficult tribulation, should be cause for some contentment.

As for the welfare of the children themselves, then the scholars of Islam have been in consensus as it relates the children of believers that they will enter Paradise. Imam Ahmad holds this as a matter of consensus and states there is no doubt on the matter, and al-Nawawi maintains this view when he says, “Those who have considered this subject from the Muslim scholars agree that whosoever has passed away from the children of the believers are in Paradise because they were never accountable.” Likewise, al-Qurtubi writes, “This position is agreed upon by the scholars that the children of the believers who pass away are in Paradise, and none has dissented from this position except deviant groups…” In explaining the passage, “Every soul, for what it has earned, will be retained – Except the companions of the right,” (74: 38-39) al-Tabari reports through multiple chains a statement of ‘Ali (ra) explaining the “companions of the right” as being the children of the believers.

This position is substantiated against several prophetic traditions reporting the unremitting joy children experience in the afterlife. In his eschatological exposition entitled Ahwal al-qubur, Ibn Rajab adumbrates a corpus of prophetic traditions that detail this very providence. These traditions chronicle a variety of joys, including occupying the body of diminutive birds in Paradise, roaming in its pastures, and perching upon chandeliers suspended from the throne of God. In one report, infants who passed away frolic on branches of trees whose limbs are udders like the udders of a cow from which they suckle. In yet other reports, clear, salubrious rivers flow from whence infant children take nourishment.

In some of these traditions, the Prophet Ibrahim and his wife Sarah serve as the custodians for the children that have passed, maintaining a nurturing eye as they consort with one another, playing in the streams of Paradise. In one hadith narrated in Bukhari, the Prophet

sees these children surrounding Ibrahim, whom the Prophet

describes as possessing immense height in Paradise such that he struggled to see his head.

In a hadith found in the canonical work of Muslim, the Prophet states that the child who has passed will await his or her parents, who, upon reuniting will hold their hand or the hem of their garments until they enter Paradise collectively. In a separate hadith reported by Bukhari in Adab al-mufrad, a man named Khalid al-‘Absi relates, “A son of mine died and I felt intense grief over his loss. I said, “Abu Hurayra, have you heard anything from the Prophet

to raise our spirits regarding our dead?” He replied, “I heard the Prophet

say, “Your children are roaming freely in the Garden.””” In another report, a man who was described as loving his son goes missing for some time. When it is discovered later that his son had passed, the Prophet

tells him, “Aren’t you pleased that he will be waiting for you at the gates of Paradise?” Upon hearing this, one of the Companions inquires if this reward is specifically for the man, or a more general reward for anyone enduring the loss of a child, to which the Prophet

replies, “This reward is for all of you.”

. In one incident, the Prophet (pbuh) asked, “Who do you regard as childless?” To which the Companions responded, “One who has no children.” Upon hearing this reply, the Prophet

a day to sit and ask questions, and so a day was set specifically for them. During a portion of the first meeting, it is reported that the Prophet

said to the women, “There is no woman among you who has three children die, resigning them to Allah, who will not enter Paradise.” A woman said, ‘And if it is two?’ He replied, “And if it is two.” In another hadith with almost identical wording reported by Jabir ibn ‘Abdullah, the Prophet

addresses the men with the same solace – patiently endure the loss of three children, and Paradise is your reward. Again, a man inquires about having lost only two, to which he is assured again that the reward is the same. Jabir states at the conclusion of the hadith that him and Mahmud ibn Labid agreed that had they asked the Prophet

about the loss of one child, he

would have responded in kind.

In a hadith reported in Tirmidhi, the Messenger of God

says, “When a man’s child dies, Allah, the Exalted, asks His angels, ‘Have you taken out the life of the child of My slave?’ and they reply in the affirmative. He then asks, ‘Have you taken the fruit of his heart?’ and they reply in the affirmative. Thereupon He asks, ‘What did my slave say?’ They say: ‘He praised You and said: Inna lillahi wa inna ilayhi raji’un (We belong to Allah and to Him we shall return).’ Allah says: ‘Build a house for my slave in Jannah and name it Bayt ul-Hamd (the House of Praise).”

Witnessing the loss of children is never easy, and as we’ve noted in the foregoing, even the Prophet

wept upon the passing of his son. Nonetheless, when one recognizes that the afterlife represents not the cessation of reality but the initiation of it, he or she will be able to situate tragedy within a context that takes the afterlife into account, for indeed the hereafter is “better for you than the first [life]” (93:4) and “more enduring” (87:17). It is for this reason that the Day of Reckoning is referred to as the “true reality” (al-haaqah), and that the wicked would lament why they hadn’t “prepared for their life.” In a recent reflection on the Syrian tragedy which remains ongoing (we ask Allah to remediate their affairs), Shaykh Ahmed Salim writes about the massacred children:

“As for the children, a single dip in Paradise will make them forget every difficulty as if it never happened. Allah will create them anew; after all, He is their Lord and Master, and were it not for Him, they would never have existed in the first place.

Allah (the Glorified and Praiseworthy) did not deceive anyone. In fact, He informed us in His flawless revelation about believers who were tossed into flaming trenches (Surat al-Buruj), and the Prophet

illustrated a profound moment in that ordeal: “A woman came, carrying her baby, and she hesitated to fall into the fire, so her infant child said, ‘My mother, be patient, for you are upon the truth.'”

The believers for whom Allah has prepared gardens of bliss know that this worldly life and all its atrocities are trivial in exchange for endless bliss in an everlasting Paradise.”

On a final note, and in the interest of full disclosure, the foregoing has been written specifically concerning the fate of the children of believers. The fate of disbelieving children has been the subject of significant theological debate, and it is not my intention to wade into the subject here (indeed, many scholars preferred suspending judgment (tawaqquf) on the matter).
Allah Knows Best.

Beyond Muslim Diversity to Racial Equity

The Eastern Toilet: A Hajj Reflection