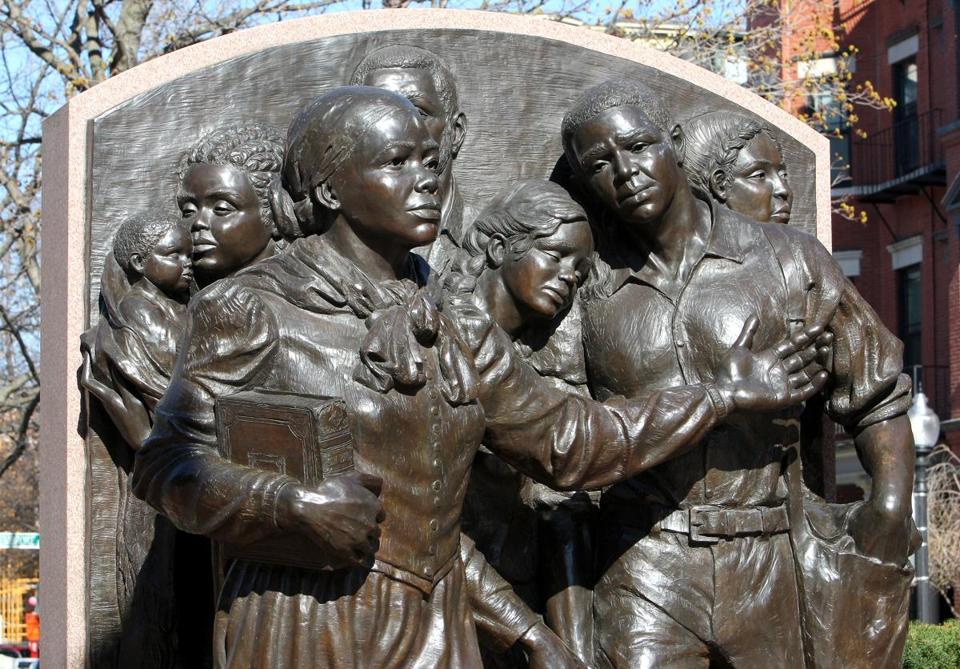 “I grew up like a neglected weed, – ignorant of liberty, having no experience of it. Then I was not happy or contented.” Harriet Tubman to Benjamin Drew, St. Catharines, Ontario, Canada, 1855

I’m not a theologian, nor am I an Islamic scholar in the traditional sense. That was not the path that the Creator had chosen for me. Becoming a traditionally trained Muslim scholar is not easy for women, especially a convert who grew up in a Black working class single parent home. Even with the best intentions, I might not have been the best candidate, given my rebellious streak, my touch of ratchetness and irreverent humor. But there are amazing women whose graceful character, unfaltering faith and impeccable scholarship guide us in Islamic devotional life, to name a few are erudite Black Muslim women like Zaynab Ansari, Iesha Prime, and Rukayat Modupe Yakub. There are also devout academics like Professor Intisar Rabb and Professor Aminah McCloud whose credentials and contributions in their fields are unmatched. Many of these scholars have been trained in Western academies and Islamic seminaries, with a deep commitment to their faith, inquiry, and social change. 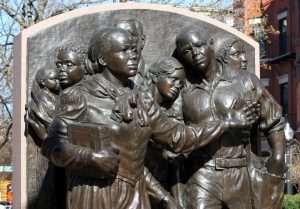 After ten years towards earning my undergraduate degree, for four years I found a place in the academy and while in graduate school I became trained as a historian of Muslim societies, race, and Islamic education.  I spent hours in colonial archives to gather documents and texts to understand transformations in Islamic education, religious consciousness, racial formations,  and resistance. I studied classical Arabic and hadith in Fez with a teacher from al-Qarawayin, sifted through colonial texts at the Sudan Archives in Durham England, sat in a Diwaniyya in Kuwait with the sheikh from Abu Noor, interviewed a Tijani sheikh and African students studying at al-Azhar, and parsed through rare texts that I scanned and photocopied or purchased in bookstores. While I left the academy short of a Ph.D., I have truly been blessed by the learning opportunities graduate school gave me and am forever imprinted. It informs my current work in anti-racism research and teaching. Over the years, I have met amazing scholars, western trained, traditionally trained, and those who bridge both, who have said we need a big picture of what a principled life entails. We need a Liberation Theology —an Islamic Liberation Theology—one that reflects our souls as a people and our role in repairing a broken world.

Muslim Americans must have a vision for collective liberation. Targeted by the criminal justice system, national security system, and immigration system, Muslims in America of all stripes are often overwhelmed by the onslaught and fail to make the connections with other vulnerable communities. While Muslim Americans of all backgrounds evoke Malcolm X and Muhammad Ali as examples of leadership, the language we hear today among our leaders is in stark contrast to the Holy protest of  the Black Liberation movements they are part of. The legacy of Malcolm X and Muhammad Ali highlight how our struggle must not be domesticated. Black consciousness shaped my Islam, as well as the Black radical tradition and the Pan Africanism of Malcolm X. Malcolm X said:

Black Muslim communities are at the fulcrum of White supremacy. Affected by the legacies of slavery, Jim Crow, Black Muslims have always addressed oppressive domestic politics and imperialistic foreign policies. We often serve as the conscience for American Muslim communities to remind them of the moral perils of assimilation into whiteness, as well as the conscience for America as we highlight the inequities in this country and the ways in which our foreign policy target people of color globally. This is why Malcolm X still speaks to us today.

Anti-Black racism, settler colonialism, xenophobia, securitization and criminalization rob us our ability to reach our full potential. In February 2014, we began organizing Muslim Anti-Racism Collaborative (MuslimARC) online to locate other educators, community leaders, scholars, and activists to create a network of anti-racist Muslims. Three years later, we refined our mission and our  work is focused on building capacity for anti-racism in Muslim communities and training allies about how Muslims in America are racialized. We train leaders from communities who are in the cross hairs of xenophobia, anti-Black racism, settler colonialism, and Islamophobia.

I advocate to increase representation of Black, Latino, and Indigenous Muslims who are are left out of conversations about national policy, media representation, and organizational infrastructure development. As Muslims, we are to stand for the oppressed and that is what should drive American Muslim public policy.

In the Qur’an,  Allah tells us:

O you who have believed, be persistently standing firm in justice, witnesses for Allah , even if it be against yourselves or parents and relatives. Whether one is rich or poor, Allah is more worthy of both. So follow not [personal] inclination, lest you not be just. And if you distort [your testimony] or refuse [to give it], then indeed Allah is ever, with what you do, Acquainted. (4:135)

What does it mean to stand persistently? This means we advance justice constantly, consistently, and not just when it affects us.  For decades, many Muslim national advocacy groups have focused on issues that were seen as unique to the Muslim community, such as Islamophobic legislation, religious profiling, and foreign policy. But there is a growing shift, as Muslim Americans take stronger stances towards social justice. Muslim-led initiatives and service providers such as UMMAH clinic work to benefit people of all faiths.

I am also blessed to work with Faith Rooted Organizing, including Zachary Hoover and Sarah Jawaid of LA Voice. In the PICO National Network training I was allowed to bring my full self as a Black Muslim woman and share my pain, my fears, and my dreams with over a hundred faith leaders.

We need one that does not fall into American exceptionalism.

We struggle to speak truth even as others seek fragment our conscience and lull us into a sunken place. We can not worship false idols to gain a sense of acceptance. As Muslims, we must have the courage to express ourselves as faith-full people, that we seek to please our Creator and our conduct should bear witness to our belief in love, justice, and mercy. This is why more than ever, we need a Liberation Theology to speak to the most enduring problems today, poverty, racism, and violence. That Liberation Theology should be composed by our theologians, our organic intellectuals, our artists, our teachers, our healers, our researchers, everyday people, and our most affected. Together, we can create a multilayered composition, a symphony of freedom. We need a Liberation Theology that brings us into harmony and whose pounding rhythm synchronizes our steps during our march to freedom.

In memory of Ben Keita

On Social Justice and being “Prophetic”