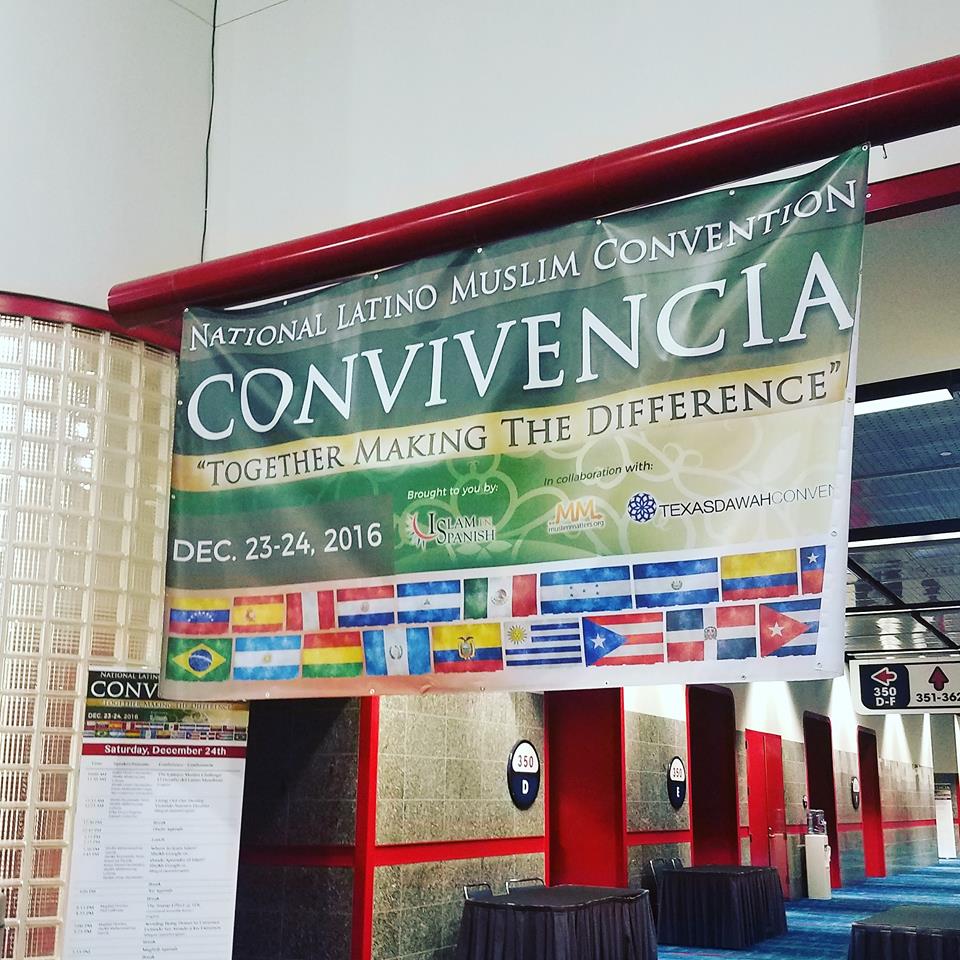 On January 31st 2016, the IslamInSpanish (Centro Islamico) was open to the public with over 500 community members eagerly waiting to see this unique center. It was an amazing sight watching people from all backgrounds and races coming in and out of the center for over five hours. Interestingly enough, in another room, over 20 Latino Muslim leaders from different parts of the U.S were discussing a very important question.

Where do we go from here?

In this meeting, the idea of having the first Latino Muslim Convention in the U.S. sprouted and almost 11 months later in the same city where the Centro Islamico opened (Houston), Muslims were present for this historic convention, in collaboration with the Muslimmatters sponsored Texas Dawah Convention.

Sh Reymundo Nur, an Imam in California and one of the first Latino American Muslim to study overseas in 1984 (Imam Malik Saud University), set the tone by giving the khutbah on Dec 23, 2016, at the joint conference (TDC and Convention) in Arabic, Spanish and English. His message of inclusivity, diversity and celebrating these unique qualities to the congregation was well received. It was also a visual reality seeing a convert of over 45 years, Panamanian, Afro-Caribbean and speaking 3 Languages without his message skipping a beat to a diverse crowd.

As the convention started, participants saw a Latino Muslim family drive across the country from Sacramento, CA to a vanload of Latinos from Chicago to a busload of people coming from Dallas-FortWorth. We had people flying in from Buffalo, New York and Mobile, Alabama. We had brothers from the tri-state area to sisters from New Orleans. Close to 250 Latinos came to experience a historic event including curious observers from the Texas Dawah Convention. 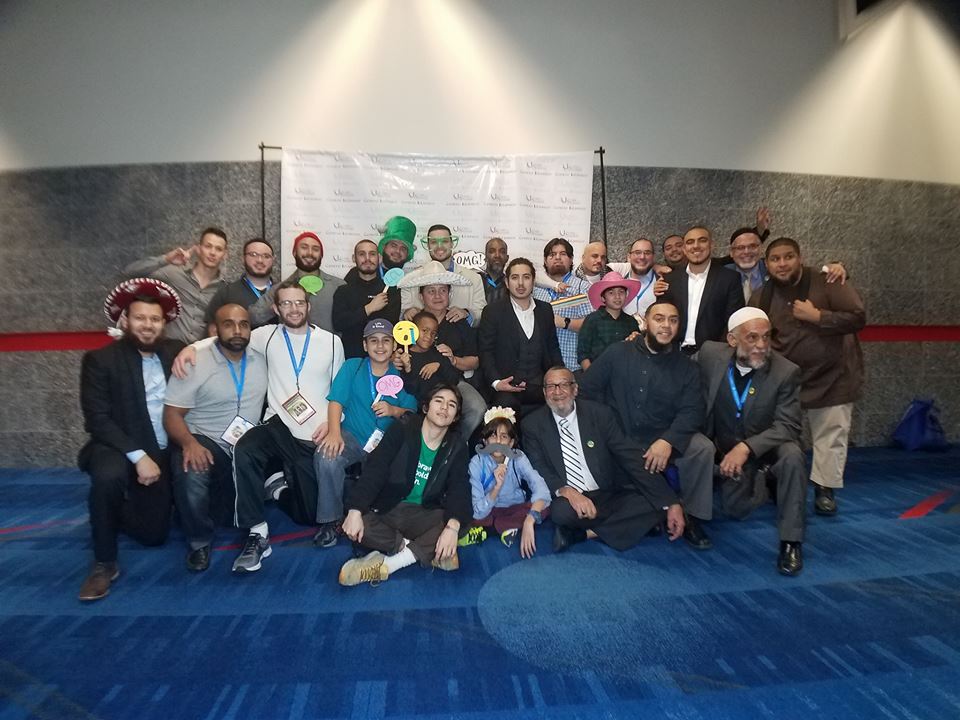 Issues that were discussed ranged from sisters being sought out for marriage for a Green Card to finding methods to combat the hostility that Muslims and Latinos are experiencing on a daily basis. These are issues that have a major impact on our community and it was wonderful to hear a diverse group of speakers leading the discussion and striving to find solutions to these difficult affairs.

We were blessed to have scholars like Sh Reymundo Nur to Sh Muhammad Isa Garcia, an Argentinean graduate from Umm AlQura. We had well experienced Imams like Sh Yusef Maisonet (Muslim for almost 50 years) from Masjid Salam in Mobile, Alabama to Imam Abdullah Hernandez in Pearland, Texas. The audience experienced advice from educators like Sh Omar Hernandez, first Guatemalan graduate from Madinah University to motivational speakers like Muhajid Fletcher, founder and CEO of IslamInSpanish.

From hearing therapist Haleh Banani give wonderful advice to all about the sanctity of marriage to having Wilfredo Ruiz, Head of CAIR en Espanol, speaking eloquently about all of us knowing our God given rights as Muslims and also as citizens of this country. Alhamdulillah, there was not an ounce of tension nor discord in the two days these issues were discussed; rather the environment was one of openness and healthy dialogue. All sessions were live streamed for a small fee. 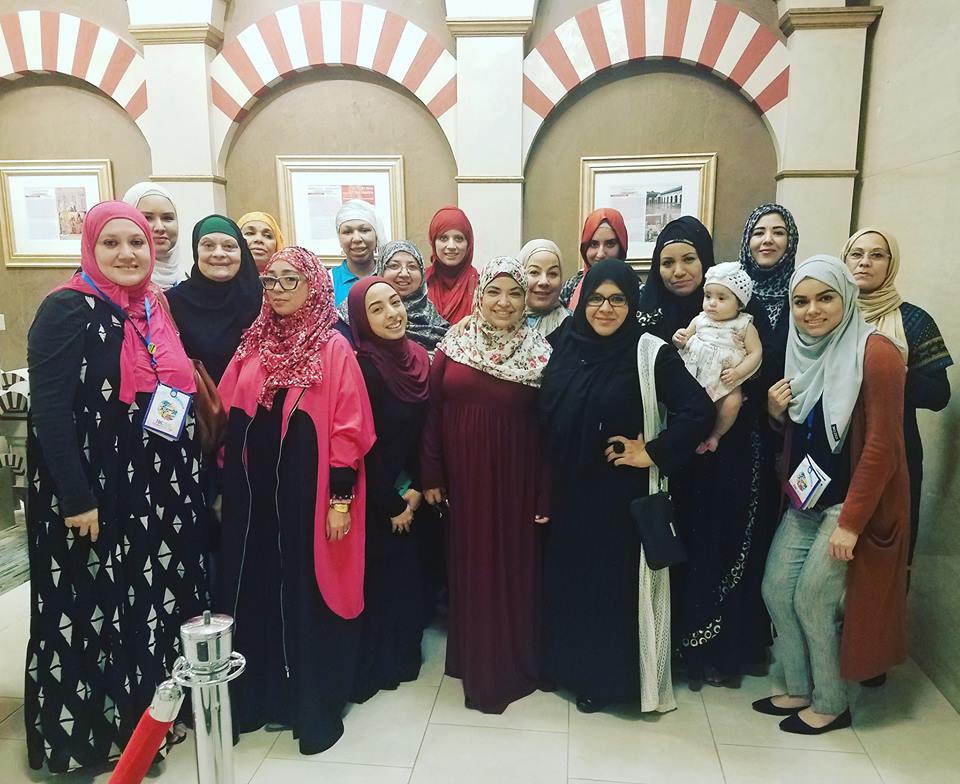 There was a Q&A session where participants openly disagreed with the format of the majority of sessions being both in English and Spanish. There were Latinos from the Southwest side of America who felt more comfortable with the lectures being in Spanish, while most of the Latinos from the East Coast and Chicago preferred learning in English. Young and old, men and women came to the microphone to express their most intimate feelings and to state their grievances. There were lessons to be learned from all who spoke.

One of the most important sessions of the convention was when the achievement of leaders and organizations, which have been tirelessly working to educate Latinos about Islam for over 20 years, were highlighted and recognized. To see Ustadh Abdurazaq Lebron, spokesperson for IslamInSpanish awarding a special plaque to a member of one of the oldest of Latino Muslim organizations, Omar Ocasio from Alianza Islamica was truly a special moment. Br Omar spoke about the brothers and sisters who dedicated their lives to dawah and who are no longer with us (May Allah have mercy on their souls) had many in the audience emotional, because of the realization of not knowing when Allah will take one’s soul and to work hard to accumulate good deeds for the sake of Allah. It is hoped that recognizing pioneers like Br. Omar Pena from Cuba, Br Abu Mujahid Fletcher and Sr Ruth Saleh, who planted the seed, taught the younger brothers and sisters about honoring and respecting the work and effort of those who came before them.

The future looks bright, knowing there are Latino American Muslims, brothers and sisters, striving to learn alongside one of the first institutes of Islamic Sciences in Barranquilla, Colombia being built for the development of future educators and leaders in the Muslim community.

This event was truly inspiring.

Imam Isa Parada is Educational Coordinator/Spiritual Advisor at Masjid Sabireen in Houston, TX and a graduate of the Islamic University of Madinah.