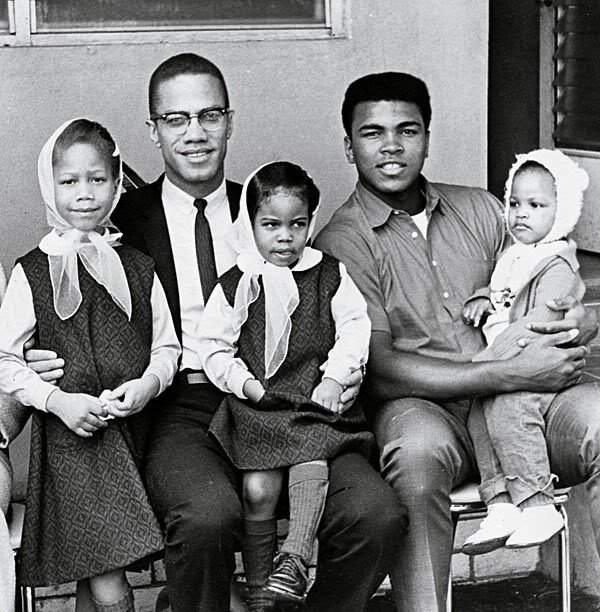 To be Muslim in America is to be a direct beneficiary of the gorgeous triumph of Black Muslims since the inception of the young nation. On December 26, 2016, the Muslim Wellness Foundation, led by its founder UPenn Chaplain Kameelah Rashad, headed up a symbolic initiative to get Black Muslims to share their photos, stories, and sentiments with #BlackMuslimFamily. It’s success is still barreling through cyberspaces reaching 3.5 Million people via Twitter alone. This weekend has been a controversial one in which endeared Scholar Hamza Yusuf came under fire after being asked about Muslim Solidarity with Black Lives Matter and the Muslim Brotherhood at the Reviving Islamic Spirit Convention “RIS2016” in Toronto. “We have between 15-18,000 homicides a year, 50 percent are black on black crime… There are twice as many whites that have been shot by police but nobody ever shows those videos. It’s the assumption that the police are racist and it’s not always the case” he said to interviewer Mehdi Hassan.

After receiving continued critique, he returned to the stage the next evening to apologize. In regards to his dismissal of the need to solidify the relationship between Muslims in the movement for Black Lives he cited,  “The most damage to Black people in America does not come from racism, but is from the breakdown of the Black family.” Many believed he only continued a false pathology about Black people, summarily erasing the strides of families all over the world.

#BlackMuslimFamily brutalized this misconception while celebrating the sheer elegance of Blackness in Islam. In these hard times ahead, we need to love each other. All of us. Our shuyookh, our families, our communities.

“One thing that I always think about is a quote from Elijah Muhammad where he said, “Don’t condemn a dirty glass, stand a clean glass next to it.” I thought about how much we took to refuting these stereotypes and realized we needed to put a clean glass next to it. Instead of laboring in condemning this perception we decided to celebrate ourselves. I use the word celebrate often because it isn’t merely pictures and words but a proactive way of finding beauty” Rashad offered. Rashad believes that what’s happened is part strength and  part beauty. She reflected “It was an acknowledgment of our hardships and the fact that we still seek joy. I believe that’s nothing short of miraculous.”

The #BlackMuslimFamily hashtag serves as testimony of a community’s commitment to healing, self-love and self-definition.

I pray these pics, reflections, stories; this love, joy, laughter, beauty & hope serve as a reminder of God’s mercy. #BlackMuslimFamily

When we celebrate & affirm our humanity, we resist that violence. We mend our bruised & battered spirits, souls & psyches#BlackMuslimFamily

4 generations of my #BlackMuslimFamily May Allah Protect us – Ameen pic.twitter.com/G0i5m9NkX8

My #BlackMuslimFamily have the best cast of uncle’s and extended family pic.twitter.com/Kn1isG4d4v

My beautiful #BlackMuslimFamily. Four generations deep. May God protect them from the distortions & lies of Black pathology. #RIS2016 pic.twitter.com/zIWSAbucVQ

There were many powerful tweets of fatherhood

My Daddy said shine your light on the world!!! #BlackMuslimFamily pic.twitter.com/Z2ZOE7sg8J

Raising daughters in my #BlackMuslimFamily has shaped my existence. I love them with everything that I am. pic.twitter.com/qjPLK7S1fc

My #BlackMuslimFamily roots go way back.✊?❤Rocking that old school headscarf, pinned in the back.? (Some people call it #hijab.) pic.twitter.com/ghUE5m7OL3

I’m late cause @manrilla and I have been celebrating the 8th anniversary of the start of our #BlackMuslimFamilypic.twitter.com/BzjifGaPsl

So, #BlackMuslimFamily was the no. 1 trending topic on Twitter last night.

“[M]y husband’s family is in Florence & Pamplico where they own the land of their great grand’s former white slave masters.”

“Who knows which slave prayed to Allâh from the bottom of a slave ship that Islam remain in his progeny.”#BlackMuslimFamily pic.twitter.com/ZzE6q1VRUc

This heart breaking tweet offered a way to support a family going through the loss of the father.