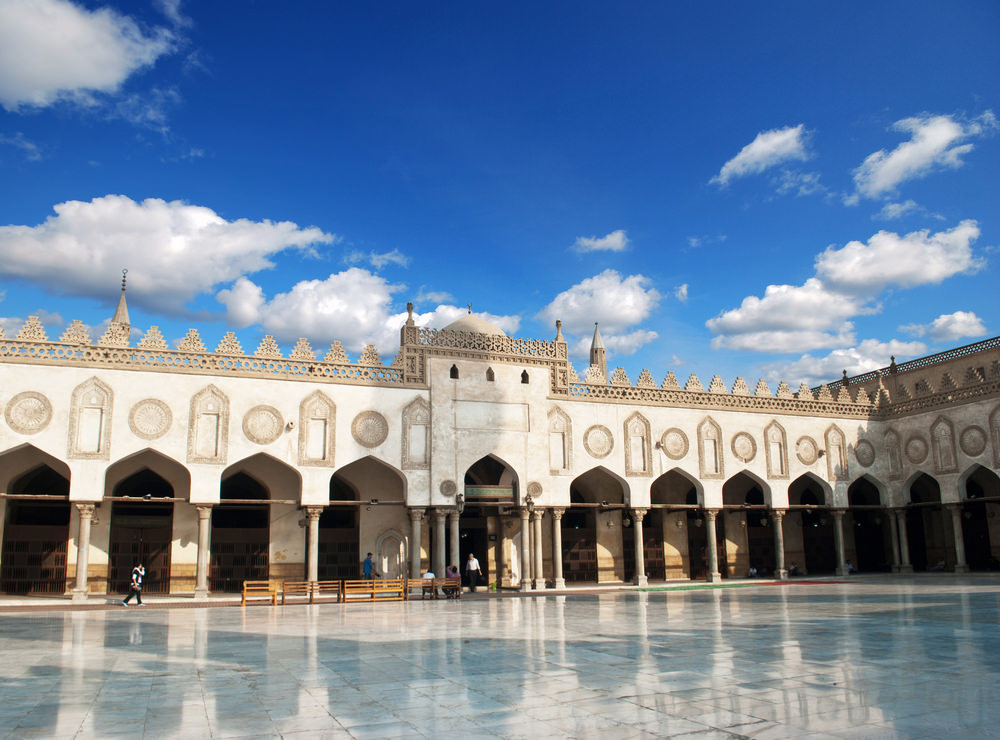 “Son, on the Day of Judgment, Allah will not ask you about Fir’awn, whether HE was believer or not, so do not worry about that individual.” I had just asked him about a contemporary figure whose opinions we young, aspiring students of knowledge had been debating over, and I was eager to prove his views wrong. “You will not be asked about him, rather you will be asked about yourself.”   These were the words of Sh. Abdul-Razzaq

in response to my request to have him look over one of the first books I had written. It was a refutation of Sh. Abdul-Fattah Abu Quda

. I was very excited and sure that the shaykh would support my points against his claims, but indeed, he instead taught me other lessons, ones that benefited me for the rest of my life.

There were two lessons I learned that day. One was that you cannot establish credibility for your Da’wah work based on the refutation and the destruction of other people’s work. The shaykh did not want my life as a student of knowledge to be expended in refuting others but rather to teach people what was correct. I have seen countless brothers, young and old, who can tell you the mistakes of every group of innovators in detail, but sadly do not know the correct opinions of ahl’l-sunnah. They know the ahadith that some scholar criticized in al-Bukhari or Muslim, but they never even read Bukhari or Muslim’s book. They know your faults before they know about your good. Unfortunately, this focus on the bad leads one to forget the good, to get distracted by the ugly and ignore the beauty in others. The shaykh was not against explaining the truth and defending the Sunnah (excuses that we sometimes use to justify our transgressions against others) but he did not want to see a young man taking that route. He taught that especially for a young upcoming student like myself, the focus should be on learning and teaching what is Sunnah while allowing the senior scholars and students of knowledge to handle any necessary refutations – that realm being one that not only requires knowledge but also much wisdom and sincerity.

The second thing I will always remember is that if I say something about someone, I will be questioned about my assessment and my words, not about the state of the person I was mentioning. Many people think that they have to pass some sort of judgment on everyone in every situation around them. Imam Muslim narrated in his Sahih that Imam Malik once said: “We have seen the scholars before us saying, ‘There is nothing like safety.'” Mutarrif once said, I would rather be asked, “Why didn’t you do it than why did you do it?”

This is not an invitation to silence the voice of truth against falsehood but rather to control how and when we speak.

Unlike most scholars who were experts in one field over the other, Shaykh Abdul-Razzaq was a master of every Islamic and linguistic science. He also had profound skill in absorbing vast amounts of information and then expressing it in a concise and precise summary in one or two lines. This could be seen in his commentary on al-Amidi’s work of Usul al-Fiqh, where you would find every three or four pages summarized in one succinct, clear and on-the-mark statement. I was eager to ask him questions related to seeking knowledge, so I asked the shaykh about his favorite book. He told me that it was Ibn Jarir al-Tabari’s Jami’ al-Bayan in the Tafsir of Al-Qur’an. It was one of the early books I had read in my youth. It was published by Dar Al-Sha’b in about 30 volumes. I had purchased one at a time. I would read the one volume, and when I was finished with it, I would sell it and use the money to buy the next volume in the set until I finished the 30 volumes. I had been struggling with retaining the information which I no longer had available to me while the shaykh seemed to be able to reference it easily, and so I asked, “How do you remember what you read in it?”

He smiled and said, “I used to memorize it and copy it in my own notebook. I had no money at the time I was studying it to purchase a copy.”

I said, “If I may ask you, Shaykh, when was that?” The shaykh replied that it was such a long time ago, he could not recall exactly, far before he reached the age of puberty!

I have never met a man who could think as quickly and clearly as Shaykh Abdul-Razzaq. He is one of the smartest people I have ever met. He told us the story of when he first came to Saudi Arabia. The Grand Mufti of the time, Shaykh Muhammad Ibn Ibrahim asked him if he knew the Hanbali madh-hab and if he had ever read Al-Insaf by al-Mirdawi (a book in the Hanbali Fiqh). The shaykh’s reply had been, “I have read it. That whole book only contains 13 ahadith in it.”

(I may be off on the number. Unfortunately for me, my memory cannot compare with Shaykh Abdul-Razzaq’s, and I may have forgotten!) The Mufti was greatly impressed by his answer, and he was honored in Saudi Arabia to the extent that the King Abdul Aziz asked him to teach Tafseer in his palace after Fajr, an honor no other scholar was given.

When the shaykh was in Al-Azhar, before moving to Saudi Arabia, a teacher from Al-Azhar saw him in the masjid with his Azhari kufi placed on the floor. The teacher turned the kufi over and said, “Ya Shaykh, do not put your kufi face down. Keep the opening facing up, so the Mercy Of Allah can descend into it!” The shaykh put it back as it had been and simply retorted, “No, I don’t want Shaytan to urinate in it!” The shaykh had his ways of getting his message across.

After Dhuhr in his office, the senior scholars under whom I studied under and whose stories I have been sharing with you would convene and study under Shaykh Abdul-Razzaq for an hour almost every day. Shaykh Ibn Baz was one of the scholars who would sometimes attend. Shaykh Abdul-Razzaq loved Ibn Baz so much, and on several occasions I saw the Shaykh crying when talking about him. He used to say, “Ibn Baz doesn’t belong to our time!   This man belongs to the scholars of the third century!”

My Allah forgive him and all of our teachers and parents.

Related Topics:life lessons
Up Next