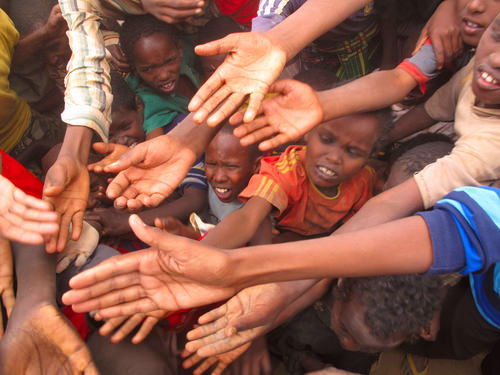 Five women from five countries, all bound to the same fate as refugees, here in Malaysia. They face life one day at a time, in fading hope, alleviated only through the bond of their friendship and journey together. This is their plight. 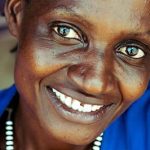 Saleema is from Sudan. She speaks four languages (Arabic, English, French, and Malay). She’s married, with three young children. Her husband, Muhammad has a professional background in restaurant management yet is unable to find a job legally here in Malaysia, while Saleema struggles as a free-lance teacher. They arrived in Malaysia a few years ago, and are only able to make enough money to put a little bit of food on the table for their children every month. Similar to other refugee parents, there are days where Saleema and Muhammad don’t eat at all or have just one meal in order to feed their three kids.

Mariam, and her husband Kareem are from Afghanistan. They’ve been living in Malaysia as refugees for the past two years. They have a beautiful son who just turned one year old, a few months ago. Kareem used to do odd jobs, mainly taking care of the Shisha preparations in small cafes. Unfortunately due to illness, Kareem could no longer continue with that line of work. Several months past as Kareem struggled with his own health while attempting to find a new opportunity for income, but met with failure repeatedly due to his refugee status.

Even after being registered under the UNHCR program, refugees like Kareem aren’t allowed to work legally in Malaysia. Without steady employment, the lack of income has taken a toll on Kareem’s health as he doesn’t have the funds to seek proper medical treatment. Mariam, Kareem and their one year old son have been diagnosed with malnutrition for a long time now. The only form of support they receive are intermittent donations that provide food on the table irregularly. 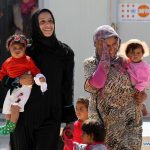 In the midst of all these difficulties, Saleema and Mariam have found comfort in their friendship. Both women strive to find opportunities everyday, in order to ensure that their families are safe and healthy. They recently met Jamila, a strong-willed Iraqi woman who lived as a refugee in Syria for four years before coming here to Malaysia. Surviving in Syria for four years wasn’t easy but the situation became worse when the armed conflict began there. Jamila, together with her five children had to flee Syria then, leaving her husband behind. As a single woman here in Malaysia for the last one year, she’s had tremendous difficulties accessing support and employment, thus facing similar problems of malnutrition & not having enough food for the family.

Jamila is just one amongst the hundreds of Iraqi citizens who had been seeking refuge in Syria, and then eventually had to flee in fear of their lives during the armed conflict. This is a similar story shared by Fatema, also a single mother of three children from Palestine, all of whom are suffering from different medical problems. The biggest concern in Fatema’s mind has always been how to help her children medically when her financial conditions are so bleak. 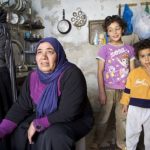 Refugees in Malaysia like Fatema & her children are all billed as foreigners at hospitals here, irrespective of public or private, which is effectively double or more in comparison to what a Malaysian citizen pays. If a refugee is lucky enough to be registered under the UNHCR program, he or she is provided a fifty percent subsidization on medical bills. But bear in mind, that this is a refugee who is charged a foreigner rate, and often doesn’t even have a steady income, therefore even a fifty percent subsidized bill is often out of their financial capacity.

Mona, an Irani refugee here in Malaysia knows all these families through their children. She works tirelessly, teaching the kids how to read & write in English, better preparing them for the possibilities of an education in the future. Not only does Mona interact with the children as a teacher, but she relates to them as a refugee herself, struggling to make ends meet every month, hoping for better opportunities in order to provide her own family a dignified life.

In the face of such hardship, these women continue to fight a battle everyday, hoping to bring back some level of normality and dignity to their own families. But they shouldn’t have to face such overwhelming odds alone. It’s time you, me, and all of the beautiful citizens of Malaysia come together to remove the suffering of these lost and afflicted families. Refugees like Saleema, Mariam, Jamila, Fatema, and Mona need a voice, and that’s what Carefugees aims to become – a platform through which support & awareness can be raised for these people.

If you’ve read this far, perhaps you’re asking yourself “so where do I begin to help these people?”. A good beginning is in the Carefugees “Feed a Family” campaign, where the families of Saleema, Mariam, Jamila, Fatema, and Mona are just five out of the 550 registered under UNHCR & MSRI (Malaysian Social Research Institute), that will receive a gift basket full of food & amenities, lasting them the entire month of Ramadan. 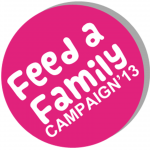 Join the Carefugees by becoming part of the “Feed a Family” campaign.

7 Reasons Why You Should Support Erdogan and Not the Protesters

Life Lessons – Is Fir’awn a Believer or Not? | Shaykh Waleed Basyouni