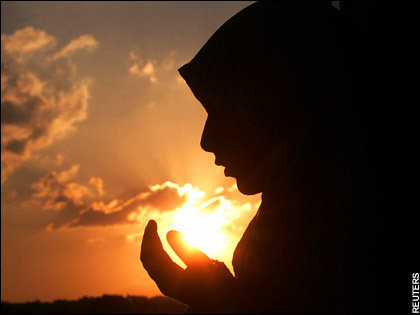 “Do you think that you will enter Paradise without any trials
while you have known the examples of those who passed away before you?
They were afflicted with suffering and adversity
and were so violently shaken up that even
the Messenger and the believers with him cried out:
“When will Allah’s help come?”
Then they were comforted with the words,
Be aware! Allah’s help is ever close.
[Al-Baqarah – 2:214]

In a time when the revolutions in the Middle East, the Arab Spring and the tortures inflicted by authoritarian regimes towards their own people are of topical interest, we are celebrating the patience, strength and empowerment of women in these resistances around the world. There are stories of brave women from Egypt in Tahrir Square, images of women in Bahrain and Yemen, Syria and Tunisia, to name a few and they have been applauded by media and public around the world. Undoubtedly, we have seen that women were empowered, brave and practiced perseverance throughout Muslim history. This article pays tribute to those women from modern Muslim history, whose resistances were more disturbing and the afflictions they faced more harrowing than any we can imagine today.

Once again, what is common between all these women is their use of knowledge and dependence and intellect. Without this knowledge, they could not have delved completely into what Allah had bestowed on them and would not have developed the political acumen and the strength in mind that they had.  I started the week with Ar-Rubai bint Muwadith, a lady from the times of the Holy Prophet

whose authority in reporting ahadith was widely acknowledged. She too, like many other women of her time participated in battles with valour. The following four women are modern examples of knowledge, courage and strength.

A prominent writer, teacher and orator, Zainab al-Ghazali can be applauded as the modern pioneer of Islamic feminism. She established Muslim Women’s Association in 1936 and later joined the Muslim Brotherhood under Hassan al-Banna Shaheed vocally opposing authoritarianism in the country and a return to Islamic laws. Imprisoned for six years under Nasser’s regime, she faced  the most harrowing persecution including being given to the dogs and hung upside down so that she may falsely testify against Syed Qutb and men with him. Zainab al Ghazali penned down her memoirs from the days in the prison, recording the miracles and dreams she received from Allah that kept her resistance strong and helped her survive the traumatic experience.

Heba Dabbagh,  a university student at the time, over 30 years ago was asked by agents from Assad’s regime for just five minutes of her time. What she ended up giving away were nine precious years in the prisons of Syria! With no political affiliations, there were  false allegations awaiting her, Heba was expected to falsely testify against those who opposed Assad’s regime.  During her imprisonment she was attacked with verbal and physical abuse, beaten with bamboo rods and electrocuted. Her book “Just five minutes – nine years in prisons in Syria”, is her  record of the prisons of Syria, torture chambers and the range of prisoners she came across in her cells (from Communists to spies, her own family members and even children). The book is testimony to her faith in Allah that helped her survive the harrowing experience.

Known as the “Mother of revolution” in Yemen, Tawakkul Karman is the youngest Nobel Peace Laureate, the second Muslim woman and the first Arab woman to receive the Nobel Peace Prize. A journalist by profession, Tawakkul came to limelight since 2005 when she organised protests against the repression of Saleh’s regime, and calling for press freedom. She is also an advocate for women’s rights and an influential member of the Islah party, an Islamic party opposing the President in Yemen. She too was imprisoned during the Jasmine revolution of Yemen in 2011 but returned stronger in her resolve to strive for Yemeni freedom.

In a response to journalists questioning her hijab contradicting her intellect, she famously said, “Man in early times was almost naked, and as his intellect evolved he started wearing clothes. What I am told and what I’m wearing represents the highest level of thought and civilization that man has achieved, and is not regressive. It’s the removal of clothes again that is a regression back to the ancient times.”

Fatima Jinnah, a highly educated woman, was a biographer, stateswoman, political activist besides being a dental surgeon by profession. She supported her brother, the founder of Pakistan, in their struggle for a separate Muslim homeland independent and what more can someone accomplish  in modern times where Muslims can freely breathe without subjugation. She ardently believed that in united independent  India, Muslims being a minority would be suppressed by the majority Hindus and hence laid the foundations of Pakistan Movement. Her support for her brother was exemplary whereby she stood by him politically in his struggle for freedom and as a support system within their home after his wife passed away. Post-independence she played a pivotal role in establishing the Muslim muhajireen from India and is rightly known as “Madar-e-millat” (mother of the nation of Pakistan).

“It is not righteousness that you turn your faces towards East or West.
But it is righteousness to believe in Allah and the Last Day,
And the Angels, and the Book, and the Messengers;
To spend of your substance, out of love for Him,
For your kin, for orphans, for the needy,
for the wayfarer, for those who ask, and for the ransom of slaves;
To be steadfast in prayer
And give in charity;
To fulfill the contracts which you have made;
And to be firm and patient, in pain and adversity
And throughout all periods of panic.
Such are the people of truth, the God-fearing.
Qur’an 2:177

Read more about these women on my blog here:

5 Historic Events During Ramadan that Rocked the World