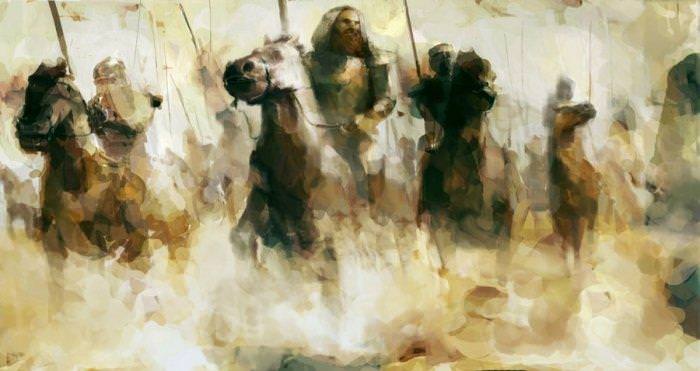 Ramadan, the 92nd year of Hijrah (711 C.E.) a slave of the Umayyad governor of Africa and his Berber troops faced off against the Visigoth king of Spain. Tariq bin Ziyad was born a slave and would die a beggar, but somewhere in between he managed to become one of the greatest generals the world has ever seen.

Having landed shortly before on a large rock at the bottom of Spain (that to this day is names after him), Tariq literally burned the boats that brought him and his comrades from the Maghreb. The extreme motivational tool worked and despite being outnumbered by the enemy by a ratio of at least 3 to 1, the Muslims managed to defeat the Visigoth King Roderic at the battle of Guadalete and race on to take over the whole of Spain and most of the France. 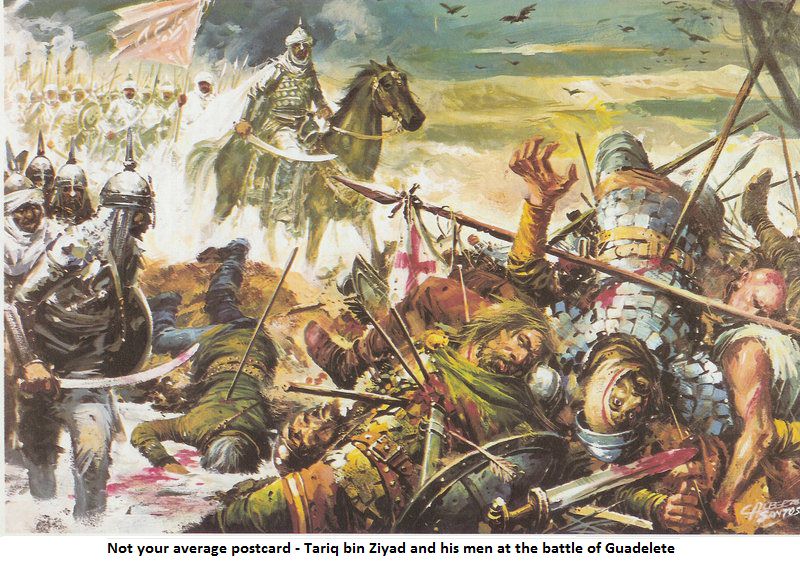 Thus began 800 years of Muslim rule in Andalusia that was the apogee of Umayyad civilization, laid the basis of the European enlightenment and proved that Muslims, Christians and Jews could live in harmony – well, at least until the Inquisition came along.

4. The Horns of Hattin

Salahuddin Ayyubi was one of the most awesome heroes in the history of Islam. We know he defeated the crusaders and reclaimed Jerusalem for Islam and the Muslims after almost a century of Frankish desecration. We even know that he managed to do this all whilst essentially being an extremely nice guy with chivalry and honesty being qualities that even his enemies acknowledged in him.

But did you know that he also had impeccable timing? Salahuddin had been slowly circling the Crusader kingdom for years. He was building his strength, neutralising weak points within his own ranks and essentially playing a massive game of chicken with the Crusader King. Well, in Ramadan of 1187 C.E., the game came to a head with both sides going for broke at the Horns of Hattin. What followed was less a battle and more a masterclass by Salahuddin in how to own your enemy tactically, physically and mentally. When the dust settled, the Muslims had triumphed, the leaders of the Crusader kingdom were prisoners and the road to Jerusalem was clear. Oh, and he retook that on the anniversary of israa and miraaj (the Prophet [peace be upon him] ascension to heaven via Jerusalem)… like I said, impeccable timing.

3. The last stand at Ain Jalut

Few Muslims had heard of Mongolia let alone seen anyone from there and yet here were this band of barbarians laying waste to everything that lay in their path. To give you an idea of how scared Muslims had become, it was said that if a Mongolian warrior asked a Muslim to wait kneeling for him whilst he went and found a sword to kill him with, the Muslim guy would wait patiently rather than risk a fate that was literally worse than death!

The whole of the Islamic world had collapsed in the face of this new and terrible enemy. Well, not the whole Islamic world. One last outpost remained. In Egypt, the Mamluk sultan Qutuz decided that he wasn’t just going to wait for his turn to die. He gathered his forces and made one last stand. At the springs of Goliath (Ain Jalut) the last consequential army in the Muslim world faced off against the undefeated Mongols. It was like a boxing match between some scrawny challenger and the undisputed heavyweight champion of the world – only with millions more lives at stake. The outcome of the battle see-sawed between the Muslims and the Mongols until finally, Qutuz himself led the breakthrough by charging deep into enemy ranks. That Ramadan, Ain Jalut marked the first time that the Mongols had lost a pitched battle – and Islam (not to mention the rest of the world) was saved.

The conquest of Makkah was more than just a footnote in Islamic history. It was the happy ending of one of the most amazing stories ever told. A story in which a band of men and women were tortured and harassed in their own home town because of their faith, how they had to flee as refugees and within the decade returned as conquerors.

The conquest of Makkah was a turning point in world history. Islam had returned home to where it had begun and the Kaaba was once more dedicated to the worship of Allah alone. As Makkah goes, so does the rest of Arabia and within the time it takes for news to travel, almost all of tribes in the Peninsula sent delegations to Medina with their allegiance.

Today more than 1.6 billion Muslims turn their face five times a day for prayer, go on Hajj at least once in a lifetime and bury all our dead facing towards this city conquered on one fateful day in Ramadan.

The mother of all defining moments – the battle of Badr is without a doubt the most important existential battle between good and evil in the history of mankind. On one side, the last Prophet

and just over 300 of his followers. On the other, the idolaters of Quraish with their superior numbers, weapons and wealth.

What followed was an epic battle that still resonates with Muslims across the world. Actually – the word “epic” doesn’t even begin to define the enormity of this battle. How important was this battle in the grand scheme of things? Before the battle started the Prophet

raised his hand to the heavens and said words to the effect, “If this small band perish today, then there will be no one left to worship you on the face of this Earth.” They didn’t perish and to this day, all who profess that there is no God but Allah and Muhammad is His messenger are eternally grateful. 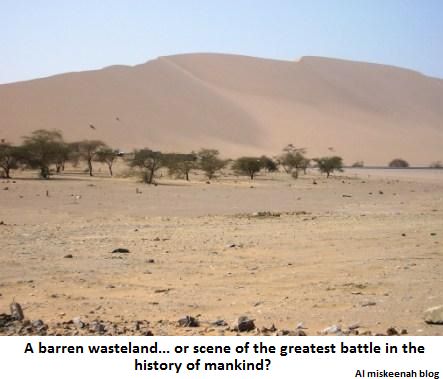 Lesson from the History?

To see Ramadan as only a month of inward spiritual reflection and purification is to miss out on the real example of sacrifice, struggle that has been a feature of the month of Ramadan throughout our history. This Ramadan, get involved in a project and make a difference to the Muslims in your community and the world around.

Ramadan for the Self-Righteous