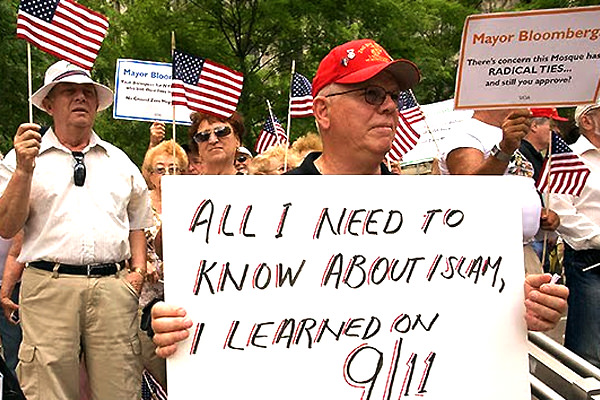 First and foremost, this September is about those who lost their lives ten years ago.  It’s about America and the remarkable people that make up this nation. It’s about never forgetting.

Second, as we approach the anniversary of the worst tragedy this country has seen, America finds itself facing many difficult questions about Islam in America. It’s important to understand that the questions have changed dramatically over the last several years. Whatever the reasons may be, whatever anger we may hold about the scrutiny, the fact is the questions surrounding Muslims in America are different.

The questions used to be:

We know these actions don’t represent the average Muslim’s beliefs, but how do we fight terrorism? How do we stop this isolated group of extremists that seek to destroy America?

Does Islam promote violence? Should we fear regular Muslims in America? Should they really be treated like everyone else?

Of course, this transformation in suspicion has not happened for everyone. But to the few who think these new questions are only being asked by a small, uninformed minority, let me give you brief examples of how Islamophobia is going mainstream.

When President Barack Obama was running for office, there was an accusation made that he was Muslim.  Was he linked to extremists? No; only that he was Muslim. He was “accused” as if there was something wrong with being Muslim. Fast-forward a couple of years to the “Park51” or “Cordoba House” project. The planned facility was supposed to be a Muslim version of a YMCA or a Jewish Community Center, but would also have an area upstairs for patrons to complete daily prayers. Bloggers against the construction labeled it the “Ground Zero Mosque” project. The backlash was strong, with protesters holding up signs saying things like, “All I need to know about Islam I learned on 9/11.” Most recently, Congressman Peter King held a hearing to assess the “radicalization” of Muslims in America.

Are we, the Muslims of America, doing our homework? We have tried to fix our image problem. Our knee-jerk response is to deny the claims outright. We maintain that Islam is a religion of peace and that terrorists are contorting our faith to push a radical agenda. We form advocacy groups that seek to convey their message through discourse. We participate in inter-faith panels, which seek to promote an open-dialogue among members of various religious convictions. We argue with those who believe Islam, in its plain form, is violent, and tell them they are wrong or ignorant or uneducated or bigoted. We put ourselves out there on the internet, radio or TV, as a part of this crusade to enlighten the uninformed on Islam, to tell them that our faith does not condone the innocent murder of anyone, to persuade them that our book’s teachings on “infidels” are taken out of context, and to tell each and every person who is willing to listen that Islam is not what it is made out to be in the media.

But it isn’t working.

Our way of life continues to be put under the microscope and our loyalty to America remains in question. Since America is asking something new, perhaps it’s about time we give them a new answer.

First, let’s start by stopping. It’s time to stop relying on an “open-dialogue” approach. From the old adage, “actions speak louder than words,” it makes perfect sense why our current attempts at improving our image are falling short. Our faith’s defense is being stacked up against images of violence and terrorism. Of course, many Americans are open, informed individuals, but these are not the people we are worried about. That’s why our “educational” approach through advocacy groups and interfaith dialogue is not always effective; we’re targeting the wrong people. Does anyone really think the guy holding up the sign saying “All I need to know about Islam I learned on 9/11” is going to be attending the next interfaith meeting at his local community center? People who attend these events are already on our side. We need a true strategy that is far more comprehensive.

Our “educational” approach could potentially work if we were able to empirically prove that Islam is a religion of peace, or that portions of the Qur’an were being taken out of context, or that average Muslims in America don’t believe in stoning sinners. But are we all really equipped to make this type of defense of Islam?

Probably not. (Some people can, see my related article on this HERE)

Defending Islam like this would require a couple of things–consensus and knowledge. We would all have to agree on what particular portions of the Qur’an are actually meant for this type of defense to be effective. Now consider that we are talking about a religion, something that is, by nature, faith-based, and a book, the Qur’an, that has various interpretations.

Even if we had consensus, to be effective, a majority of us would also have to possess the requisite knowledge about our own religion to be able to explain it to others. Again, is this really feasible?

So what is the solution for American Muslims?

Maybe we should stop trying to treat the symptoms, and start curing the underlying illness that is poisoning our image problem. Islamophobia typically stems from either fear or hatred of Islam. Now, imagine how difficult it would be for a fellow American to spew words of hate against Islam and Muslims in America if their long-time neighbors, who they always found to be kind and courteous, were Muslims? Or if their coworker, who they had lunch with nearly everyday, was a Muslim? Or if their son’s soccer coach, who was always staying after practice to give their son some extra help on his free kicks, was a Muslim?

It would be almost impossible to imagine someone who has had that kind of relationship with a Muslim to also harbor anti-Islamic sentiment. 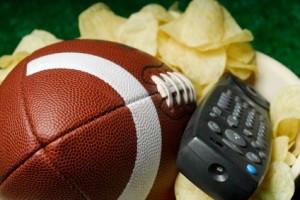 Our road to success starts with PTA meetings, barbeques, and Super Bowl parties. It’s about getting out there in our communities and really making an effort to get to know our fellow Americans. It’s about giving them some other point of reference for Islam. Whether it’s inviting your neighbors over for dinner, setting up play dates for your children with children of a different faiths, or joining your company’s softball team with your coworkers, as American Muslims, we can make an impact by showing, not just telling, our fellow Americans that we stand with them.

If you really want to say something, say this:
We don’t support terrorism or anyone who supports terrorism (no “ifs, ands, or buts,” no caveats, no justifications, just condemnation). We love our country and do not believe in any form of Islam that supports America’s destruction.

Other than that, our only chance at revamping our image will come from the actions we take. Those will do more to help America understand what Islam is all about than anything we can possibly say ever will.

Khurram Dara is the author of the forthcoming pamphlet “The Crescent Directive: A strategy to improve the image of Islam in America.” An American Muslim from Buffalo, NY, Khurram is currently a student at Columbia Law School. You can follow him on Twitter and Facebook.

How to Memorize the Quran Part III | Shaykh Umar Badahdah

The Peculiar Case of the Black American Islamophobe