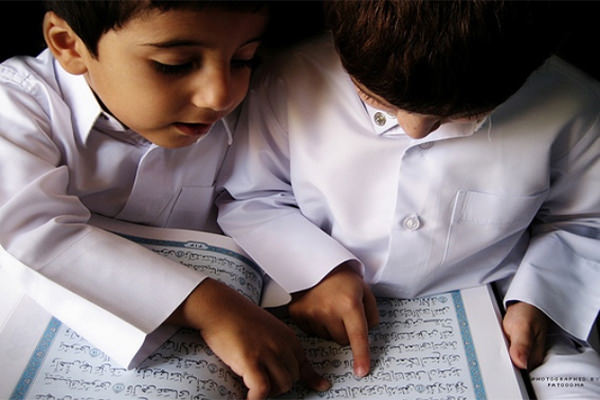 An abridged translation of the work of Shaykh Umar Badahdah:  Part III

Allâh has sent down the best statement, a Book (this Qur’ân), its parts resembling each other

There are many verses in the Quran that resemble one another yet have slight differences, and the one who is memorizing must find a way to be able to differentiate when a similar verse appears in a another place. There is no real method on how to remember which verse goes where, but it is up to every person to come up with any means that will enable them to get it right.

Though there is no single method on how to differentiate between resembling verses, there are a number of things one might pay attention to that are of benefit.

1) Knowing the exceptional cases – where a verse that is repeated one time in the Quran in one way, and numerous times in another. If you pay attention to the singular case and memorize it then you will know that every other case is going to be contrary to that.

Therefore, keeping this exception in mind will help you in deciphering which ayah to read, and when.

2) Knowing how to distinguish between resembling verses – scholars have written books just on this matter where they brought forth different ayahs that seemed similar and illustrated how they were different. It helps also to understand the meaning intended behind the verses as that will also allow you to comprehend why this word was used in this verse and why another was used in a verse that is otherwise the same. An example of this is in Surah Al-Imran where Allah, when discussing the story of Zakariyyah and his wife having a child in their old age, says:

Allah doeth what He will.

When Allah gives Maryam the same news of a child in the same surah Allah says:

Allah createth what He will

Why is one Allah does what He wills and the other Allah creates what He wills? Because in Zakariyyah’s case the two components needed for the child were present, a man and women. With regard to Maryam’s case it was that of a woman without a husband so here Allah said “He createth what He will”. So understanding the verses also helps with differentiation.

3) Understanding the meanings and Contemplating over them 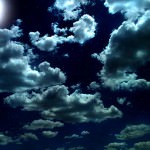 a) If one knows the themes that are discussed in the Surah and the sequence of those themes then this is something that will aid them a lot in their hifz. For example in Surah AlRa’ad Allah discusses first the Signs that are in the heavens then the signs that are on the earth, and then He discussed the stance that the disbelievers took with regards to those Signs, then mentions His Knowledge. So if you are able to know the different parts of the surah and their sequence then that can only aid you.

b) Some of the Surahs have long stories in them, like Surah Yusuf if you know the story then you should be able to get the sequence correct. Also in some Surahs a lot of prophets are mentioned – for example in like in Surah Al-A’raf, try to write down the order of the prophets in that Surah so that when you are done with a prophet’s story you are able to remember which one is coming up next.

c) Also knowing the juz and its quarters, knowing where one juz ends and the next begins, where the hizb begins and where it ends, this is very important. You can paint for each part of the juz a picture like for example in the first juz of Surah AlBaqarah, the first quarter has the story of Adam and the angels, the second quarter has the story of the Children of Israel and the Pharaoh, the third has the story of the cow, so for every quarter you have a picture that come forth in your mind. This technique is something that is a little tedious but it becomes easier with practice.

4) A general method of connecting verses – tying verses together by the method of memorization mentioned earlier.

There is no doubt that people surpass each other with regards to the ability to memorize and availability of time. The principles that have already been mentioned are universal, they can be implemented by the young and old, student and working alike. However some of the differences need to be elaborated on and from them are: 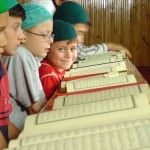 1) Age – memorize while you are young if you can, and if you are older than try to make up for it in your children that you might benefit from them, insha Allah. Memorizing with regards to children is free from problems such as resembling verses and things of that nature as they memorize without needing to understand. They don’t have to contemplate the meanings of verses or understand them, and their memorization is strong.

b) That the time itself is purely for the Memorization of the Quran – turn off your phone or don’t answer it, don’t use that time for eating, do not use it for anything other than your goal of Hifdh. The best time for each person will be dependent on their schedule, and Allah knows best about the circumstances of the people, but the best times seems to be two: after fajr and before going to sleep. They are the two most peaceful times of a person’s day.

Success Stories: From the Past and Present

Sheikh AlDosary said about himself, “I memorized the Quran in two months. I secluded myself from the people and locked myself in my office and did not go out except for the Salah.

A story from Sheikh Badahdah:

“I remember a story that I will conclude this lesson with. I will tell it to you now, about a man that I know, and he is still amongst us. He is a youth who is originally from Sudan. His father was studying in the U.S. and this brother was born there, so he was deserving of American citizenship. He studied university in the U.S. and received his Masters in Engineering and also entered a PhD program. Once, he was in the masjid, or Islamic center, that one of our brothers, who lives with us in this area, participates in. This brother had memorized most of the Quran and had good tajweed and a beautiful recitation. He used to lead them in prayer and he caught the Sudanese brother’s attention. The brother said that he never heard the likeness of this good and sweet (recitation of the Imam). “So when I asked,” said the Sudanese brother, “they told me that he had memorized twenty or twenty five, so I thought, ‘I am a Muslim and I did not memorize the Quran, nor did I learn its recitation’, so I committed to memorizing it.” So what did this man do? He stopped his education and took a vacation, and came to the Kingdom (of Saudi Arabia), free to spend his time memorizing. He came saying that he wanted to memorize and to learn some of the matters with regards to Hadith and some of the Islamic Sciences. He was sent to me by that brother who is our neighbor and I found him to have a serious concern and a high commitment.

He then went to Makkah to the Haram and got organized with some teachers who helped him so that he completed the memorization of the Quran in 100 days, in Makkah. Most of his time was spent on Hifdh. After this, the Sudanese brother came back here and requested a teacher so that he may revise and recite the complete Quran 10 or 20 times. I sent him to a Halaqa of one of the outstanding teachers and I sent him to another teacher for tajweed. Now, he is committed to those classes, not missing a single day. He did not come except for this matter, and he does not use his time except for this matter, and he did not pause his education except for this matter. So it is all about the intention and the commitment inshaAllah, and Allah is the one who blesses, helps and gives success.”

10 Years After 911: A New Question, A New Answer for American Muslims