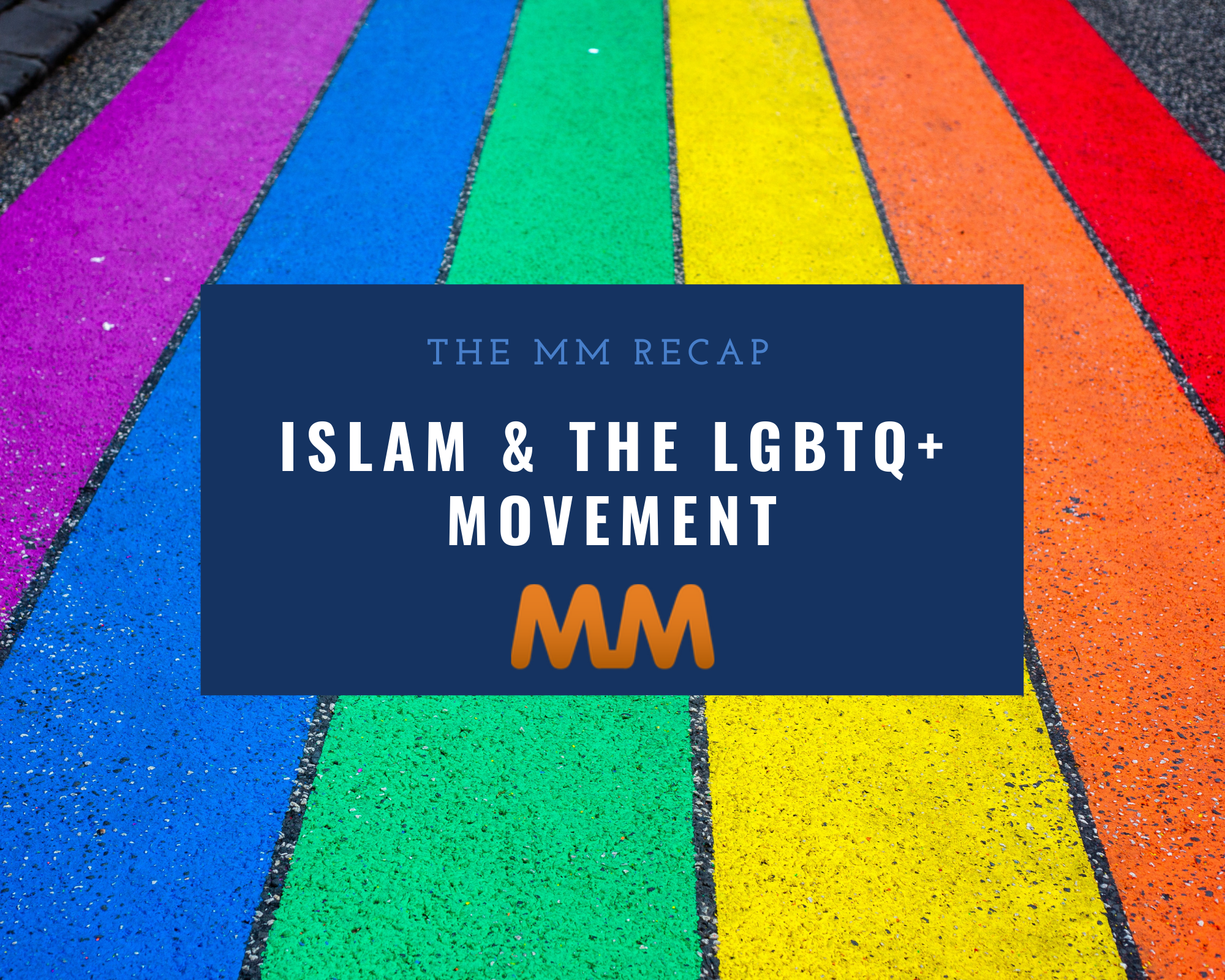 An Islamic Response to LGBTQ+ Propaganda

In North America, the month of June has been labeled “Pride Month” – dedicated to celebrating and promoting everything LGBTQ+ related. Almost every public institution features rainbow flags, the slogans “Love is Love” and “Love Wins”, pride parades, and more. More than ever, Muslims find themselves bombarded with messaging that can leave us confused, concerned, and conflicted. Inevitably, Muslim children and youth -and even adults- ask themselves, “What does Islam actually say about homosexuality?” How should we feel about the LGBTQ+ community?” “What about queer Muslims?”

Here at MuslimMatters, we have published many valuable pieces over the years on LGBTQ+ related topics, to provide awareness, wisdom, and guidance on how to handle these issues. These articles are unapologetically based on Islamic values and knowledge, spanning personal experiences with same-sex attraction, to compassionate advice, to scholarly and academic insights. We pray that each piece is a source of benefit to our readers in clarifying Islamic perspectives regarding homosexuality on the personal, political, and academic level.

and Islam. This podcast series is a safe space for Muslims who struggle with SSA, as well as parents, family members, friends, imams, chaplains, community leaders, and the community at large.

The essay in the link above is written by Br. Yousef, a Muslim with same-sex attractions. He, along with many other Muslims in his shoes, has committed to living his life on the basis of established Islamic moral and spiritual teachings. In addition, Br. Yousef has moderated an online support group for same-sex attracted Muslims (www.straightstruggle.com) for the past 13 years, giving him a wealth of experience and a unique perspective from which to address this topic. His essay is addressed to imams, chaplains, Muslim activists and community leaders, to the Muslim community at large, and to other fellow Muslims who find themselves dealing with same-sex desires and attractions.

From a Same-Sex Attracted Muslim: Between Denial of Reality and Distortion of Religion

“I am a 19-year-old Muslim girl and I’m sexually attracted to other girls. Please don’t judge me. I know it’s not right to act on my feelings and so far I haven’t, alhamdulillah. But I come from a good Muslim family, and now I live away from home for college and it’s getting more & more difficult to stay away from sin.” Umm Zakiyya gently provides wisdom and insight to a young Muslim woman struggling with same-sex attraction, and highlights important points on how to lovingly and spiritually support Muslims in similar situations without supporting homosexuality itself.

Certified therapist Menahal Begawala shares her experiences and insight on counseling Muslim girls struggling with their sexuality. She explores the psycho-social elements of female sexuality, sexual identity vs sexualization, and practical ways that Muslim parents, educators, and leaders can address the subject of girls and same-sex attraction.

Girls and Sexuality: Understanding What Parents and Muslim Communities Can Do For Their Daughters

Shaykh Yasir Qadhi responds to a male Muslim student asking for advice on same-sex attraction. The shaykh’s discussion touches on the issue of hypersexualization in society, the importance of personal restraint, and a reminder that desires do not necessitate action.

A married Muslim man wrote in to MuslimMatters, asking for advice on how to handle his sexual attraction to men. Afshana Haque, a professor of marriage and family therapy, writes back with compassionate insight and support.

Scott Kugle’s work on homosexuality in Islam is touted as a seminal work in academic and liberal circles as “proof” that Islam does not prohibit homosexuality. Ustadh Mobeen Vaid comprehensively dismantles Kugle’s arguments by drawing upon Islamic scholarship and identifying the academic dishonesty and lies that are used to support Kugle’s work.

Can Islam Accommodate Homosexual Acts? Quranic Revisionism and the Case of Scott Kugle

American Muslim promotion of the LGBTQ+ freedom and equality platform has drastically undermined the ability of the Muslim community itself to live with, or even conceive of, a conception of freedom and equality that would be most conducive to sexual probity, moral decency, and the preservation of faith across generations. Ustadh Mobeen Vaid critically examines the trajectory of American Muslims with regards to LGBTQ+ activism.

Imam Mikaeel Smith writes an open letter to the Muslim community, addressing common arguments used to convince Muslims to support the LGBTQ+ cause, and reminding us of our spiritual foundations and values. Imam Mikaeel answers questions such as, “Is it okay to support the legal right to gay marriage?” and “Isn’t it hypocritical to ask for Muslim civil rights but not support gay civil rights?”

An Open Letter to Muslims Regarding Islam, Homosexuality, and The American Way of Life

Ustadh Mobeen Vaid and Dr. Waheed Jensen write an in-depth paper that takes a deep dive into the issue of gender conformity and non-conformity, the mukhannathoon, transgenderism, and the medical and psychosocial implications of pursuing transition.

And the Male Is Not like the Female: Sunni Islam and Gender Nonconformity

Rethinking Work-Life Balance Through The Lens Of Amaanah