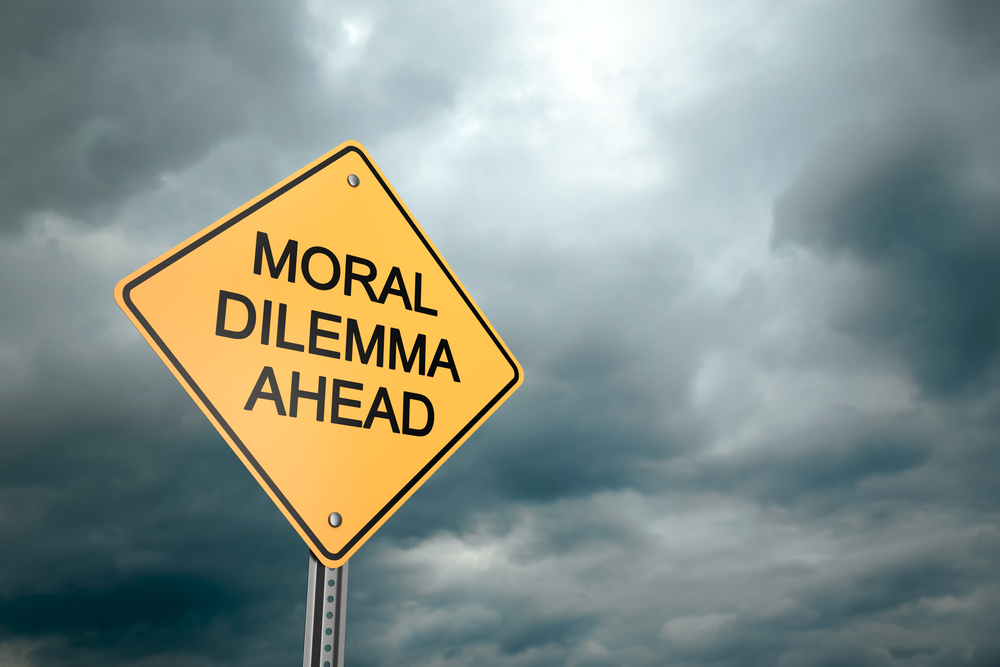 Since the United States Supreme Court decision to allow homosexual marriages in all 50 states in America, the American Muslim community has been forced to reanalyze what it means to be an American Muslim, and specifically what  American Muslims should think about such legislation.  American Muslims have been forced to question (once again) how one balances living in any country that sometimes legislates against one’s core principles. Social media has been flooded with articles, posts and long discussions, as Muslims both young and old struggle try to understand where they should stand during this epic moment.

A recent open letter written by two Muslims (a writer, Reza Aslan and a comedian, Hasan Minhaj) stated that it is hypocritical to fight for the civil rights of one marginalized group and not the civil rights of another group. What the writers fail to address is that one first has to be true to his or herself before they can be true to the society that they live in. They also fail to realize that Muslim civic engagement is based on not the current relative definition of what is or isn’t morally right but rather the Muslim engages based on a revealed ultimate moral code, which is static. If a Muslim stands up for the propagation of what she considers immoral actions, she is untrue to herself and an adversity to her society and religion.

I find it extremely disturbing that being true to what one believes can be called hypocrisy, when in reality it is the exact opposite.

This decision has effectively deemed homosexual relationships as morally right, in other words “good”. But what about the millions of Americans who the day before the decision was passed felt that this action was vile and detestable. What should they do if they wish to be good Americans? Well, if they truly believe homosexuality to be immoral, then their capitulation is tantamount to giving up a struggle for the well being of American society.

Is It Religiously Okay to Support and Celebrate the Announcement of This Decision?

The majority of the confusion regarding this legislation is about how a Muslim should interact with an individual or society that engages in such actions; and secondly, is it right for a Muslim to support such legislation.

Among Muslims there have been some who have expressed happiness over the legislation. In my understanding, this is completely wrong and unacceptable for someone who believes the action to be immoral.

When the Quran and Prophetic tradition speak so adamantly and clearly regarding an evil and perversion of an action, on what basis can a Muslim express happiness over its propagation?

A cursory study of the Quran would show us that a Muslim is taught to struggle to become the means for the removal of evil. If this is not possible than he should at least dislike the evil.

The evil is understood to be like that of a tumor, which has infected a person or even a society. The objective of doctors’ efforts is the removal of cancer out of love and compassion for the patient. Unity is also a byproduct of morally based political engagement in that all the doctors will join hands regardless race, religion or social class to get rid of the tumor.

The Islamic moral code is not relative. In fact true morality can never be relative rather it is absolute. As Peter Kreeft states in Ecumenical Jihad, “Otherwise, such a moral relativism is an infallible prescription for social chaos.” This exact idea is also found in the Quran, where Allah states, “Had there been any God other than He, the Heavens and Earth would be in chaos”. The “chaos” that we see today is called moral relativism which will be discussed later.

Our Islamic moral code commands us to stand and fight for all human beings, but we are also commanded to stand against all dehumanizing deeds. Essential to understanding the Islamic moral system, I have outlined some facts or truths about morality:

Point number 7 above points out perhaps the most essential aspect of Islamic morality. That is does discriminate. But this “discrimination” is not between good and bad people but good and bad actions.

A Trendy Defense of Islam

When living in America, or any other non-Islamic country for that matter, a Muslim is allowed by the Shariah (the moral, ethical, social and political codes of conduct for Muslims at an individual and collective level) to fore-go or ignore some of the aspects of the Shariah. For example, the penal law and some aspects of civil law are not to be implemented. However, this does not mean that a Muslim should lose sight of what his or her belief deems to be ideal — as per the Quran and Prophetic teachings of Muhammad

It has become a rather trendy method for many Muslim activists to dismiss or even demonize some aspects of the Prophetic teachings in order to defend Islam. The question begs to be asked, “What Islam are you defending?” This method of defending Islam has led to widespread confusion among Muslims as to what is a part of religion and what is cultural. As Muslims, we are not obliged nor allowed to force people upon Shariah. However, we are also not allowed to forget what Islam holds to be ideal.

Muslims should thus understand that their moral engagement in the American political scene is essential to the well-being of America. Their engagement will only contribute to the betterment of the society when they engage with their universal code of morality and their list of unchanging rights and wrongs.

In my understanding, both American values and Islamic values merge on the elevation and honoring of those who are true to what they believe —both in speech and action.

The Prophet’s Most Repeated Dua