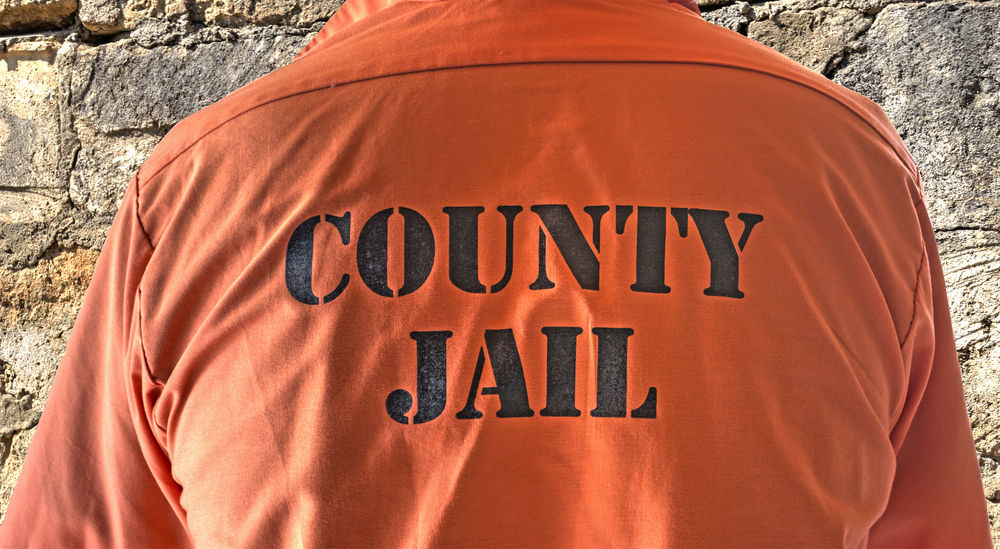 The last two years have been surreal for me. When you’re imprisoned with no access to the outside world or to fresh air and sunshine, time ceases to have meaning. You measure time by weeks and months rather than hours and days. It’s as though you’ve entered an alternate universe, stuck in limbo.

When I was first arrested, I didn’t know what to expect. Naively, I asked if I would be back home that evening. I never imagined I’d still be detained more than two years later. It just made no sense. How could someone who has been living peacefully with his family, working productively and responsibly for more than decade, and has never been accused of any crime before, suddenly be whisked away and locked up with the most violent of criminals? I can understand having to face a trial to defend my innocence, but I don’t understand this pre-trial punishment. “Innocent till proven guilty” is such a basic universal concept that it seemed absurd I could be imprisoned and punished for this long – waiting, having to prove my innocence, rather than simply defend it.

Incarceration in county jails, I’ve come to understand, is actually much harder than real prison – which sounds absurd because most people being held in jails are considered “innocent” awaiting trial. In prisons, state or federal, convicted inmates have relative freedom: they eat better, have access to outdoor recreation as well as more avenues for entertainment, and better contact with their families and the outside world. Here in the county jail, you’re locked up in squalid cell blocks almost 24 hours a day, packed up like sardines in a can, with no windows, no outdoor recreation, and contact with family limited to one 30 minute “visit” a week over a grainy, dim, video monitor. The food is much worse than in prison and the only recreation offered is an hour of indoor recreation in the basement on week days and weekly trips to the jail library. Even a chance to sit on a simple plastic chair during attorney visits seems like a luxury in here.

The conditions being as harsh as they are, many inmates feel desperate to get out, and hence agree to the first plea offer they’re made, thus avoiding the many months of waiting a trial would take. Perhaps that explains the logic behind the conditions of jail detention. The excuse made is that jail detention is meant to be temporary, but in what world is two and half years “temporary”? It’s one thing if someone was caught red-handed, or is known to be dangerous. Here, the government, after years of close surveillance and scrutiny, has acknowledged that they don’t consider me a danger. The charges are from eight years ago, and my connection to the crime is so tenuous so as to be non-existent. I’m being accused of facilitating some financial transactions for a family member, who may have given some of those funds to an associate of his, who then allegedly gave it to someone else, who then may have given it to another person, who a year after these alleged events became designated as a terrorist. Yet, the government believes that I should be detained for a quarter of a decade prior to trial because of how heinous my “crime” is and because I’m a flight risk. This is despite no “smoking gun evidence”, according the government at the bond hearing in November.

It takes a while to come to terms with the idea that some people hate you so much, that they’re willing to go to great lengths to take you away from your family and imprison you for decades, knowing very well that you pose no threat and were not guilty of any crime, simply because of your faith. People who live ordinary lives like most of us do, and like I did until my arrest, do not normally experience that kind malice and spite, so it takes a little getting used to. Having spent more than a year discussing the case and the evidence with my attorney, it is abundantly clear that the government investigators and prosecutors know full well that I’m innocent, yet they still twist and distort facts in order to gain a conviction. They ignore those facts that don’t fit their narrative and misrepresent others to make them fit. Their goal is not justice, their goal is conviction. It is not prosecution but persecution.

How I’ve held up so far is something I myself cannot fully explain. I’m not a naturally strong person or a fighter. I’ve always been very non-confrontational, even passive. But I do believe strongly in truth and justice. More than anything else though, it’s been my faith and trust in Allah, based on the knowledge and understanding of Him that I had gained over the years, that has held me instead. We are taught that persecution is the wont of the believers throughout the ages. It’s happened to great people in the past – to the Prophets Yusuf (Joseph), Yahya (John), and Esa (Jesus), peace be upon them all. We are also taught that God places no burden on His servant greater than he/she can bear. So, every time I feel that I’d reached my limit of endurance, God All-Mighty and All-Merciful gives me a sign – some unexpected good news, some act of kindness towards me or my family, some words of encouragement – that reinvigorate and strengthen my faith and resolve.

The analogy I make is that of a reluctant worker who is being forced to do some heavy manual labor – his body is pushed till its limit and his muscles feel ripped and hurt. But once they heal, he finds himself stronger and more resilient. I am eternally grateful to God for having made me stronger in my faith and having provided for and taken care of my family and myself. As a husband and father who was the sole bread-winner of his family, the biggest burden on my mind from the moment I was arrested has been concern for my family’s well-being. Yet due to the Grace of Allah Almighty, and the unselfish efforts of some truly exceptional and generous people, my family has been well-taken care of, and that more than anything else has given me the strength to continue this long and grueling fight. For those people who have been helping take care of my family, God knows who you are, and your reward is with Him who is best capable of rewarding good deeds.

My faith, alhamdulillah, is stronger than ever, as is my relationship with my family. All my oppressors have succeeded in is making me a stronger believer in God, and the hardship they’ve caused us has done nothing except anneal and strengthen the ties between me and my family. They have not succeeded in changing me, except for the better. I have never hated anyone, and I don’t do so now, despite their efforts. I wish peace and happiness for all, even them.

I end with greetings of peace to all those who took their time to read these brief thoughts that I was able to compose from my prison cell. May Allah guide us all to the best of this world and the next. And indeed, all praise and thanks are due solely to God, the Lord of all people.

An unexpected ruling on the judge’s part earlier this week has greatly affected Ibrahim’s current detainment and has violated his constitutional rights. After more than 3 months since his third bond hearing, the judge has yet to make a ruling regarding his release on bond. Thus, at the pretrial on Feb 15, 2018, the #FreeIbrahimNow team asks you to pack the courtroom at 11 am. U.S. Courthouse, 1716 Spielbusch Ave. Toledo, OH 43604 and sign this petition.

America’s Jihad – A Lesson On Immigration From Islamic History

The Bilal Movie: Why It Still Reinforces The Slave-Narrative Of Black People