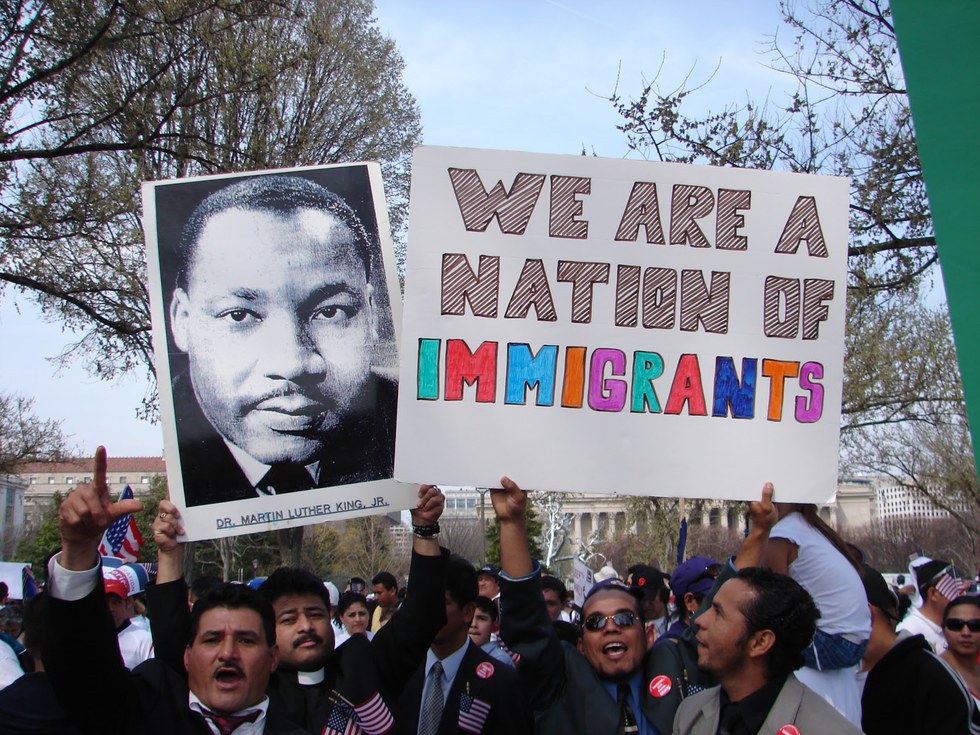 When I think of America, one word comes beaming at me like a star on the spangled banner: “Jihad.” As is always the case when this word is used, the uneducated (or those who wish to fill the world with hate) immediately think of a Holy War; a war against American values. However, the jihad I speak of here is a struggle that is going on within the borders of America. A struggle between those who have and those who have not. A struggle for those who dream to live the good that America has to offer, and a struggle within the ranks of the upper-class to determine whether or not they have a role to play in helping the less fortunate of them. As a child to Jamaican immigrants, I am intimately aware of what it is like to grow up unsure of whether you can call this country your own.

A lot of this has been fueled by the 45th (and those of his ilk) who have made it very clear that America is at war with the poor, the immigrants, and the other. They are the ones who are in a constant battle to preserve their mental state from the daily duress of keeping up with bills and with constantly questioning whether they are welcome in a country they wish to call home. They constantly aim to live a dream that seems more and more impossible to attain.

As a man of God, I oftentimes find my solace and direction in scripture. I turn to the Holy Quran as my guide, and I find the following verse:

“And [also for] those who were settled in Madinah [the city to which became the hub of Islam] and [adopted] the faith before them. They love those who emigrated to them and find not any want in their hearts of what the immigrants were given but [instead] give [them] preference over themselves, even though they themselves are in need. And whoever is protected from the stinginess of his soul – it is those who will be the successful” [Surah Al-Hashr;9]

. They were natives from the land in which Islam grew to become the religion we know today; Madinah. However, there were other men and women who had called themselves Muslims before the city of Madinah was established by Muhammad

. They were men and women from a city called Mecca, and they wanted nothing more than to live their days out as believers with their families and friends. Unfortunately, the people of Mecca cast them out and left them destitute and unable to care for themselves. The people of Madinah would later be given the title of “The Helpers” because, ultimately as the verse from the Holy Quran states, they welcomed the men and women of Mecca into their city and their homes. They shared their food and sustenance. They gave and gave, even from what they themselves wanted to partake from. They sacrificed, and as a community they prospered.

So what can we do to help our immigrant brethren?

We need to spread the message of comradery as it is so desperately needed in America. When messages of hatred towards Dreamers and other immigrants become normalized on social media, we need to fight back and struggle against a system that wishes to take away the future of people that deserve just as much as ourselves. We can empathize with those that have fears. People who believe that the more people we accept into our beautiful country could in turn mean less opportunities for us, but that’s exactly where this beautiful verse comes in to teach us a lesson. Islam teaches that success in this life and the next isn’t solely based on the wealth that we accumulate, but also on how much of it we can share with those who need it. Putting this into practice is the struggle that I speak of, it’s a jihad that we all have to face.

These teachings of altruism are not only found in the Quran but are also within the core of most major religious groups that dwells on this Earth. They are to be found in the heart of the humanist and the soul of the atheist. However, we as believers are to be a source of light that illuminates the falsities, and while others may also have truth, our very scripture and one of the characteristics of God is that He is Truth. The belief that we are beholden to the weak among us and that the stronger of us should pick up the weaker is a principle upon which we as Muslims aims to practice. We do not fear those who are foreign; the religion binds us as one. As for those who do not share our faith, we call to our faith through our love, care and protection of them. While some may attempt to distract us with fake news and insults, we will still struggle. While some may tell us that we should only look out for those of our faith, we will transcend such calls. We will struggle for the sake of those we love, those we know, and those we do not. We will struggle and give of ourselves like The Helpers of Madinah and hope to usher in a generation of young men and women whose dreams can come true.