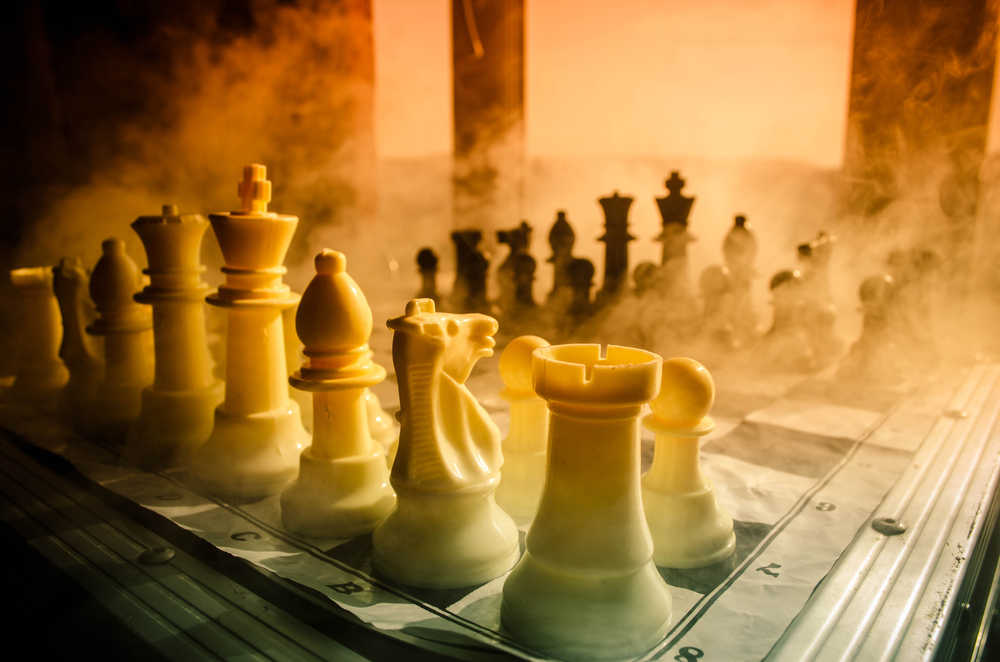 As the intra-GCC conflict digs its heels in deeper, it is important to acknowledge that no single party is one hundred percent correct, that not every issue is black and white, and that there exists large swathes of gray- as is typical in such wide geopolitical conflicts.

Having said that, there is certainly a party that is more principled. And in the following five key points (in order of importance), I make the case that Qatar has the moral high ground on both principles and facts surrounding this crisis:

Muslim Brotherhood is a paranoia that should not destroy GCC brotherhood:

One of the most fundamental Saudi complaints against Qatar is with regards to the Muslim Brotherhood (MB). One must note that the MB was Egypt’s democratically elected ruling party only a few years ago, and soft links to this movement exist globally, from Tunisia, Morocco to Turkey, Pakistan and many others.

While MB organizationally has renounced violence and has assimilated into democratic channels in most parts of the world, some offshoots have taken on more violent dimensions. But to paint the entire movement as one monolith or the “mother of terrorism” or the “motivation behind ISIS” is not only simplistic but also flat wrong. Let’s take this logic to its natural conclusion: if ISIS takes its motivation from MB, and MB takes its motivation from Islam, is Islam the “mother of terrorism”?

Perhaps the real fear is not terrorism or violence. The indisputable fact is that MB is organized and transnational, and its role in the Arab Spring created new levels of paranoia for the Saudi bloc. Thus, one can understand that some non-democratic countries such as Saudi and UAE may see MB offshoots as existential threats. However, many countries allow MB offshoots to prosper or at least exist; yet they remain peaceful elements with little influence at the top (like in Pakistan, Qatar, Kuwait, etc.).

It is important to note that human psychology is such that the more you silence and oppress opposing voices the more you exacerbate dissension. Thus, it is in the Saudi bloc’s interest to win hearts and minds with good policies and governance, rather than censorship and silencing, by observing other nations where people have dismissed Islamist movements by choice (not force).

Qatar is tied to Iran not by choice but by resources:

The Saudi bloc wants Qatar to be “less close” to Iran, including military cooperation. First of all, there is little evidence of military cooperation in recent times. As for other ties, Qatar is different from other GCC nations in that it shares with Iran exploration rights in the world’s largest gas field that holds at least 43 trillion cubic meters of gas reserves. This physical reality binds the two nations in an economic cooperation that is critical to both.

Furthermore, while the Saudi bloc sees Iran as the biggest threat to world peace and the largest sponsor of terrorism, it continues to maintain diplomatic and economic ties with Iran. So on one hand, Qatar is being punished for not toeing the Saudi bloc line to Iran, but the on the other, the Saudi bloc continues to do business as usual with Iran. This makes little sense and reeks of double standards.

Instead of strong-arming Qatar into cutting ties with Iran, the way to contain Iran is through diplomatic and political channels. Yes, Iran must stop its disastrous direct interference in assisting Syrian’s Assad in his brutal campaign. But having Qatar cut its ties cannot stop it. In fact, the Saudi bloc could use Qatar as a vessel to negotiate political solutions to the region’s abysmal situation, rather than block such channels.

If Qatar silences Al-Jazeera, can we ask UK to silence BBC, Russia for RT and Saudi for Al-Arabiya?

This is one of the more incredulous demands by the Saudi/UAE/Egypt (“Saudi bloc”), and has its roots in the Egyptian’s bloody counter-revolution that brought Sisi into power (financed by UAE), following the Rabaa massacre. During this time, Al-Jazeera was viciously attacked for its unfavorable coverage of the coup and, one may fairly argue, for its bias towards Muslim Brotherhood (especially on its Arabic channel). It was systematically turned from a champion of Egyptians (during the Arab Spring) into the enemy of the state, when it refused to stand arm-in-arm with the rest of Egyptian media in the propaganda to dehumanize Morsi and his Muslim Brotherhood party and supporters, a necessary pre-condition to depose Morsi and reinstate military rule.

To be clear, Al-Jazeera cannot be considered “free” press because it has to abide by Qatar’s laws, which for example, prohibit it from speaking unfavorably about the Qatari royal family. However, nearly every single government channel is biased in one-way or the other to its “ruling party”. Consider RT, from Russia—when is the last time it issued a scathing report on Putin? Or consider the Saudi bloc’s own channels, some of which have published the most embarrassing stories, ignoring even the most basic journalistic standards. Similar demands could be made to shut down Saudi and UAE media. Can Qatar demand Al-Arabiya to be shut down?

While far from perfect, Al-Jazeera especially its English channel, has received global accolades for some fantastic reporting. And even acknowledging Al-Jazeera Arabic’s failings, what right does one country have to impose its will on the media of another country? Such demands are unprecedented and silencing media outlets causes much harm. If Al-Jazeera’s media coverage is unfair, let its watchers and readers make that determination by giving them access to it, along with alternatives. If one is on the right side, then what does one have to fear? Competition should be on ideas, not on censorship!

If Qatar sponsors terrorism, where is the proof for its (official) involvement?

This might be by far the most inane demand, for lack of better words. The Saudi bloc is accusing Qatar of being a supporter of terrorism, a charge that has been used over and over for political purposes around the globe. Donald Trump used the fear of terrorism for his own election by making Muslims the global bogeyman. In Egypt, Sisi used the media to paint MB and even its supporters as terrorists, turning a democratically elected government into purveyors of terrorism, with no evidence except planted stories and loud media voices. Similarly Qatar faced a barrage of negative op-eds in USA papers over the last few months, to soil its reputation.

Looking at documented incidents of terrorism in the West, has there ever been a Qatari or even an expat from Qatar involved in terrorism? No. Yet, one cannot say the same about the Saudi, UAE, or Egypt. Could citizens of Qatar be involved in ISIS? While not documented so far, it is possible, but there have been documented cases of citizens of USA, UK and other Western states in ISIS. The question is has Qatar officially supported ISIS in any form? And the answer is a resounding no.

As far as funding terrorism, most of this relates to the Syrian civil war. As we all know, all parties in this conflict are united against Assad. Yet, different parties have chosen to support different entities at different times based on illusions of effectiveness. Could some of this money end up in the wrong hands? Absolutely. In fact, any funds from any nation, including the Saudi bloc, the United States, or any of the multitudes of players could end up in the wrong hands.

Thus, needless to say the terrorism charges against Qatar are obscure at best. And things will become even more clear once the USA firm headed by the US Attorney General during Sept. 11 attacks, John Ashcroft, finishes reviewing measures in place to prevent and detect efforts to launder funds and/or to use its financial systems to finance terrorist organizations

If Turkey must leave Qatar, can China ask USA troops to leave Korea?

As for Turkey, Saudi bloc sees MB shades in Erdogan’s government, although ironically Erdogan is nowhere close to implementing Islamic sharia in its borders relative to say Saudi Arabia. But again, it is not about ground-reality in Turkey; Saudi wants to impose its will of shutting down MB activities and the more powerful Turkey stands in its way. Thus, Saudi wants Qatar to evict Turkish troops, while one observes, leaving US troops there. On what international legal ground can one country demand another country to evict one country’s troops and leave another’s there? Can China ask USA troops to vacate Korea? What about foreign troops in Saudi and Bahrain?

The Saudi bloc also dislikes Qatar for allowing offices of Taliban and Hamas. The presence of official representatives in Qatar permits counter-parties to meet at a neutral location, which is to facilitate peaceful and political resolutions. You cannot shut down voices; you can just force them to move somewhere else, which may make it even harder to come to reasonable terms with them. Even the USA has engaged in discussions with Taliban in Qatar. And Qatar has hosted Palestinian unity efforts. So, is this a case of facilitating peace or fomenting terrorism?

In conclusion, while no party is absolutely right in its positions, the demands of the Saudi bloc are egregious and dishonest, and reek of bullying. Were Qatar to cede to such demands, it will be one step away from ceding its complete sovereignty to another country. No sovereign nation can accept such dictation of its own internal and foreign policies. It is time for the Saudi bloc to sit down with Qatar and neutral third parties and try to find areas where Qatar can pacify concerns that do have a direct impact in the Saudi bloc. Qatar does not have to agree with its neighbors on all issues, in order to live peacefully with them. For example USA and Mexico don’t see eye to eye on many issues, including seething hatred between its current leaders, but has USA blockaded Mexico and demanded it follow US principles? No.

It is time for the Saudi bloc to grow up to international standards of diplomacy.

Related Topics:qatarSaudiUnited Arab Emirates
Up Next

How to Save Your Family from Self-Destruction

When You Behold His Majesty, by Ibn al-Qayyim