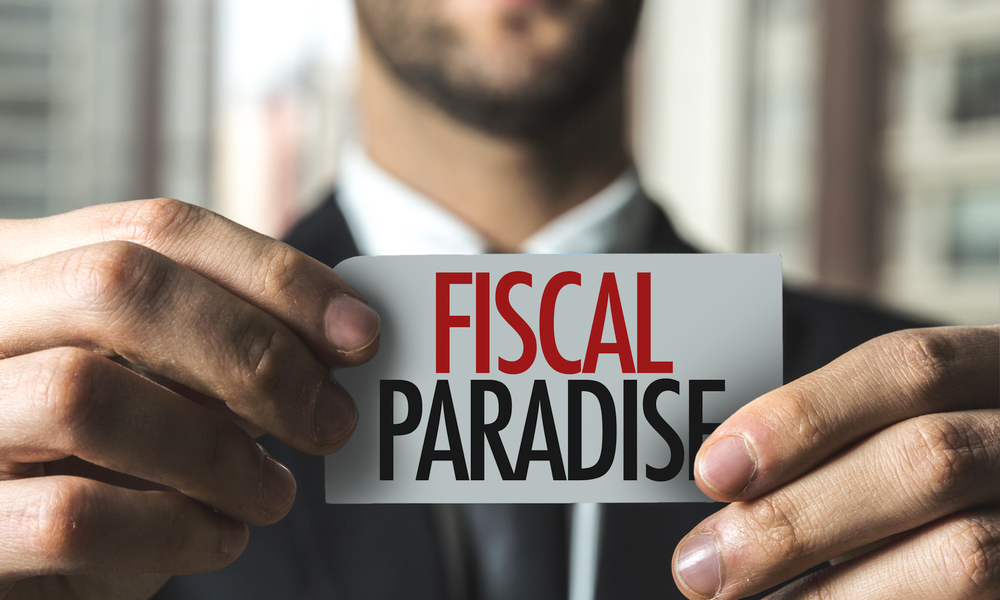 One of the primary objectives of Islam is the development, preservation, and equitable distribution of wealth in society, and Zakat is the main vehicle for social and economic justice. Charitable giving is considered a proof of faith and withholding charity considered as a serious offense. Thus, when Abu Bakr

became the Khalifa, and some tribes withheld paying Zakat, he emphatically stated, “I swear by Allah if they withheld only the [amount in Zakat] of the reins of a camel of what they used to give to the Prophet, I would fight them for it.” While the early generations realized the importance of Zakat, it has, unfortunately, become the least understood of all the pillars of Islam.

Last Ramadan we wrote about the problem of non-profits abusing Zakat. Even more potentially damaging is when people don’t properly pay their Zakat at all. Poorly reasoned opinions on Zakat can lead to hundreds of millions of dollars that are not going to those in need. There are many topics related to Zakat that need clarification, but we will focus on one particular issue, the 401(k). The 401(k) is how Americans tend to hold their wealth. The average 401(k) has roughly $100,000.00 while a typical savings account has less than $1,000.

While there are several legal opinions on the 401(k), it is relatively common for Muslims to be told the 401(k) is exempt, at least until the age of 59 ½. The rationale is that individuals do not have full ownership of the 401(k) as it cannot be withdrawn until the age of 59 1/2 because it is subject to taxation and an “early withdrawal” penalty, which somehow makes the asset illiquid. This view creates a massive Zakat shelter that perpetuates inequity and treats people with similar assets differently for seemingly no good reason.

Let’s illustrate why with the following examples:

Why the difference? Haroon’s gold stock is in a self-directed 401(k), while Musa’s gold stock is in a regular brokerage account. Haroon’s 401(k) is subject to ordinary income taxes upon withdrawal, in addition to a 10% early withdrawal penalty. However, Musa can sell his gold and be subject to a 28% maximum federal tax rate on the capital gain of the stock. Both Musa and Haroon voluntarily choose how they would own these assets.

Both are subject to taxation upon withdrawal. However, only Haroon is subject to the 10% penalty and ordinary income taxes for all the gold stock he owns. So, for Shuyukh who take the view that the 401(k) is exempt from Zakat for those under 59 ½, Haroon should not have to pay anything on the gold stock.

To show why Musa and Haroon should not be treated differently, let’s go over some basics of zakat, though this short article cannot be a comprehensive treatment of the subject: 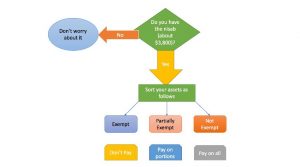 A prerequisite of paying Zakat is possessing the nisab (threshold of possessing surplus wealth) and the passage of the hawl (lunar year). So, if you don’t have enough money over the duration of the lunar year, you don’t pay zakat. You don’t pay zakat on exempt assets, you partially pay on business assets, and you pay the full 2.5% on assets that are fully “zakatable.” Note though other rates apply for agriculture and livestock.

Retirement plans like 401(k)s are not assets in and of themselves, capable of being sorted in the flow chart above. They are “wrappers” for almost any asset providing tax treatment that is different from assets in other “wrappers.” The tax treatment can be considered either better or worse depending on your perspective. Roth IRAs and Roth 401(k)s come from post-tax dollars and are treated differently. However, Microsoft common stock owned in a retirement 401(k) account and Microsoft common stock in other types of accounts are the same, you get the same rights of ownership, such as a dividend (if it is paid) and voting rights.

When you open a 401(k), you are voluntarily participating in an employee benefits program by taking pre-tax dollars from your paycheck and depositing it into an investment account. This money can be invested in your company’s stock, a menu of mutual funds, or perhaps a brokerage option where you can invest in almost anything available for sale in an online brokerage. There are other wrappers for the same assets, such as irrevocable trusts, non-qualified plans, captive insurance companies, limited partnerships, LLCs and other vehicles. A 401(k), as well as other Employment Retirement Income Security Act (ERISA) Qualified Plans also offer asset protection benefits to those who have them. Additionally, your employer may match your contributions up to a certain percentage, essentially giving you free money as a reward for saving.

Aisha’s twin sister Fatima works at another company that does not offer her a 401(k), and she has an annual salary of $50,000. She saved $10,000 of her money that year. While they both have savings and assuming a lunar year has passed, Aisha was fortunate to deposit pre-tax income into her retirement account, and her employer matched her contribution. Fatima had to save her post-tax money without any help from her employer.

A Zakat rule exempting 401(k) assets while imposing Zakat on other savings penalizes Fatima for not landing a job at a company that offers a 401(k) with matching as part of its benefits package. Such inequity seems arbitrary and unjust on its face.

Does a 10% penalty make something “illiquid”?

The claim that something is illiquid or inaccessible because it is subject to ordinary income taxes and a 10% penalty also appears to be a weak reason to exempt assets from Zakat on another count: The term “subject to taxation” does not mean it will be taxed.  The 401(k) is more complicated than merely a 10% penalty (which generally applies to similar plans), since there may be the ability to borrow from an account you do not close down.  Though this should normally not be necessary.

To illustrate, let’s add some facts to our first example. Say Haroon, who has his gold stock in a 401(k), is about to have losses for the year in a failed business. He does not know this will happen when he pays Zakat. His losses would wash out any penalties and taxes he may pay on his 401(k) if he decides to withdraw it. Musa will have a great year and would pay the full 28% capital gains tax on his gold if he sold it. Gold has a higher capital gains rate than other kinds of assets. So in this example if we follow the 401(k) is exempt from Zakat view, Haroon’s wealth is regarded as “illiquid” because he is subject to taxes he legally does not pay. While Musa has to pay taxes, but his gold is (properly) considered fully “zakatable” because his assets are somehow considered more liquid. Moreover, when the time comes to calculate Zakat, there is a realistic possibility that neither Musa nor Haroon will have any idea what tax bracket they will fall in, if they will make or lose money, what specific exemptions they will have and so forth. They may have some idea, but they don’t truly know the future.

The practice of making sweeping judgments on qualified plans based on their potential tax treatment serves to create a contrived Zakat shelter. Taxation, as taxpayers know, is subject to variables such as income, brackets, exemptions, exceptions, deductions, and credits. Furthermore, a flood of regulations, memoranda, and court opinions add to or modify tax rules regularly. The very wealthy, because tax laws tend to be written to favor them, often pay little to no taxes in comparison to their resources while the middle class often pay far more.

Does a 10% Penalty mean your money is not liquid?

As to the 10% early withdrawal penalty that evidently makes the asset inaccessible, according to some Shuyukh, the government is far more flexible than many realize. If you know you are going to withdraw a similar amount every year, for example, you can make the withdrawal without any penalty according to the tax code.

Does this mean the answer is clear and that you should treat the entire 401(k) plan the same as cash? Well, not really as there may be more to it. For example, some assets in a 401(k) may not be “vested,” which is to say not yet owned, and therefore exempt from Zakat. In the case of the 401(k), we share the opinion of reputable scholars, that all vested assets in a 401(k) are “zakatable”, regardless of which “wrapper” the asset is in (e.g., through a personal business, corporation, etc.). We leave aside for now the issue of calculating Zakat for the underlying assets inside a 401(k), particularly common stocks. This can be addressed separately.

If we are not careful in getting our zakat calculations correct, we will end up excluding what may be billions of dollars of wealth American Muslims possess from Zakat. The sad fact is, the current crop of articles, seminars, and overly-simplistic zakat calculators do not do justice to this pillar of Islam.

In General, knowledge of Zakat in the United States is woefully underdeveloped, providing opportunities for the proliferation of views exempting payment for dubious reasons. Islamic Scholars would serve the Muslim community best by developing appropriate uniform standards on payment of Zakat that both understands the realities of how Americans hold wealth as well as the rights of those entitled to Zakat.

Osman Umarji was born and raised in Southern California. After spending years working as an engineer, he left his career to pursue an Islamic education at Al-Azhar University, specializing in Islamic law and legal theory. He  previously served as an Imam and has spent years studying Zakah and has given numerous seminars on the topic. He is currently pursuing a PhD at UC Irvine in Educational Psychology, while also serving the community as an educational consultant

Bernie Sanders And The Mirage of Religious Freedom

Grenfell: 5 Questions About The London Fire That Need To Be Answered