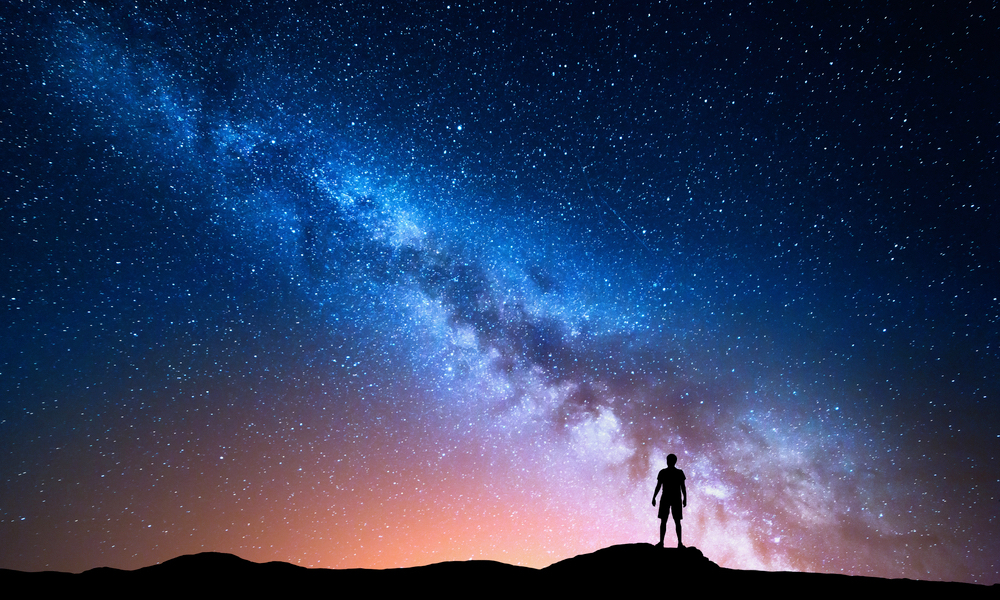 A dear friend told me recently, “I mean no offense, but your life is so fraught with trials and tribulations that when things are bad I just think of how things are for you. And it makes me grateful that things in my life aren’t as bad.” I took no offense at all. Because, yes, I have suffered and suffer more pain, loss and hardship than you could possibly imagine. But my life is also filled with miraculous stories of God saving me even from the grip of death when I was certain I would die. That is because God says in His majestic book, the Qur’an:

It is one of the only sentences in the entire Qur’an repeated twice in a row. Because God wants that point to really hit home for you. When this verse was revealed, the Prophet Muhammad ‎ﷺ came out literally laughing out loud in glee proclaiming glad tidings to his Companions saying:

The great 17th Century Hanafi jurist and theologian of Herat, Mulla Ali Qari, said about this:

“Hardship here is solitary but the relief is double. Hardship is what one experiences in the troubles of this world and its tribulations. But relief, when it comes to the world, is victory and prevailing against adversaries, whereas, in the Hereafter it is a most beautiful success and reunion with loved ones.”

The Prophet’s ﷺ Companion, `Abdullah ibn Mas`ud, said about this verse of the Qur’an:

“If hardship were to enter a hole, its relief would go after it until it vanquished it.”

This is critical and hearkens back to an important grammatical nuance in the first verse from Surah al-Duha which I mentioned. People often understand it to mean “after difficulty comes relief”, but that’s actually an incomplete understanding of the verse. It says “WITH (مع) hardship is relief”.  It does not say “after hardship..” That is because it is God’s rule of the universe that every hardship’s relief is intrinsic and essential to the hardship itself.

Why is there this bond between such opposites? God has answered that in the Qur’an as well:

“God wants ease for you, He doesn’t want difficulty for you.”

God will always save you and the relief will be double the intensity that the hardship was. And the hardships He puts you through aren’t always punishment. They are the fires with which your metal will be shaped to a strong form. It is what shapes you into a powerful believer with an unbreakable faith (“imān”).

“Do people really think that they’ll say ‘We have believed’ and they won’t be tested? Those before them were tested so that God can identify those who are true and those who are false.”

Because in times of hardship is when you see people’s reality. Their true character will always surface in times of tribulation and efface any semblance of piety they had. But if they are true, they will hold strong. If they are false, they will give up and say “God hates me” or “God has abandoned me”. Neither should you feel that God has abandoned you or hates you. As He says in the Qur’an, in Surah al-Inshirah, which is actually the Chapter right before the one I started this commentary on:

“Your Lord has not abandoned you, nor does He despise you.”

So, I took absolutely no offense to my friends comment. I was truly happy that my pain and hardship could inspire someone to be grateful for what they have. My pain, my trials, my hardships, and even my failures, they all are a part of me. They made me who I am today, and continue to make me who I will be. And in a small way they make me, and all of us in the hardships we face in life, among those whose greatness seldom do any reach:

“Or do you really think that you will enter Paradise without such trials that afflicted those before you? They faced suffering and adversity and were shaken to the core until the Messenger and those who believed with him cried out: ‘Where is the help of God?’ Ah! But the help of God is ever near.”

God may let you fall off the cliff to where you’re hanging by your fingers. But when you think all is lost, He will be there to catch you. Even if He wills a time of peril and doom for you, as we all will face in our lives, even if it is time for your death, you have to understand that He is still saving you, and in that difficulty is some form of relief that is twice as great. And it is often in ways that you may not necessarily perceive or understand. Will you have enough faith to bear it with patience believing that God has a plan for ease in your life in both this world and the next? Whether you do or not is how your hardships define you and determine whether you are true or false.

Be strong. Have faith. Be true.

Shibli Zaman is a writer, analyst and blogger from Texas with a background in Semitic linguistics and philology who spent 4 years studying Islam overseas. His time overseas included studying Hanbali jurisprudence and working for Shaykh Salman al-`Awdah to start the website IslamToday.com. He is an SAP Netweaver consultant by profession.

Ramadan, An Old Friend Is Here

Shibli Zaman is a writer from Texas with a background in Semitic linguistics and philology who spent 4 years studying Islam overseas. Literate in Arabic, Hebrew, Aramaic and Greek, he received a Gold Medal from Oral Roberts University in Tulsa, OK for Bible prowess. He studied Computer Science from the University of Houston and is an SAP consultant by profession.