Solidarity amidst chaos and confusion

Since Friday January 20, 2017 the Department of Homeland Security and TSA have been honoring the executive order of the Trump administration to prohibit entry for people from a handful of Muslim Majority countries. The homelands selected include Iran, Iraq, Libya, Somalia, Sudan, Syria and Yemen. Trump’s order uses language invoking the complicated history of 9/11 terror attacks three times. Families, University Professors, Refugees and even students who chose America as their home to study abroad have been held at airports across the country. Many are now in transit back their country of origin, despite facing impending persecution and isolation. On Saturday protestors filled JFK, San Francisco and Chicago O’hare, airport by the thousands, bringing the international hub, usually busied by all sides of the human spectrum, to a slow dribble. In the inside of terminals lawyers from the ACLU filed suits demanding those held be released due to argued violations of the constitution Muslim banning represents.

The protest gained significant ground when the NYC Taxi Alliance decided to strike in allegiance. Entire pickup lanes lay dry during the evening impeding arriving guests from getting where they needed to go. In a conniving business maneuver, Uber decided to heighten rates for passengers leaving from JFK airport. People in opposition to Trump’s candidacy, Presidency and now administration have began deleting the heralded car service in response. Simran Jeet Singh, Professor at Trinity University and member of Sikh Coalition doubled down on the need to drop the app saying, “For me personally, the #DeleteUber campaign is a no-brainer. When a major corporation like Uber openly supports the gross oppression of innocent people, it becomes the responsibility of those who care about justice to take a stand. Boycotts like these remind me of civil rights heroes like Rosa Parks, who refused to bow to sustained structural discrimination — what she did wasn’t easy, but Rosa Parks did what was right and just, and we celebrate her for it years later. I want Americans to start following the example of heroes like Rosa Parks and to start taking stands to preserve our collective humanity.” 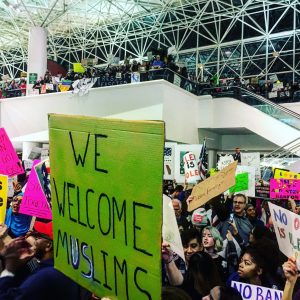 Singh like many others is astounded at Uber’s CEO Travis Kalanick intentionally making inroads with the current administration. Last week during a meeting he addressed employees curious about his involvement with Trump. He was unapologetic offering, “We’ll partner with anyone in the world as long they’re about making transportation in cities better, creating job opportunities, making it easier to get around, getting pollution out of the air and traffic off the streets.” Kalanick has found himself permanently a part of the “Tech Advisory staff” for Trump. Many divesting believe the company’s tweet below was representative of his alliances and not just poor timing.

Surge pricing has been turned off at #JFK Airport. This may result in longer wait times. Please be patient.

We must be mindful of where we spend our $ & the people we're making rich. I've used @UBER constantly & loved it. Using @Lyft as of today.

Award winning Afghani Producer Ali Baluch recently removed Uber from his phone in protest as well. He is demanding that others do the same. “At a time when everyone’s feeling anxious and upset over executive orders being made that are hurting the lives of thousands, and protests are occurring at airports all around the country, including the NY taxi workers alliance, breaking the protest of NY taxi drivers and spiking Uber rates  extremely distasteful. It also doesn’t help that the CEO of the company sits on Trumps board of economic advisors. over the years, ride share drivers have always talked about how Uber doesn’t treat them fairly compared to other services (Lyft), this was just another reason not to be a customer” Baluch offered. In November of 2016 Uber employees  joined the nationwide fight for $15.00 minimum wage citing pay incomparable to rising costs of living. Uber netted over $1.7Billion in revenue in 2016 crowning itself as the mothership of all rideshare companies. Organizers like Mariame Kaba, Founder of Project NIA  has researched Uber’s impact and believes deleting it,”is a simple way for lots of people to put companies that collaborate with this administration’s racist and xenophobic policies on notice that we refuse to support them if they do. They need to see that there are consequences to their actions. It’s a symbolic protest and symbols matter as a way to rally public opinion and to generate more action against/for issues we care about.” 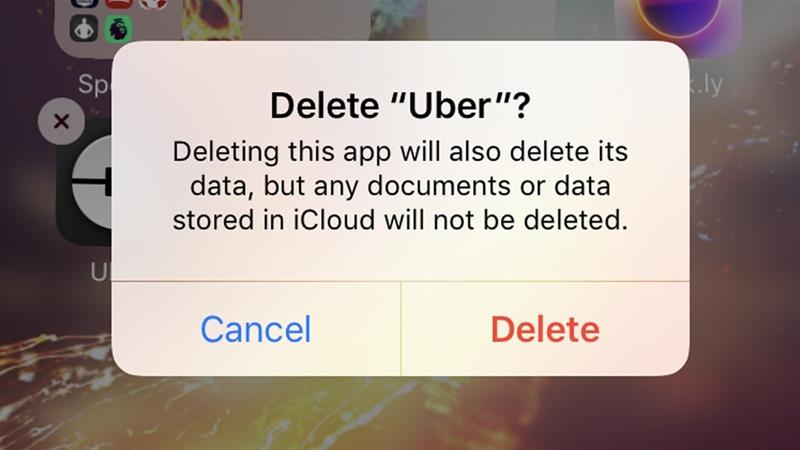 Jury is Still Out

After increased backlash Kalanick encouraged it’s users that it didn’t intend to break the strike and stands with the public expressing itself saying, “Whatever your view, please know that I’ve always believed in principled confrontation and just change; and have never shied away (maybe to my detriment) from fighting for what’s right.” On the contrary, Lyft, a service operating much like Uber went as far as donating $1Million to the ACLU after it’s successful stay order against the immigration executive order. Many Uber users stated that they would be switching to Lyft as an alternative. What is certain is that the momentum from this weekends protests have spilled over day-by-day. As a company that must remain watchful over it’s almighty bottomline, the energy of the #DeleteUber campaign must be watched just as much as it right now. They, like hundreds of other ortune 500 businesses will be challenged on whether they choose people or profit.

BlackMuslimBan | Take Down the Wall in Your Hearts

Everyday Trump is Signing off on an American Spring