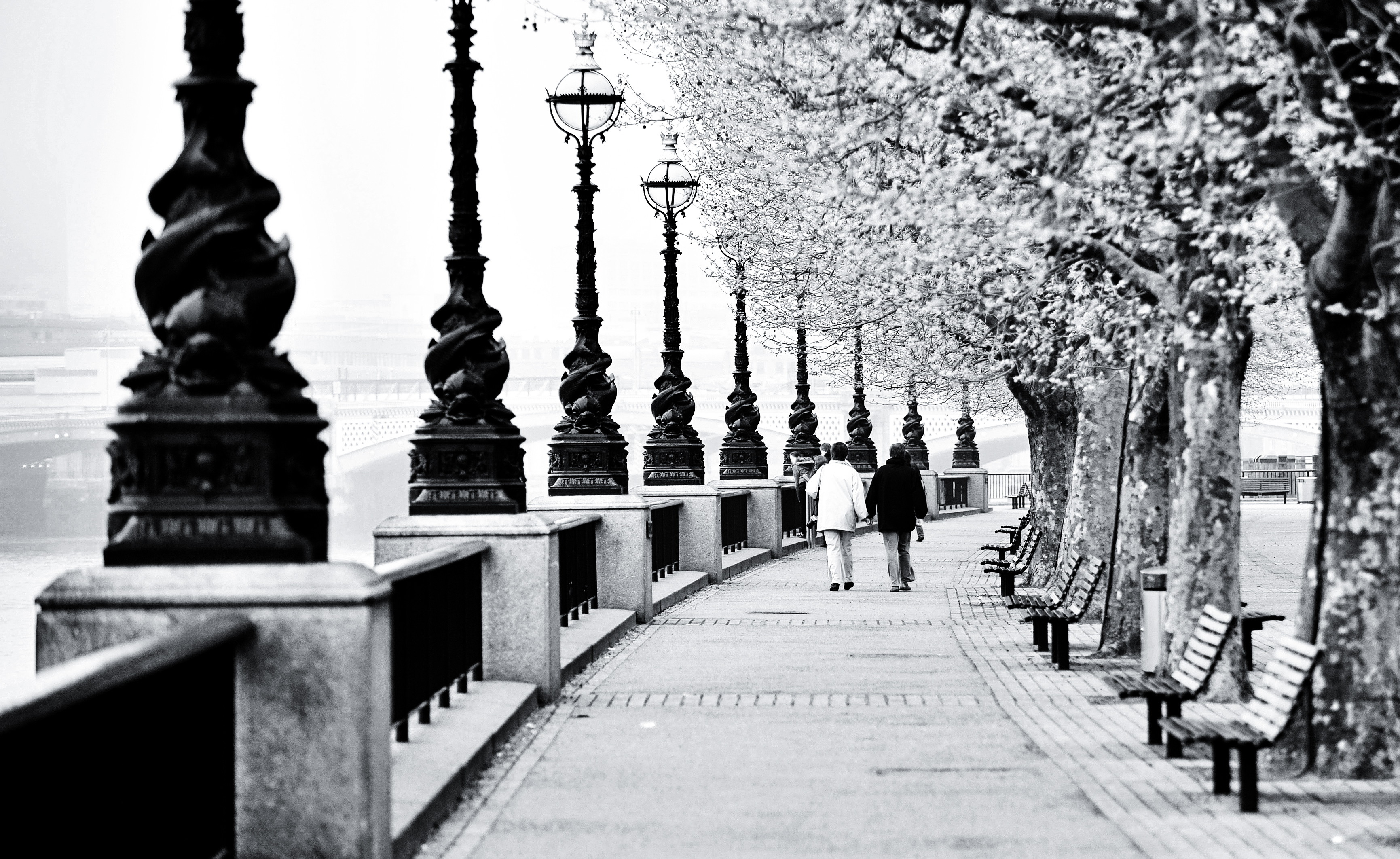 So many of us are understandably upset about the rhetoric of Trump – trying to build a wall, trying to divide us. But a thought that occurred to me recently was, haven’t I been putting up walls all along?

One of the biggest regrets I have now in my mid-20s, is not making enough, nor keeping in touch with many of my non-Muslim friends I made throughout school. If I were to count how many of them I still keep in contact with (if saying “Congrats” and “Mazel Tov” for their marriage and new baby counts as being in contact) then I’d be able to count them all on my fingers, of one hand… make that half of one hand. Considering I’ve lived most of my life in a country where 99% of the population is non-Muslim, that number is downright pathetic. The truth is, I’ve been putting up walls for much of my life, living in my comfortable Muslim bubble. But the situation today calls for us as Muslims in America to get out of our comfort zones, break down those walls, and start building bridges.

I WAS A WALL BUILDER

I wasn’t always building walls. When I was younger, I had plenty of friends of all colors and religions. I was invited to Catherine’s house, Rebecca’s birthday party, I went with Nicole to the museum, and hung out with Rinum at lunch. Jessica even reminded my friend Asma and I to pray one day after school, knowing we hadn’t performed Dhuhr prayer yet. We were all great buddies, and I appreciated their friendship a lot.

Then around the end of high school and into my university years, a shift happened that I didn’t quite notice at the time… I started putting up walls. No longer did my friends list contain Christine, Anna, and Linda… but rather Aisha, Hafsa, and Mariam. I found a calling in the MSA (Muslim Students Association) and surrounded myself entirely with other Muslim students. I was comfortable, these were my people, we were all in this struggle together. No doubt, it was great for my Iman, however it took a hit to my da’wah. I started to think that I couldn’t relate to non-Muslim much anymore, and I stopped making an effort.

By the time I graduated university, my interactions with non-Muslims was limited to smiling at the clerk in the check-out line, and I’ve got to admit I was pretty proud of myself for it – I thought I was fulfilling my da’wah responsibilities.

But boy, was I wrong. After the recent election results came in, I’ve been smacked into reality. No, it was not enough. Just smiling at the clerk at the grocery store, or saying “Have a nice day” to the barista at Starbucks is no longer enough as Muslims living amongst non-Muslims in America.

A TIME Magazine poll in 2010 found that more than 4 out of every 10 Americans hold an unfavorable view of Muslims. What’s more important is that 60% of Americans in the poll said they’d never even met a Muslim before. That’s on us.

By no means am I saying to give up your Muslim circles or put yourself in a place that compromises your faith. What I’m saying is that if we’ve chosen to live as a minority in a non-Muslim land, isolating ourselves and turning inward is not going to work out as a long term plan. It’s actually arguably incumbent upon us to mix and socialize with the general population, to show them the reality of Islam, the humanity of Muslims. Think about the countless number of revert stories that begin with, “I had a Muslim friend…”

Perhaps if more Americans actually met a Muslim, not just for a few seconds in the store or at school, but actually sat down, talked with them, built a relationship with them – then perhaps they wouldn’t see all Muslims in as much of an unfavorable light. Perhaps the next time they hear someone bad-mouthing Muslims, they’ll say, “Well I have a Muslim friend, and she isn’t like what the media has made them out to be.”

WE HAVE TO BUILD BRIDGES

We’ve been building walls for years, and now it’s time to build bridges. Bridges are in no way simple to build. You’re taking two separate entities, and putting in time and effort to create a link between them. Building bridges will require us to be brave, creative, and proactive in reaching out and building meaningful relationships with those outside of our faith. The time has expired for just smiles, we have to follow up our smiles with words, and follow up our words with action.

Unfortunately, there is a huge misconception held by both non-Muslims and Muslims alike that Islam preaches hatred and enmity towards all non-Muslims. This could not be farther from the truth, and the life of Muhammad

attests to that.
He was kind and compassionate to all he met, including non-Muslims. He would visit non-Muslims when they were ill, give them counsel when they sought it. He helped a non-Muslim woman with her heavy load even though she openly talked ill of his religion. When a funeral procession of a Jewish man was passing by, he stood up out of respect. He called upon us to be kind to our neighbors, whether Muslim or not. He stressed this so much to the point that Abdullah ibn Umar, after slaughtering a sheep, asked his servant “Did you give some meat to our Jewish neighbor? For I heard the Prophet

say, “‘Jibreel kept on enjoining the good treatment of neighbors to the extent that I thought he would include neighbors as heirs.’” (Bukhari And Muslim)

Not only was he kind to others, he stood up for their rights. In his youth, the Prophet

participated in Hilf ul-Fudhul, a pact amongst many of the Makkans that fought to uphold the rights of anyone who was oppressed, regardless of race, religion, or origin. Even after prophethood, he praised the pact and said he would uphold it if he were ever summoned to.

As Muslims, we must take a lesson from the life of RasulAllah

– that regardless of a person’s religion, race, or gender – we should be kind and respectful, and we should fight for the rights of all who are oppressed. 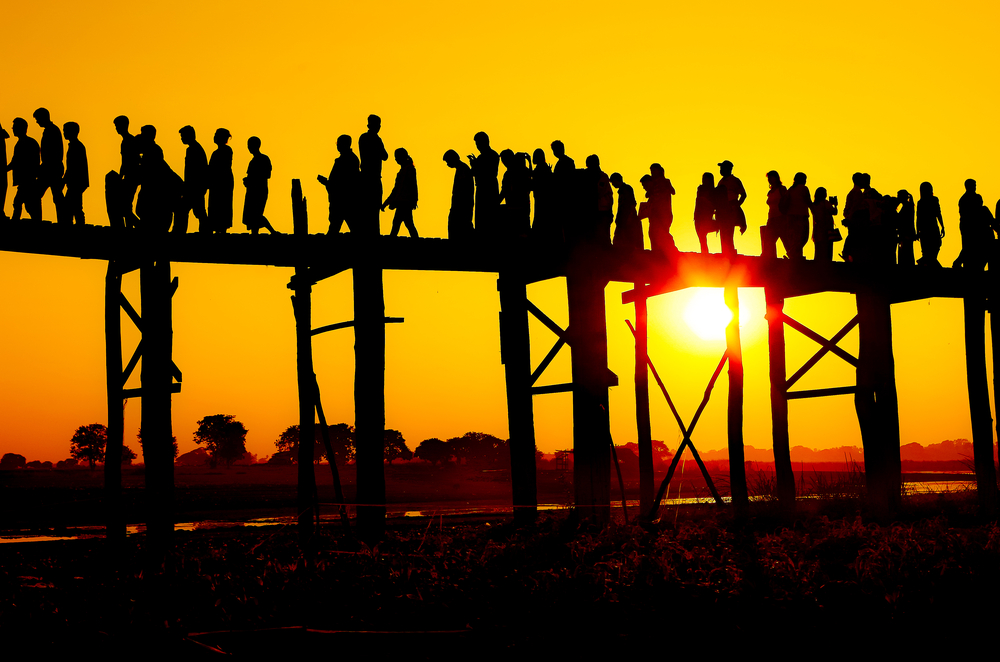 HOW TO BE A BRIDGE BUILDER

was a bridge builder, a compassionate human whose care for people of all faiths went beyond a smile. Building bridges is not going to be easy, but dire times calls for dire measures.

There are plenty of ways to start building bridges; here are some you could try out:

1) PARTICIPATE: Find something that sparks your interest and join the local group in your area. It could be the soccer club at your YMCA, the local Mommy and Baby play group at Gymboree, a book club at your library, the debate club at university, or the soup kitchen downtown. It’s likely that you’ll find you’re the only Muslim in these groups, which allows you an amazing opportunity to build relationships, clear up misconceptions, or even just have a down to earth conversation.

2) ENGAGE: At your workplace, don’t hide inside your shell. Engage with your co-workers, ask them about their families, talk about current events. Bring cookies on Eid and dates in Ramadan, everyone loves the guy who brings food! Perhaps it will spark a conversation about Eid, and the questions may keep rolling. After several years of working there, would you rather be the person that leaves without a single person knowing your name, or would you prefer to be that Muslim guy that was so nice, so funny, so generous, that broke down the stereotypes they previously had of Muslims?

3) BE NEIGHBORLY: Get to know your neighbors. A “good morning” on your way out of the driveway won’t cut it anymore. Invite them over to your home for tea, share Eid gifts with them, and when you make a surprisingly tasty dish, send some over to them. Your neighbor is the closest person to you (literally steps away), so there’s no excuse, you know exactly where they live – give their door a knock.

4) EDUCATE: Often we invite people of other faiths to our mosques for inter-faith events, which is great, but how about trying the reverse? We could contact every church, synagogue, and temple in our local area, and ask if they’d be interested in a Muslim guest speaker to come to their place of worship, offering to answer any and all questions, nothing is off-limits. Non-Muslims who voluntarily come to inter-faith events are often already quite open-minded. If we go to them, we’re hitting a larger audience, and allowing clarity for those who’ve always had questions, but never known a Muslim to ask.

Another great opportunity to educate is high school. In Texas, 9th grade World Geography class is typically where all students are introduced to the world religions. If we reach out to every geography teacher in the high schools in our locality, and offer to send a Muslim guest speaker to introduce Islam and answer any questions, perhaps we could change the minds of the next generation about what Islam really is.

5) TAKE ACTION: Get involved in organizations and movements that promote social justice. Islam stresses the importance of fighting against injustice of all forms, whether against Muslims or others. Don’t limit your support to Muslims who are facing injustices – support battered women who have nowhere to turn, march with African Americans who are being incarcerated because of the color of their skin, stand up for people with disabilities, protest alongside the Native Americans whose resources are being usurped. At the end of the day, we are all humans, and injustices done to anyone is a problem for all of us.

The wake up call has come- the time is now. Let’s roll up our sleeves and let’s start building.

Safiya Ravat is an Indian South African who grew up in Texas. She attained her degree in Journalism with a minor in Religious Studies at the University of Houston in 2011 and went on to write for the Houston Chronicle, Texas’s 2nd largest paper. There she wrote for the paper’s Belief Section, highlighting the lives and struggles of Muslims in her community.

Safiya studied under Shaykh Isam Rajab for two years at the Arees University. After graduating from the Bayyinah Dream Arabic program under Ustadh Nouman Ali Khan in 2012, she and her husband began pursuing a degree in Fiqh and Usul ul Fiqh at the International Islamic University of Malaysia. Follow them on their Facebook page. Safiya is currently a freelance journalist who enjoys writing and making educational videos about Fiqh and Women’s Fiqh. She has one son, Noah, who is an adventurous and charming toddler, mashaAllah. She blogs here.