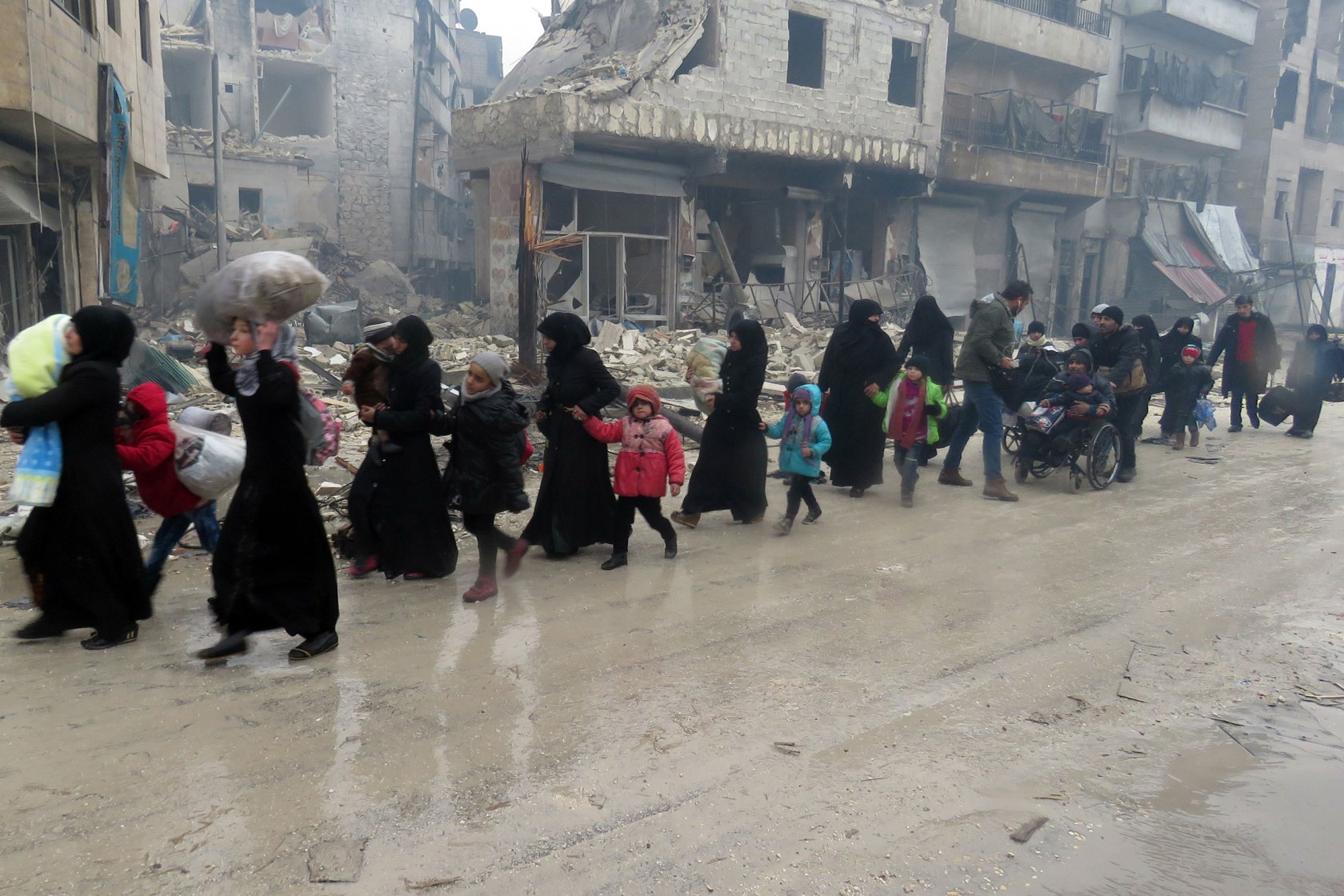 sent FOUR men. With their Eman, each was worth 1,000 men and their goal was accomplished.

When Mohamed Ibn Qasim went with an army to open Turkey, he prayed fajr with them one day and gave them a speech. Afterwards, he looked for one man with the name Mohamed Ibn Wase’. When he found him, he said “by Allah that one finger of Mohamed Ibn Wase’ raised to supplicate to Allah is better than 1,000 swords.” With this man’s Duaa, Allah opened Turkey for the Muslims.

When a tornado affected a small town, and in it was Shiekh Muhamed Ibn Mukhatil, people asked him to make Duaa for Allah

to remove this punishment. He said “why would anyone ask me for Duaa, for I am probably the cause of this punishment.” With the heart of humility in this elderly man, Allah

and his people gathered to ask Allah

for rain, they were denied for one amongst them who was a sinner. With the tawbah (repentance) of this one man, Allah

bought rain to the Muslims.

When our army was in battle to open Constantinople, they’d check if EVERY man in each tent was in Qiyaam (night prayer). If only one wasn’t, they’d say: “tomorrow will not be the day Allah

grants us victory.” With their Qiyaam and dedication, Allah

When Salah alDin freed Palestine, it was only after years of teaching the Muslims what proper Islam is. Only then, with pure hearts, did they know what Jihaad (the struggle in the way of Allah) was. With the light of knowledge, they formed an army and Allah

When the Muslims were defeated in Uhud because of ONE sin, they learned their lesson collectively. Allah

does not give victory based on number but based on the heart’s faiths. With this instilled in them, Allah

The examples are many. We can list them all day. We just need to wake up. Allah

has always granted us victory after we have done our parts.

Syria is burning to the ground and we aren’t moving. With one word or one Duaa, let’s wage ‘war’ against the enemy of not just Islam, but the enemy of humanity.

When each of us consciously took the shahada for the first time in our lives, we became part of this large family united under the umbrella of “La Ilaha Illa Allah.” The grief of the people of Syria is the same grief that’s resides in our hearts. That is what a family is.

Yes, from the creation of this universe, until this very moment, every single thing that has occurred was predestined by Allah

has allowed for it to happen does not mean He is satisfied and is in favor of what has happened.

Realize right now that YOU can do something and turn away from any person or article telling you otherwise. Each and every single one of us will be asked on Judgement Day.

, we have transgressed and failed our brothers and sisters in Syria, so forgive us and open for us doors to do good. SubhanAllah even during this painful time, Allah

is STILL giving us gifts and opportunities to be a PROACTIVE community, as was the community of Rasool Allah

Gift One: Tawbah. “And whatever strikes you of disaster – it is for what your hands have earned; but He pardons much.” [Quran 42:30] Let’s intend right now to leave our sins so that Allah

may aid our brothers and sisters in Syria and lift this catastrophe that has befallen our Ummah. Turn to Him. He is the Most Forgiving.

Gift Two: It’s winter. The days are short. The nights are long. Fast maybe just Mondays and Thursdays and make the Duaa at the breaking of your fast for your hurting brothers and sisters. Take a portion of the night and pray Qiyaam to your Lord. Organize a local Qiyaam night. Without doubt, no Duaa is refused, for Rasool Allah

said: “Verily your Lord is Modest and Generous, when His servant raises his hands to Him in supplication, He is shy to return them empty.” It’s the right of our Syrian brothers and sisters on us. And although Duaa is the only weapon currently in our hands, it’s a very very powerful one.

Gift Three: The local Masajid. Request (actually, urge) your masjid to host a fundraiser. There are more than 3,000 masajid in the U.S alone. We have the numbers. If each of the masajid raised ONLY $5,000, we can easily send 15 million to aid our brothers and sisters in Syria. Imagine the difference that can make to the shivering child in the arms of his mother.

has blessed us with organizations that directly and indirectly aid our Syrian brothers and sisters. Donate and spread their names. Do not belittle a dime. If it’s what you have, give it. Some organizations doing work on the ground are Zakat Foundation of America, NuDay Syria, Syrian American Medical Society.

Gift Five: Qunoot Al-Nazila. Contact your local Imam and ask him to enforce this. When you’re praying jama’a with friends, do this. When only THREE men were captured from the Muslims at the time of Rasool Allah

, he would pray with the people and make Duaa for the captured in every prayer for over a month. Imagine Rasool Allah

Gift Six: Democracy. Although many debate whether or not we are living in a democracy, note that we are blessed to be able to contact our local AND national officials. Reach out. Ask them to do something with their political power. And the more of us that call, the more the urgency in our voices is heard.

Gift Seven: Democracy (part II). Participate in peaceful protests and vigils. Encourage your friends to. Organize a vigil. A protest. An online campaign. We are not living in a country which jails us for speaking up, and we must be thankful for that and utilize it. There are others suppressed by their governments and we must be their voice. So, go out. As a good friend worded it, laziness here is punishable.

Gift Eight: Media. Share. Share. Share. OVER share. If the news won’t adequately cover Aleppo, we will. Spread awareness with a click of a button. Keep the hashtag trending. Write about what’s going on. You’d be surprised how many people are misinformed. Educating one person may form a ripple of goodness for this Ummah.

is the Most Knowing, the Most Wise, the Most Merciful, the Capable. Know that with every hardship comes a greater ease. Oh Muslims, “& do not weaken and do not grieve, and you will be superior if you are (true) believers.” [Quran 3:139]

Gift Ten: Lastly…With sincerity and unity, let’s hold firm to this religion for indeed it is the greatest gift we have ever been given. And open His book

For indeed the victory of Allah

Ya Arham Arrahimeen, You see the condition of the Syrian children, the women who are raped and the shuyukh who are disparaged– ya Allah with Your Mercy, take them out of this state and protect them.

Ya Qadir, You are the only One capable of changing the condition of a people. Ya Rahman ya Rahim change our condition and make us a2imma and khulafaa2 again.

Ya Allah , You say “Be” and it is. With Your Power oh Most High and our King, change the condition of our Ummah. Ya Salaam, restore peace in the lands of the Muslims.

Ya Wadud, with Your love for Your servants, allow the us to be from the superior ones. Ya Tawwab, accept our repentances so that You may change our state.

Ya Nafi’, You are the only One Capable of benefiting us, oh our Lord, benefit us with a near victory.

Ya Samee’ ya baseer, You see what the oppressors have done. Oh our Lord, destroy them with themselves and show us a day which will become a coolness on the hearts of the believers

Rahma Shata is a resident of New Jersey and a senior at Darul Arqam School. When she is not occupied with school or event planning, she can be found reading the books of one of her favorite scholars, Imam Al-Ghazali (ra). She enjoys learning Tafseer and everything Tazkiyah related. Rahma is one of the few people who equally enjoy both coffee and tea. She passionately believes every human is obligated to bring change to this world and hopes to leave behind her a legacy to be remembered.

Muhammad ﷺ, Example For All Times