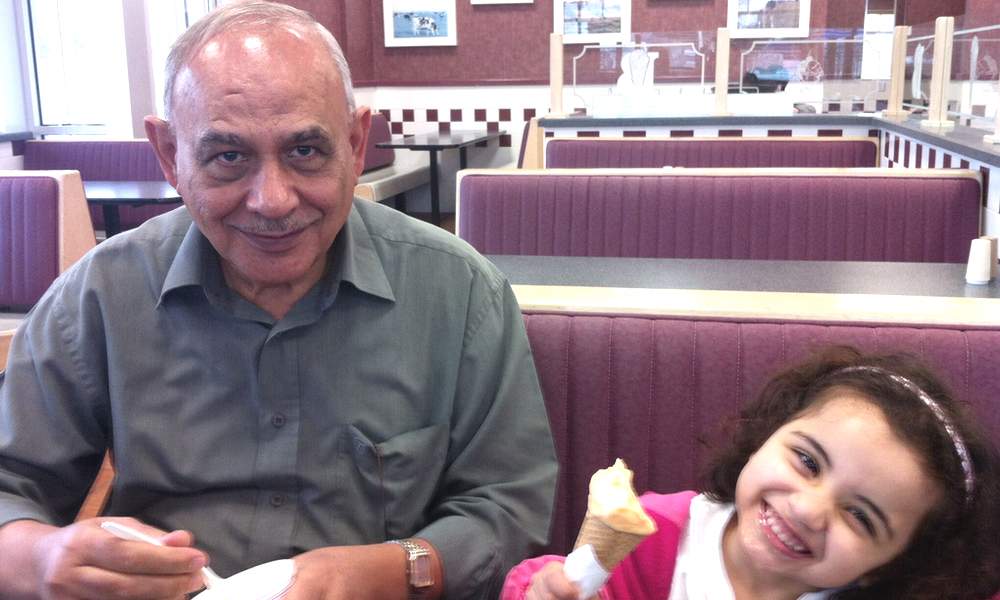 “The most important thing a father can do for his children is to love their mother.” This is a quote I first heard in 3rd grade. I remember the day very well. My teacher, Mrs. Smith, said it to my father as he brought me to school and updated her on the status of my mother (may Allah have mercy on her) as she was in an unresponsive coma.

Men like my dad are rare. My mom fought through diseases, strokes, partial deafness, cancer, and so much more throughout my childhood. Throughout that process, I watched my dad demonstrate what it means to be a devoted husband. He stood by her side, literally carried her around the house at times, never made her feel like a burden, and was the anchor of our home.

I remember the “suggestions” being made to my dad during that time period by uncles who claimed they were looking out for him. I cringed but held my silence as they thought I didn’t know what they were saying. They spoke of my mom as if she was damaged goods and my dad needed to be “happy.” But to him, happiness was in my mom still being able to smile despite the many close calls. It was in us having as normal of a childhood as possible, considering that our mom who showed us limitless love was unable to do things that other moms could do.

This to me didn’t just teach me to respect my father more, but the faith that he had to keep him going. My dad was and, still is, an important man in the community. He sat on the masjid board, helped found an Islamic school for which he served as chairman for a decade, gave khutbahs, represented the Palestinian cause in debates, participated in interfaith dialogues, participated in local politics, and so much more. Not to mention, he had a lofty academy career as a distinguished tenured Professor of Chemistry, an admirable laboratory, serious research credentials, and impressive inventions and publications. But with all of that, he was always dedicated to my mom and us. Due to his unique circumstances and my mother’s health, he would have to come home and still do plenty of work. But he never complained or showed an ounce of ingratitude. My mom was not a charity case to him, she was his queen. She was his wife who married him when he was a broke graduate student (sorry dad :-) ), and she was the mother of his children.

We all know how much Allah honors mothers in the Quran, as did the Prophet

through the Sunnah. But do we only attribute that honor to the wombs that bore us? What about the mothers who gave us our own children? The mothers who gave us our sadaqa jariya (continuous charity) and most precious investment. The mothers who literally flirted with death in labor while giving birth to our children. Imagine if someone gave you a million-dollar investment with your name on it. How would you treat that person? Yet still we find the nerve to show cruelty to the women that have given us investments in our names that will far outlive us. Not only that, they refine those investments for us by teaching them the religion and upright character that they may grow to supplicate for their parents and pass on this legacy that we’ve inherited from our messenger

to him that “she bore my children.” Fatima

, the Mahdi that will eventually come that is of their descendants, etc. All of that is a favor of Khadijah

and he did not fail to acknowledge that. So when Allah chides the ungrateful child who dares even to say “uff” to his mother or roll his eyes at her, what then of the man that antagonizes and belittles the women who gave him his own children.

So thank you mom for being the most loving mother that a child could ask for. Even though you were physically limited for most of my childhood, your overwhelming love and compassion made up for all of that.

Thank you dad for teaching me how to be a husband and father. Your example of unconditional devotion gave me no excuse to fail. When I questioned my faith, I was brought back partly due the amazing demonstration of it that I saw in you. Thank you for never failing to remind me to do the same with my own family

Thank you my lovely wife for being an incredible companion, my greatest supporter, and the mother of my two children. Without you, they literally wouldn’t exist. And without you, they would not be the lovely children that they are today.

And yes, I’m pretty sure my dad loves my wife, who has become a daughter to him, more than me. And for good reason :-)

It’s not mothers or fathers day, but make sure you thank all of the mothers and fathers in your life today.

Our Lord, grant us from among our wives and offspring comfort to our eyes, and make us an example for the righteous. Forgive our parents as they raised us when we were young, and forgive us and help us as we raise our young ones. Ameen

16 For 2016: Muslim Athletes To Watch At The Rio Olympics