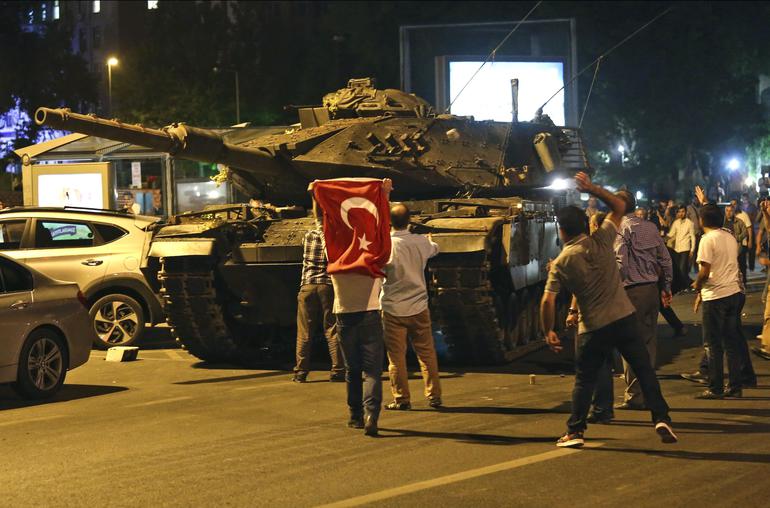 There are far too many conspiracy theories thrown about in the Muslim world. You won’t have to go far to find someone convinced that the illuminati, the freemasons or any other shadowy organisation is behind all the ills afflicting us.

However, as we watched the bloody attempted military coup unfold in Turkey against a civilian government and civilian population – there were plenty of things happening that the protagonists would prefer us not to focus on.

Here are just a few of things “they” don’t want you to know:

1. Is it just coincidence that the coup was “predicted”?

Turkey-watchers will have noted the steady stream of articles talking up a coup in Turkey over the last few months. One article even fantasised about Erdogan and his family being hanged. At the time, it just seemed like journalists hypothesising, but it seems that a few crossed over from speculation to cheerleading.

2. The head of Turkish anti-Terrorism was executed in a pre-arranged “meeting”

The Turkish Interior Minister was invited to an important meeting on Friday evening, which was in fact an ambush at the start of the coup. He was busy and never made it. Unfortunately, one of the top Turkish counter-terrorism chiefs did make it to the “meeting” and was later found with his hands tied, shot in the neck.

This is not a bloodless coup by a bunch of teenage conscripts as many will have you believe. Many senior members of the state were murdered or narrowly escaped death – including the President.

3. The coup plotters had detailed lists of accomplices who would take over the country

The media say it is extremely suspicious that so many thousands of individuals are being arrested within days of the coup attempt. The EU even directly accused Turkey of having pre-prepared lists of people to arrest that they acted on using the coup attempt as a pretext.

The truth is that the coup organisers had detailed lists drawn up of the civilians that would facilitate the coup and help take control of civil institutions. Turkish authorities were able to get hold of these lists by disrupting the communications of the coup plotters. However, most media sources deliberately are presenting the arrests and detentions as arbitrary and without basis. 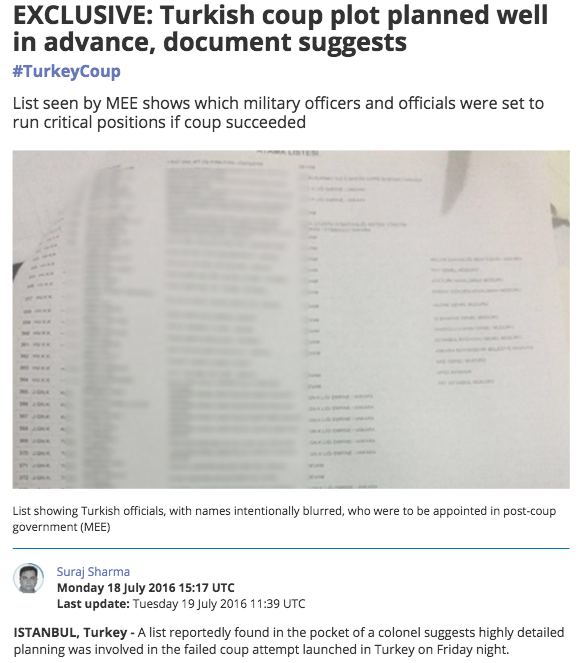 4. The Turkish police fought back – and paid the ultimate price

In the first few moments of the coup, it became clear that Turkish police weren’t going to simply melt away and cede control of the streets of Istanbul and Ankara to the army. Policemen faced off against soldiers with tanks in Taksim square and across the nation.

The coup organisers ordered rogue F16s to bomb the Turkish police headquarters. In a scene that would not be out of place from a Michael Bay movie, dozens of police officers died as their headquarter was bombed and then strafed by machine gun fire. Instead of taking the hint, the police returned fire using small arms and whatever they had at their disposal. They would not let their country be hijacked without a fight. 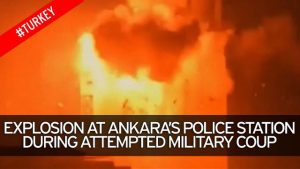 5. Assad and his forces were celebrating the coup before it was completed

As news of the attempted coup filtered in, celebrations broke out across regime strongholds in Syria. The truth is that the one leader in the world who has stood up to the mass murdering tyrant Assad consistently and without equivocation is Erdogan.

Meanwhile Syrian refugees were scared witless knowing that a successful coup would lead to them being sent back to the killing fields of Syria. The point cannot be made any more clearly – you are either with Erdogan or you are with Assad. 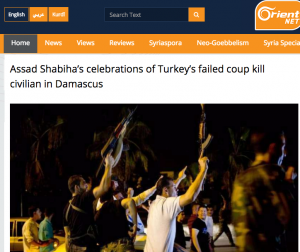 6. World leaders did not back the government until after the coup was nearly crushed

In the crucial first few hours, when both sides are seeking international legitimacy, you are either for a coup or against it. If you choose not to use the words “democratically elected government” and simply state you are “monitoring the situation” or “hope for stability” then it is obvious where you stand no matter how much you cover it up afterwards.

7. Erdogan and the narrow escape

Those who were against the coup might not realise how close it came to turning out so differently. The elite Turkish commandos sent to capture or execute Erdogan accidentally thought he was at the hotel next to the private villa he was actually in. That mistake meant Erdogan was evacuated before they could catch him.

Whilst on his GulfStream jet returning back to Istanbul, his pilot changed the transponder code so that all radars would think that the jet was a Turkish Airlines flight. Despite this direct attempt on his life, many still paint the crackdown as “authoritarianism.”

7. There was a deliberate attempt by “sources” to spread disinformation

When a President leaves his country and seeks asylum elsewhere, then the coup has succeeded. Even though Erdogan did the exact opposite and took significant personal risk to return back to Istanbul to face down the coup plotters, a different narrative was being given to the media of the world.

Media websites were allegedly being briefed that he was on his way to Italy, Germany and even the UK and seeking asylum. Not only that, they were saying that he was being rejected by all of them. Spreading such unverified news can be seen as crossing the line from bad journalism to propaganda facilitating the coup. 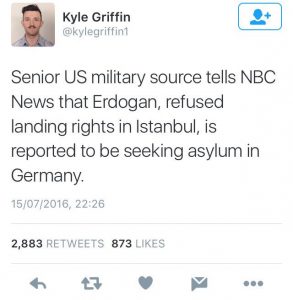 8. A website provided coordinates of Erdogan’s plane to the world

The most crucial moment of the coup came when Erdogan decided to fly into Istanbul and speak directly to his people. While he was in the air, a website allegedly provided his coordinates to the world including the coup plotters who very nearly shot his plane down. 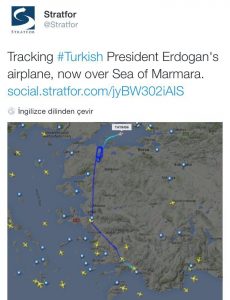 9. More civilians died in the failed coup than in Orlando & Nice combined – but this time, the victims were demonised

After the horrific attacks in Orlando and Nice, the victims were rightly remembered, memorialised and their relatives condoled in the media. However, those who were similarly murdered by the coup plotters (including those were run over by tanks, the journalists shot dead for documenting the crimes of the coup plotters and innocent children) were described as a “violent mob”, “sheep” and more.

It is absolutely sickening that the victims were being labelled as such before they were even in the ground. It seems some lives matter more than others. 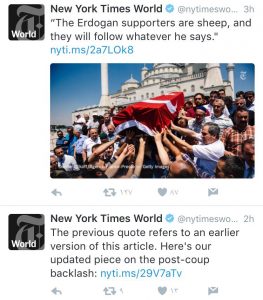 10. The entire media and other governments cannot hide their anti-Erdogan bias

For years, various media outlets and governments have described Erdogan as paranoid and unhinged in his crackdown on “perceived enemies.” Now that he has been vindicated spectacularly, they demand that he shows “restraint” – in essence, leaving those who organised, facilitated and equivocated over the coup to regroup and try again. 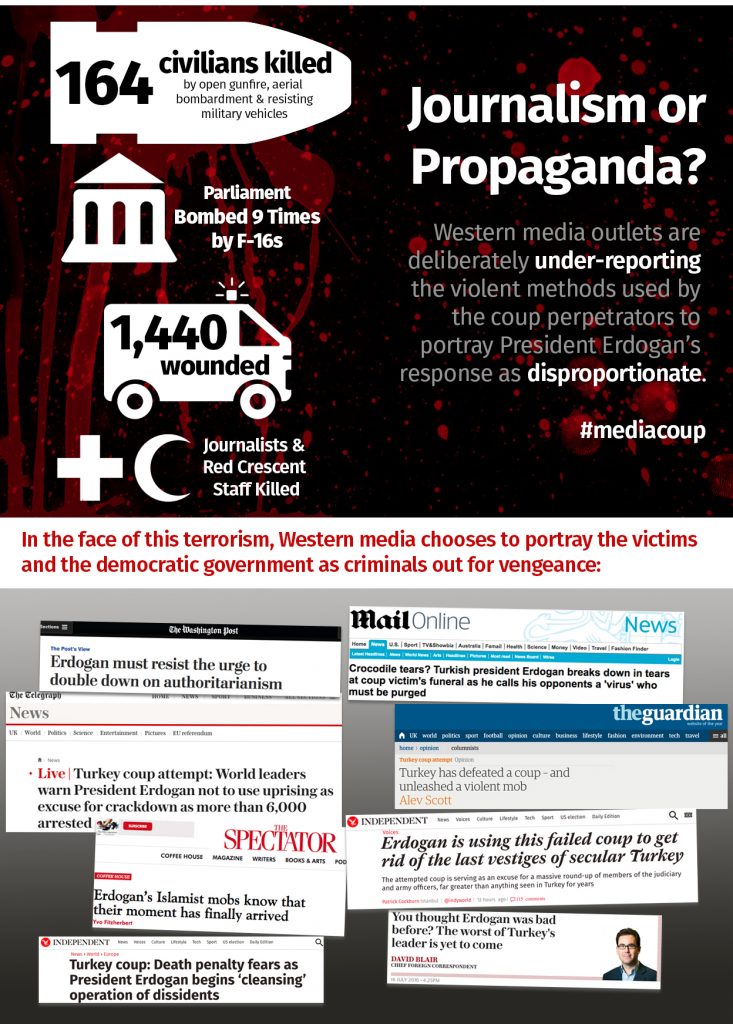 11. A state of emergency is being presented as an authoritarian power grab

If a failed military coup that left hundreds dead, thousands injured, parliament bombed and was supported by a cabal that has infiltrated throughout society is NOT the time to declare a state of emergency, then when is?

But this is not about honesty or practicalities. This is about propaganda against a government that the media don’t like and will do anything to demonise. 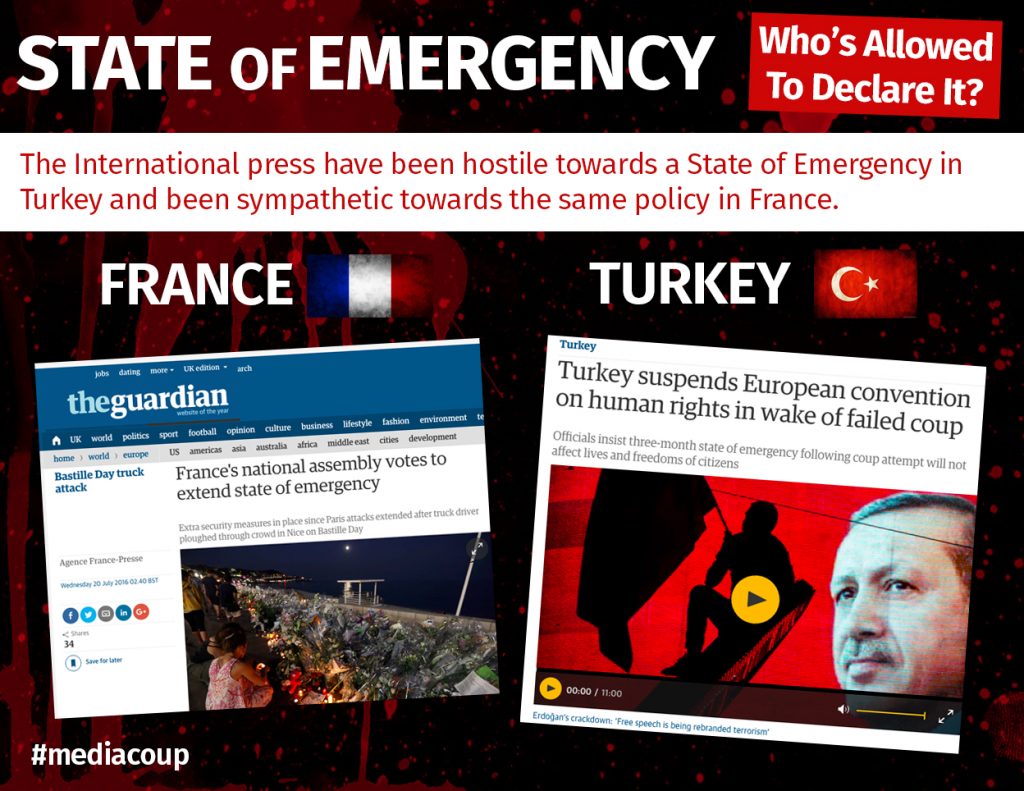 It is fashionable amongst certain Muslim circles to burnish their liberal credentials by bashing Erdogan. They buy into the media propaganda and repeat it whenever given a chance. They minimise the very real campaign against him and his government and paint his every action as that of a madman acting in a vacuum.

The government is not blameless and there are mistakes – some of them may well be serious. But until the media begins to cover the events in Turkey in an impartial and honest manner, it will be harder to sort fact from propaganda – and harder to get justice.