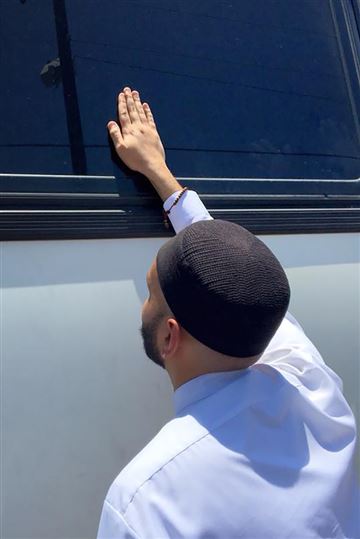 The influx of Central American refugees into the United States has surged dramatically in recent months and has created a humanitarian crisis on the country’s southern border. These refugees are fleeing severe persecution and gang-violence which has created unbearable economic and political instability in their home countries. They undertake the long and dangerous journey with little money, often not knowing where their next meal will come from, with hopes of seeking asylum in the US. Living conditions in their homes countries are so deplorable that these refugees are willing to risk their lives and travel across the desert with hopes of mere survival.

As a response to this crisis, the Trump administration announced a ‘zero-tolerance’ policy at the border this past May. The policy was completely inhumane and had no recognition of the brutal persecution that these refugees are fleeing from. Under this policy, anyone caught crossing into the US by Border Patrol was to be prosecuted for illegal entry, treated as a criminal and sent to jail. As a result, hundreds of refugee families were split when the parents were arrested for crossing the border. The parents were sent to jail, while the children were labelled ‘unaccompanied minors’ and sent to government custody or foster care.

The most appalling aspect of this policy was that there was initially no intent of reuniting these children with their parents. No procedures were placed to keep track of parents and children concurrently or for facilitating communication between them during the time of separation. In many instances the parents were deported back to the countries of origin, while children were still stuck in detention centers. No effort was made to ensure the families were reunited before the fate of the parents is determined. In addition to the physical abuse, the emotional pain these deplorable polices created is unfathomable; one Honduran man committed suicide in his cell after he was separated from his child.

Since there was a complete disregard for basic human rights from the Trump administration, lawyers, activists and community organizations stepped up to fill the void. These bold souls have worked tirelessly to advocate for the rights of these refugees and facilitate reunification of these families.

We highlight here some of the efforts undertaken by the American Muslim community to address this refugee crisis.

The Islamic Society of Tampa Bay made an extraordinary offer of hosting all the 2300 children separated at the border from their parents. The mosque, based out of the Tampa, Florida, held a press conference where they announced their intentions for not only hosting the children but also providing for all transportation costs.

“This immoral policy of taking babies from their parent and locking them up must stop, the Muslim community is ready to do its part by hosting these children in loving and safe homes until they are reunified with their parents,” said Ahmed Bedier, president of United Voices for America.

The idea for the initiative came about when the imam of the mosque, Arjan Abu Sa’sd, was approached by congregants expressing a desire to help during the crises. Many in the community are immigrants themselves, so the plight of these refugees hit home. The community then came up with a completely self-funded initiative where members of the community sign up to host the children in their personal homes and take responsibility of their care. Over 100 families had signed up within days of the program being launched. The community also collected pledges to pay for all the transportation costs.

While it remains to be seen if the administration will take up the community on its offer, Imam Arjan feels like he did his part. “The message of Islam is mercy to humanity” he said. “Our faith commands us  to be part of the solution and not the problem.”

Protests at rallies and detention centers

Muslim activists and faith leaders actively participated in numerous protests at rallies across the nation.

Imam Omar Suleiman, founder of Yaqeen Institute, joined Dallas-based faith leaders on a trip to a child detention center in McAllen, Texas. During their time there, the coalition witnessed a bus filled with young children at the center. Many surrounded it and tried to block its path in a symbolic gestures of support for these young detainees.

Standing at 6 feet 5 inches, Imam Omar was one of the few who could reach the windows of the bus. An iconic image of him placing his hands on the tinted windows to comfort these young souls went viral on the internet.  “We just surrounded the bus, and for me — I saw one of the kids put their hand on the window and I put my hand on the window,” he explained. “I saw some of the children crying, and I started blowing kisses to the children.” The coalition’s visit helped bring attention to the plight of the hundreds of the children being detained at Texas detention centers.

Imam Omar and other Muslims leaders also made strong appearances at the Families Belong Together protests that happened in over 700 cities throughout the country on June 30. CAIR-LA co-sponsored the rally in LA and encouraged Muslims to make their voices heard. “We view the family separation policy and the Muslim ban as connected and part of a broader agenda by the administration,” Muslim Advocates’ Fatima Khan said at the event.

In New Jersey, the American Muslim Action Network (AMAN) was one of the main organizers of June 30th the rally. The Imam of Ibrahim Mosque in Newark, Mustafa El-Emin, reminded the crowd of the importance of social cohesion and diverse tapestry that makes up America. “The beauty of our country is in its diversity, regardless of your religion, your nationality, your race, your color, that’s what America is all about,” he said.

Of the nearly 2,300 children separated from their parents, over 700 – some as young as 9 years old – were sent to foster care agencies in New York State. They were transported from the border in complete secrecy and local officials had little knowledge or oversight over their conditions. Many of these children had undergone immense trauma, some even displaying suicidal tendencies.

Under the leadership of Imam Khalid Latif, the Islamic Centre of New York University started a fundraising campaign to support these vulnerable child refugees. The goal of the campaign was to raise funds to help provide urgent care to these children and assist them in being reunited with their families. The crowdfunding campaign successfully raised over $45,000 for the New York Immigration Coalition. The coalition will distribute this money to organizations in their networks providing legal services, case workers, social workers, coordination and advocacy to the separated children in New York.

These stories are just a few of the thousands that capture the selfless hard work of ordinary citizens to stand-up to a completely draconian and unjust law. Under immense pressure and public outcry, Trump eventually signed an executive order to repeal this policy. The damage, however, was already done by that time to hundreds of innocent children who not only had to deal with the pain of fleeing their home, but also with the trauma of being torn apart from their parents. It is a shame that the historic injustice of separating families perpetrated by xenophobic governments of past was repeated yet again in the twenty-first century on the same lands.

[Video] Invest with Wahed to Secure your future without making big changes to your life.