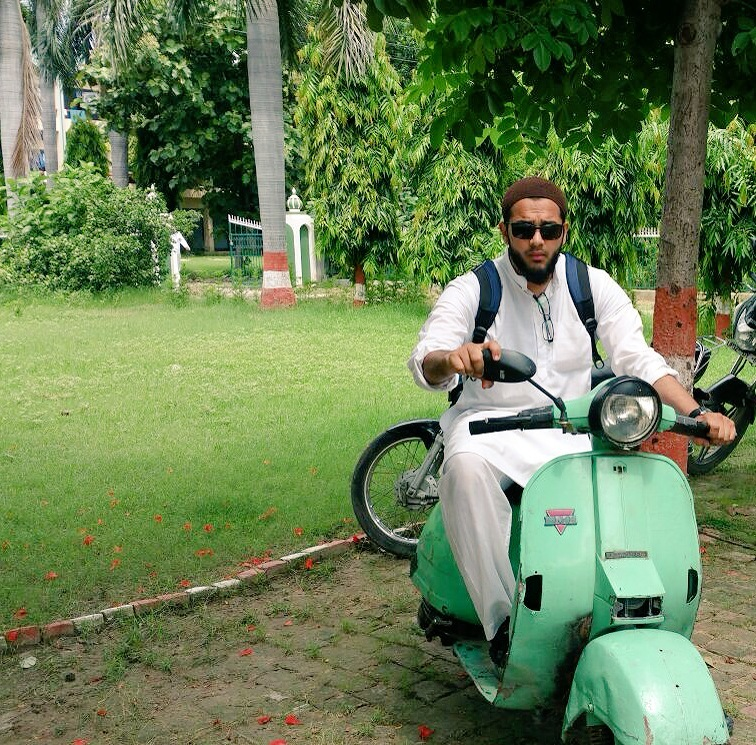 The “The Motherland” series will go over the benefits and challenges of studying Islam overseas in India, institutions of learning there in, and Nihal Khan’s journey of studying at Nadwatul ‘Ulama in the 2014-2015 academic calendar year. The subsequent articles in this series will detail his experiences and reflections from his travels and studies in India.

Getting Hit by a Car in India

Being that the main mode of individual transportation in Lucknow (and probably the rest of India) is either a scooter or motorcycle, I bought a scooter for Rs. 6000 ($100) to get around the city. Although for most of my time in Lucknow I had no issue getting around, sadly in October of 2014 I was rear ended on the road by a car, the driver of which ended up running from the scene of the accident. My foot was broken in the process and I was in need of surgery. That night I went to a local foot doctor who temporarily wrapped up my foot and took some x-rays. As for hospitals, well, it was Diwali and many of the local private hospitals were closed. So I went straight from the doctor’s office to Nadwa where I spent two days before getting any actual medical treatment for my foot. After the two days had passed I was finally able to get a ride to the hospital.

When I got to the hospital, I paid all my medical expenses before being officially admitted as that is the policy of most hospitals in India. No money equals no treatment. Even if you die. If there is further treatment needed on an already diagnosed prognosis, then that tally is added in later, which was done in my case. For two days I remained in the hospital and ended up having a surgery on my foot where a metal wire was temporarily inserted into my toe to keep the bone aligned. Eventually I walked out of the hospital in a cast for a month, without any crutches or a wheelchair. The hospital will not provide even a glass of water for patients, so medicine or medical equipment was out of the question. I had a walker which was very difficult to use. It took me a week to just find crutches! 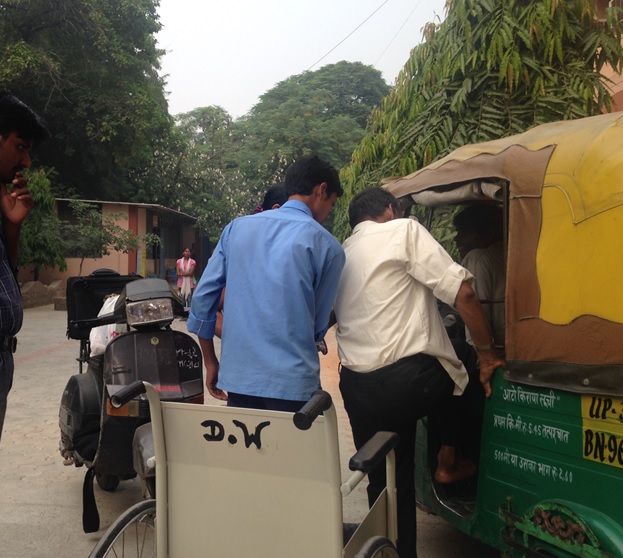 A man gets into an auto rickshaw after a foot surgery.

Prior the accident, within Lucknow I had gone to meet the family of my friend Saim–who lives in Dallas. His mother Tayyaba Qidwai runs a school in Lucknow and her brother-in-law Dr. Iqbal Qidwai is a physician in the same area. I had just met them on the day of the accident, but they proved to be a Godsend for me when the accident happened. Not knowing anyone in Lucknow, I anxiously called them. A family who I had just met a few hours before ended up driving me to and from the hospital numerous times, visited me there, and paid for part of my medical expenses. For that I am indebted to them. That is what you call true Islam in practice and real Lucknowi mannerisms–a truly awesome combination!

So what happened at the hospital?

When I paid close to Rs. 15,000 ($250), I was finally admitted into my own room. The nurses and doctors were not walking me through what they would be doing, my IV was constantly injected with medicines that would cause immense pain in my hand, and not having any family or close friends around pained me much more psychologically than the physical pain I endured throughout this whole experience.

My leg was only partially plastered on the parts that were injured or needed to stay still for healing. 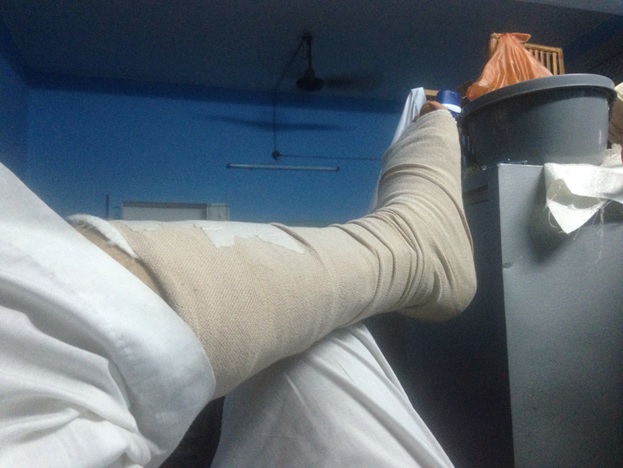 Even though I paid an equivalent of USD $500 for all my medical expenses in India, I learned to really appreciate American health care in a more practical light. There is absolutely no place like home, where you get to be around family and friend be cared for as if you actually matter as a human being. I realized that even the negative situation I encountered at the hospital was not nearly as bad as what regular Indians experience on a daily basis in the local hospitals. I used my ‘American card’ to attempt to get extra treatment, and though it may have worked a little, I realized that the majority of Indians have it much worse than me when it comes to health care. Learning to be thankful and internalizing new experiences is the most important aspect to keep in mind.

After spending two nights at the hospital, enduring anesthesia in my spine, feeling the metal in my foot, waking up daily in the morning to Catholic mass services or nuns who would ‘bless’ me by drawing a crucifix on my forehead without asking about my religious beliefs after being up all night, I was finally ready to leave the hospital. I was wheelchaired to the exit and from there I hopped on one foot to an auto rickshaw which took me to Nadwa. I ended up missing classes and being in bed for a month, but by the grace of God I was able to easily catch up and not let my time go to waste—even in the physical state that I was in.

Eventually, I located the owner of the car that hit had me. He turned out to be a retired police inspector who did everything in his midst to disassociate himself from the situation. Instead of taking him to court and spending time and money on most likely losing the case, I decided to not pursue any legal action against him. As for law enforcement in India, well–be sure to read the next post!

Stay tuned for Part IV of this series: Law Enforcement in India

Ouroboros, Part 3 – I Belong to Allah