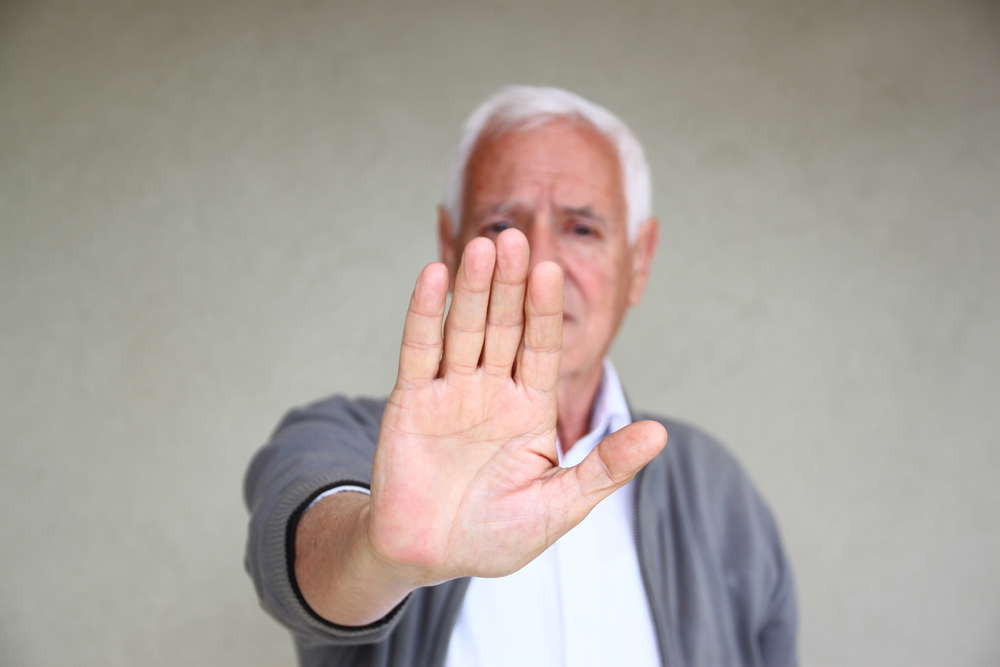 As the population continues to get older and the elderly live longer, elder abuse is a large and growing problem in the United States.   The Centers for Disease Control and Prevention identifies six different types of elder abuse, including things like violence and neglect. The most common is financial elder abuse.  Family members tend to be responsible for about 90% of all financial elder abuse.  While there is absolutely no evidence American Muslims are more likely to victimize their family members, it is certainly something we should be paying closer attention to as a community.

Here is a realistic and, perhaps to some, a familiar hypothetical (though any resemblance to an actual person is coincidental): An adult son, let’s call him Ashraf, lives with his mother Ameena, a widow.  He has five other siblings scattered around the United States. The other children call every once in a while but as the years go on, they call less and less because their brother Ashraf, who always answers the phone, if anyone answers at all, keeps telling them Ameena is unavailable because she is either sleeping, tired, etc. The other siblings eventually avoid visiting completely because Ashraf seems to make that very difficult.  Their mother eventually also appears to be more unresponsive and even hostile as the years go on.

When the mother dies, the siblings learned that the mother transferred the home to Ashraf during her lifetime and named him as a joint owner in the brokerage account that was previously left to Ameena by her late husband.  She also named Ashraf the sole beneficiary of her 401(k).   The other siblings receive no inheritance.

It may be that Ashraf, by virtue of him “taking care of” his mother felt more entitled. He embarked on a campaign of alienation between his mother and siblings. At least that’s the way it would seem with the other children. It may well be that Ameena was unhappy with her daughters-in-law, her sons-in-law as well as her own children other than Ashraf. It may be that she did not want to see them, speak to them and was profoundly disappointed with them.  It is impossible to know for sure.

For Muslims, there are three major principles at play in this scenario:

1. Inheritance is distributed based on a set formula in Islam.

2. The mother is free to give gifts to her children during her lifetime.

This is the case so long as it is not intended to injure the rights of her beneficiaries and/or she is not in a “final sickness.” Final sickness is usually defined as an illness that she has that would cause her to die within one year.

3. Cutting off family ties is prohibited for Muslims.

As a practical matter, all of these Islamic principles are more inspirational and typically not applied by many American Muslim families.  The fara’id (the Islamic Rules of Inheritance) are widely ignored by Muslims in the United States despite their prominence in the Quran and the stark fact that application of these rules is mandatory for all Muslims with property.

It is typical for property to be jointly owned and transferred to a spouse, including a later spouse, and often to just one child even if there are other children.  Most Muslim families would not give a second thought to cutting family ties with those who get on their wrong side.  Attempts, or perceived attempts, by more privileged siblings to gain benefits from parents during their lifetime, when the other siblings are not is a much harder issue that often causes conflict.

As far as the law is concerned, things may be murkier in the case of the mother Ameena, the son Ashraf and the other children.  Ameena’s other children may want a remedy for the fact that their brother received all of the property. A lawyer may well tell them that they have a case of “financial elder abuse.” That Ashraf, by using his position of proximity to his mother, proceeded to use “undue influence” in order to get her to sign documents that transferred the property over to himself while, at the same time, engaged in a campaign of alienation against the other children, harming the relationships in the family for financial gain.  This can be proven based on the right facts, but it is often difficult to do.

Ashraf is Ameena’s son and not some stranger, such as a housekeeper or care provider, and so he is what lawyers would characterize as “the natural object of her bounty.”  Courts will often not look at any of this suspiciously on its face.   As long as she has met the minimum threshold for capacity, and it is not usually a high legal standard, she can do whatever she wants with her money. 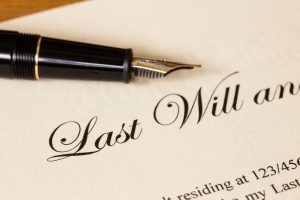 It may be normal for her to want to give property to her son and it may also be normal for her to dislike her other children enough to exclude them.  They may well be disappointments to the parents, ne’er-do-wells who were bad children. This happens all the time in the United States.  Such a judgment affecting property rights is prohibited in Islam but perfectly legal in all states.

One thing to know about siblings after the death of parents is that they have a tendency to go into conflict mode.  Adult children in particular become emotional tinderboxes. Childhood relationships with their siblings from decades ago will often come up in conversations.  They are often not fond memories.

You see when parents die, and there is an injustice that is done in the way the parents property was arranged and how inheritance was distributed, children will not usually blame the deceased, they will blame the living. Even if the parents were completely at fault and had malevolent intent towards their children (yes, this happens) the siblings will blame each other – loudly, frequently and for the rest of their lives.

We will frequently find siblings who do not speak to each other; some who had not spoken to each other in years, some decades. Property disputes are often the root cause of this acrimony.

The Islamic Rules of Inheritance, known as the Farai’d, is a benefit to society more than it is a benefit to individual family members.  For humanity itself, like the Quran the rules come from, it is a mercy to humanity.  It helps maintain cohesion during a difficult time for every family. When families follow these rules, inheritance conflicts go from becoming commonplace to rare.   Allah ordained the shares of inheritance.  They were not distributed through favoritism, disappointment, animosity or manipulation.  They just are.  There is nobody to be angry with.

Strictly speaking, disputes by siblings after parents die are about money.  However, they are not about money in the same way a contract dispute is.  They are far less rational and more destructive.  If an older brother tortured his younger brother when he was 7 years old, it is going to come up again.  Everything is going to come up again.   A uniform system, as exists in Islam, where everyone feels they were afforded dignity and respect and their parents were honored, conflicts are less likely.

Here are a few steps the family should take in order to prevent financial elder abuse, allegations of elder abuse and help promote long-term familial harmony:

1. Avoid giving large gifts to family members out of anger, resentment or spite towards another family member.

There are legitimate reasons for giving gifts within the family that are uneven or would seem, at first blush, to favor one child over another.   Wealth has a way of being weaponized in families.  When that happens, you are sowing the seeds for future discord among siblings.  Parents should be careful to not leave behind a legacy of pain and resentment within their own family.

If you are the potential recipient of such a gift, make sure the circumstances are such that it would not cause long-term fitna. The money is just not worth it, no matter how much it is.  Be transparent about the transactions.  Often children genuinely take care of their parents, pay household expenses, the mortgage balance and so forth.  If the parent wants to transfer title to a home during lifetime (do not own anything with a parent or child) the other siblings will likely understand.  If this is disclosed only after death, they are less likely to be forgiving.

Make sure this is part of your plan.  In some parts of the world, this may not be possible because you may not have the ability to designate beneficiaries as you wish. However, in the United States, you can do this.

3. Always stay connected with your parents, children and siblings, no matter what.

This is the most difficult thing to do for many. In some cases, there will be individuals, sometimes even family members, who will try to prevent you from being in contact with your own parents.  This is a bad sign. If roadblocks are thrown in your way, it may be necessary to get legal help as your parents may be the victims of elder abuse.   It is also possible to monitor public records to see if the deed to the home has been changed if you are concerned about this.  You may also consider contacting your local adult protective services in appropriate cases.

Many families have long and painful private histories that most of the rest of the world does not know about.   The Quran reminds us that wealth and children are a trial (64:10)- and this scenario plays out every day in courts around the world.

We should never allow our vanity, sense of entitlement or sense that we know better cloud our judgment into making decisions that can cause disharmony within our families for decades to come.   We should also maintain family ties even if that seems distasteful and hard to do, because it is the right thing to do.

Experiences of Islam, Politics, and Culture In India | The Motherland – Part I