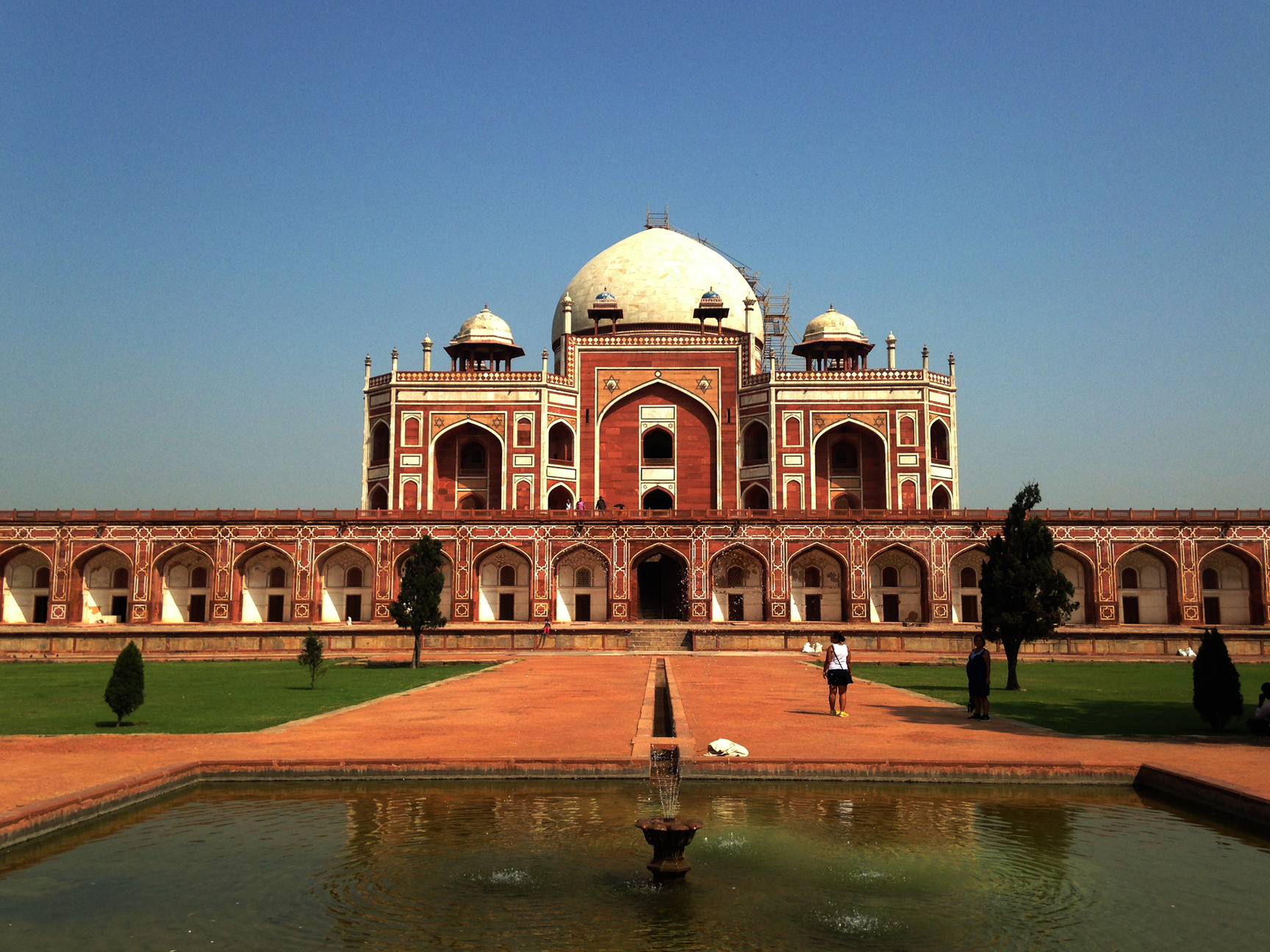 The “The Motherland” series will go over the benefits and challenges of studying Islam overseas in India, institutions of learning there in, and Nihal Khan’s journey ofstudying at Nadwatul ‘Ulama in the 2014-2015 academic calendar year. The subsequent articles in this series will detail his experiences and reflections from his travels and studies in India.

Though I had spent a few vacations visited India a few times as a child, I never in my wildest dreams thought I would go back to India. Before telling you about my experiences, I’d like to clarify some things so that you do not think that moving to India was a piece of cake for me. I did not grow up spending my summers in India, loving Indian food, or watching Bollywood movies. Not at all. I was born and raised in northern New Jersey in the shadow of New York City around mostly third generation Italian families. 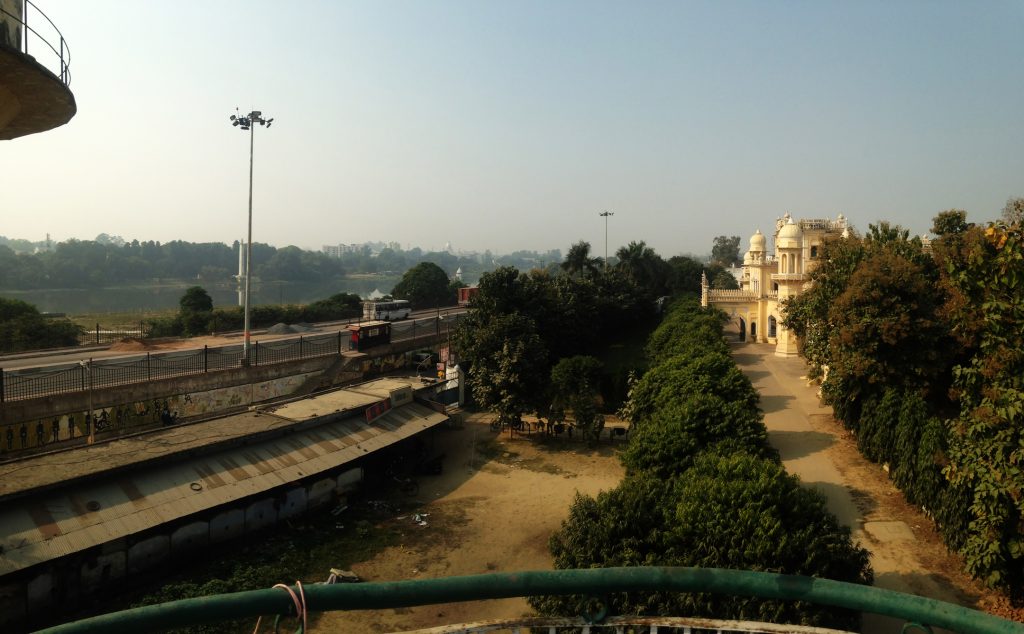 As a child, my best friends included one classmate who is now in the United States Air Force, another that came from a Jehovah’s Witness family and who is now an emergency medical technician (EMT), a Jewish neighbor who graduated from Brandies University and now works full time for a rock band, and some weekend Sunday school kids. Besides a handful of family friends, some distant relatives, Hyderabadis at our local mosque which I visited once or twice a week as a child, and the really smart Gujarati kids in my hometown of Paramus, I did not have much of an affinity nor solid exposure to India. I spent my four years of college with close friends who were Palestinian, Albanian, and Pakistani. Besides speaking broken Urdu/Hindi with my mother, I really had no connection nor wanted to be connected to India – and there was a reason for it.

My parents are from the north eastern Indian state of Bihar, a state notorious for lawlessness and underdeveloped infrastructure. Regardless of the erudite Islamic scholarship that the state is historically famous for, Bihar and its inhabitants—known as “Biharis” are viewed in a lower light – similar to the way Americans view New Jersey as the armpit of America and a place filled with Chris Christie, high taxes, corruption, and smog (but hey, there is a reason they call us the “Garden State”!). Anyway, we visited India, on average, every six years for approximately ten days at a time. We would usually visit Bihar, New Delhi, and Calcutta since our extended family lived in those places. As a child, I visited India only four times, two of which were before I was five years old.

A famed structure in India, Humayun’s Tomb in New Delhi 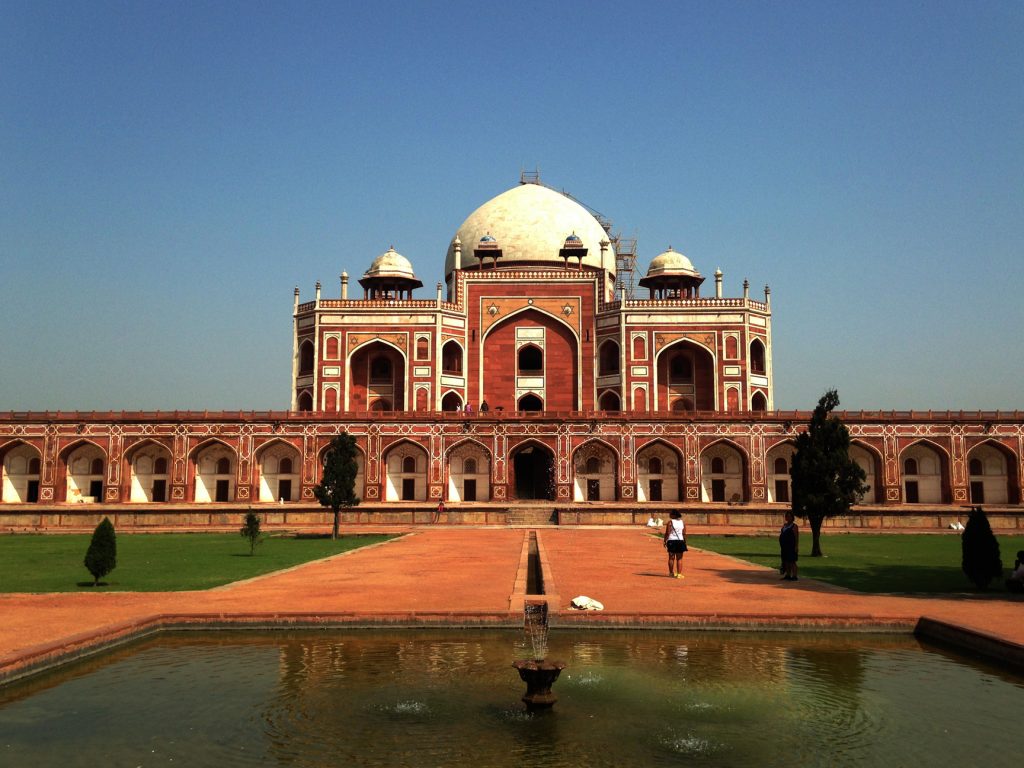 When I was twelve, I took an emergency trip in the summer to Bihar due to a death in the family and ended up staying there for two months. It was the worst two months in the twelve years of my life! It was 110+ degrees Fahrenheit every day, everyone was sad and in mourning, I was rampaged by mosquitoes,  lost twenty pounds in those two months, had no air conditioner, got sick almost every day and could not get along with the people there. The list goes on. Again, I was TWELVE years old! The experience was so traumatic that I promised myself that I would never visit India ever again. My parents actually went several times afterwards but I did not join them on any of those occasions. It was ten years later that I decided to enroll at Nadwatul ‘Ulama in Lucknow.

In 2014 I traveled to Lucknow for the sole purpose of going to see Nadwatul Ulama and to decide if it would be a fit for me as an Islamic institution to study at. Seeing Lucknow was an amazing eye opener for me. I always thought that all of India looked like Bihar or Calcutta because, as a child, that was all I had really seen. Though the smog, disorganized driving, and dirty bathrooms, were difficult to get used to, looking back at this year I realize that having a larger goal in mind can do a superb job of making light of smaller issues that will not affect your success in the long run but may deter you in the initial stages.

Struggles are a small price to pay for the larger goals that we hope to achieve, and those struggles are what will build you to pursue higher and greater goals in life. So about Lucknow…

A small and homey city situated six hours east of the Taj Mahal and four hours south of Nepal, I found this city great in escaping the hustle and bustle of larger Indian cities like New Delhi, Mumbai, and Calcutta. Known for its historic Mughal architecture, old royal palaces, and prevalent Urdu and Muslim culture,Lucknow has much to offer tourists, students of knowledge, historians, anthropologists, and academics. Adding to the home-like nature of the city, during my stay I met dozens of students from several Ivy League universities in the United States that were either studying Urdu/Hindi or researching a subject related to their academic thesis. The majority of those students study at the American Institute of Indian Studies, a language center that is supposedly the only affiliated institute where students at Ivy League universities like Yale, Harvard, and Columbia can study Urdu (I say supposedly because I have not come to know of any other affiliates). With many tourist attractions, places to shop, eat, and meet people, Lucknow is a nice city to spend a few days in on your next vacation. The city is also so close to Nepal that we felt the tremors of the May 2015 earthquake!

Fields in the state of Maharashtra. Taken on a train headed to Gujarat. 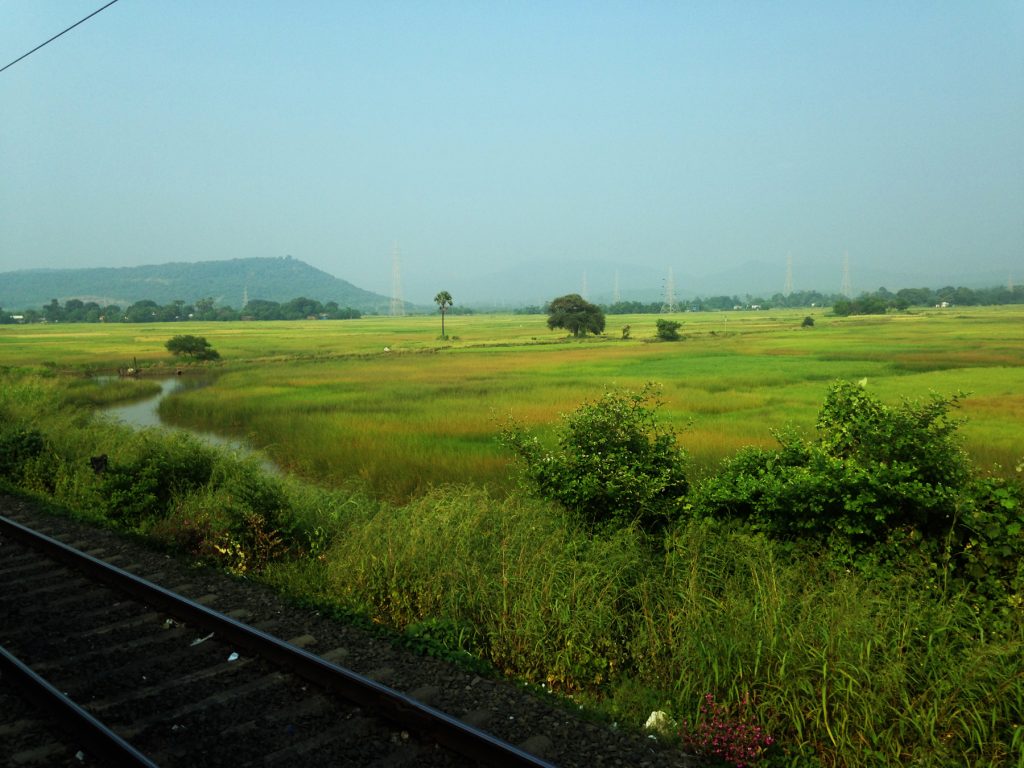 What Will You See in this Series?

Within this series on MuslimMatters I would like to show readers how life in India is for an American. I hope to do this by writing about my experiences with health care, law enforcement, locals, Islamic institutions, what students of knowledge should consider before thinking about studying overseas, and lastly reflections and recommendations on the institutions I’ve visited.

Check out Part II of this series –> Self Revelations – Discovering my Physiological Limits.