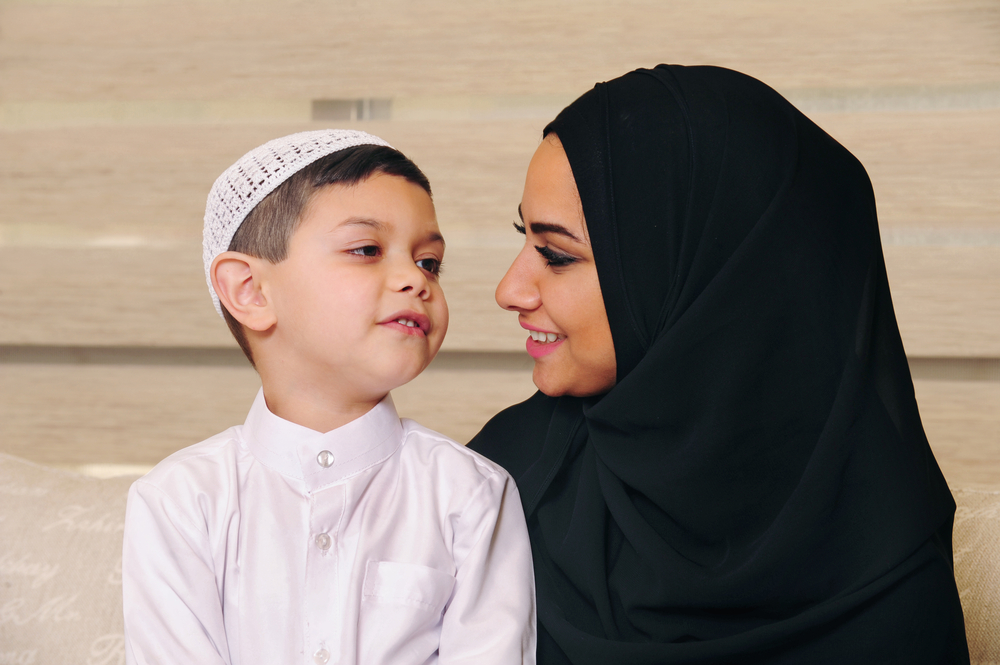 You are ten and we haven’t had the talk yet. I don’t mean the talk about puberty or sex ed, that we have been doing since you were little. Rather the talk that many Muslim mothers dread having with their growing sons.

Your Baba is an inventor. Our house and garage is filled with gizmos and gadgets. I think Dadda still holds on to his inventions from when he was a middle school kid. He went on to receive multiple patents for his inventions. We love his geekiness and I see the same sparks of joy when you design or make something from nothing.

Your father grew up in a time before 9/11. You on the other hand are growing up in a world where millions of dollars are spent on building hysteria around your faith.

You will not be afforded the right to be a regular kid. You will be judged on a totally different playing field.

Be careful of strange men, not just those who may want to use your body for their lust but also for their nefarious greed. They will come to you talking about justice and peace, offering you a free lunch. They will show you terrible footage of carnage of your people and urge you to express your feelings. Then they will sell you to the nearest FBI branch, who will concoct a plan to blow up a lighted Christmas tree or a mall and throw you into a prison called a Communications Management Unit where your Mama will not be able to touch you or hug you.

Just be careful. Don’t vent your anger in online forums. Come talk to me… That is why I take you to protests and forums where good men and women are trying to make structural change. Most importantly, make dua to Allah about the injustices you see and aim to work to eradicate them through halal means.

Learn deen from our imams and the scholars near us. Those who frequent our masajid, who make Eid with us, who attend our janazahs and visit us to give classes. They know about Islam and you do not need to go online to ask questions about our religion. Ask me or Baba anything that bothers you about ayahs in the Quran, we will find the resources to answer all your questions.

I know you like police officers. When you were younger, I would always tell you to look for the uniform in case you were lost. That you would be safe until I could get to you. The police are meant to protect you but in these difficult times any innocent thing you do may be seen as a threat. As you grow from a cute young boy to a big, brown man, you may seem scary to others. They have been brainwashed by the movies made both in Hollywood and by professional bigots, that show people who look like us as the monsters who kill their children. Our politicians and leaders have used the perceived threat to gain quick votes. The White House, where our President lives, held a Summit on Countering Violent Extremism and just discussed Muslims and this has sent out a message to the entire country that they need to look at us through the lens of violence.

If you are ever in a position where you have to speak to the police ask them to contact your parents. Don’t be a wise guy. Don’t run. Don’t resist. You thought cops were just ‘mean’ to Black kids and that since you were not of the same color, it could not happen to you. But my dear son, I don’t want to hide reality from you. If you ever think you have it so hard – think about what our Black Muslim brothers and sisters go through every single day.

I don’t know how to do this. I do not have the generational wisdom of my Black friends who have had this Talk with their sons. This is why Mama has taught you about anti-racism work, why it is important for us to learn from and work with our Black friends. I will ask them.

I will also ask my friends who were raised in countries like Egypt where the police has often been an enemy of ‘our kind’ of Muslims. This is why I teach you about injustice around the world, so you are not shocked when it happens in your country. ‪#‎IstandwithAhmed‬

Be careful before taking an invention to school. Be careful while flying. Be careful making jokes. Anti-Muslim bigotry is REAL.

But most importantly, be careful not to lose your shine. I pray that your Minecraft obsession and tinkering with tools leads you to do immense good for mankind. I pray that you take after your father and continue building and making. I make dua that you always stand for Justice.

Don’t ever hesitate to name your children after the Prophet

Remember when the Prophet

[He is] the Lord of the East and the West; there is no deity except Him, so take Him as Disposer of [your] affairs. And be patient over what they say and avoid them with gracious avoidance. 73:9-10

He told us to rise up at night to worship Him and He will take care of it all.

Allah is with you. Trust Him and only Him.

Portfolio Investment Options for Muslims in the United States