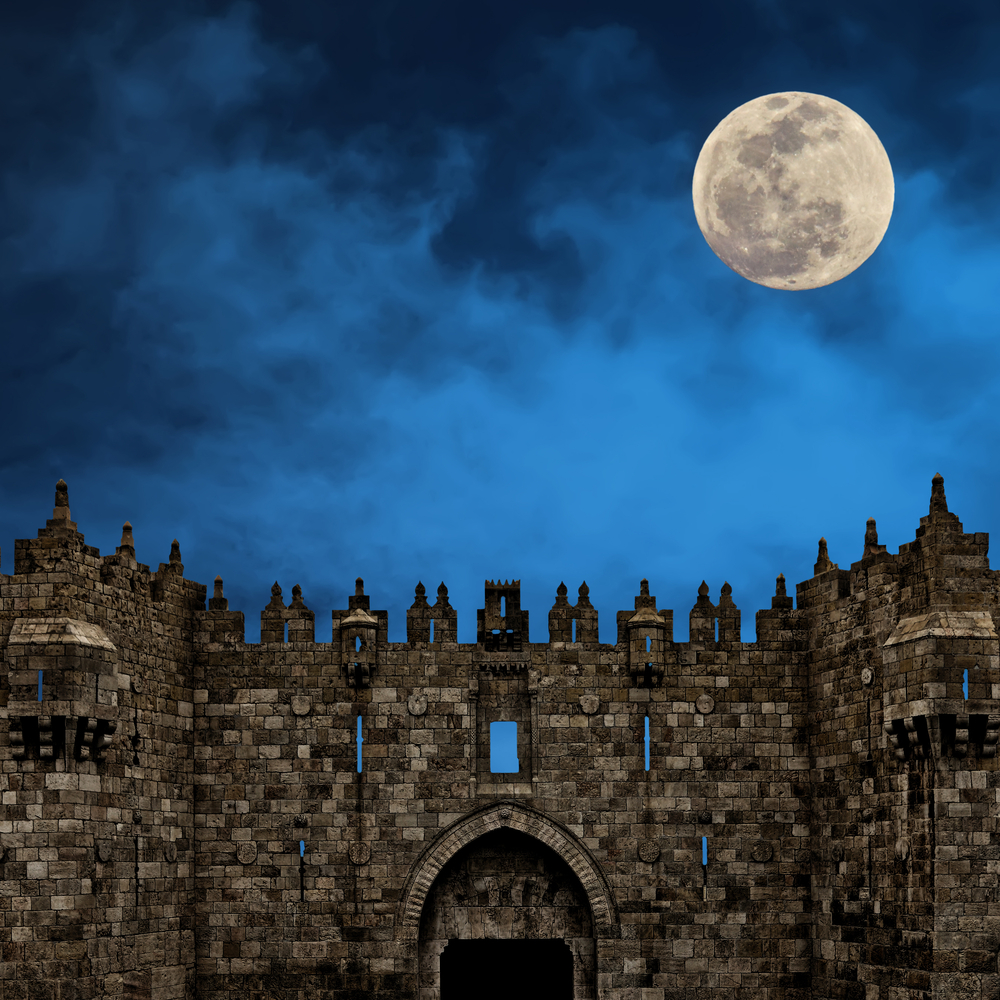 When I survey my life, it seems to me to be a useless one, devoted to impossible ideals. My activities continue from force of habit, and in the company of others I forget the despair which underlies my daily pursuits and pleasure. But when I am alone and idle, I cannot conceal from myself that my life had no purpose, and that I know of no new purpose to which to devote my remaining years. I find myself involved in a vast mist of solitude both emotional and metaphysical, from which I can find no issue.

Russell’s reflections are typical of those who trust in a particular style of reasoning as the means by which human beings can know and understand themselves and the world they live in. After a lifetime devoted to this style of reasoning, they become disappointed with reason altogether because it is unable to account for the most general, fundamental and most obvious of all realities: namely, that humans are intelligent and the world is intelligible to them, that the world seems to demand and reward human curiosity. Reason cannot account for the existence of reason. It is so, but reason cannot tell us why and how it is so.

Reason also cannot account for how and why we understand and respond to notions of value, like love, justice, truth, beauty, happiness, and their opposites. Notions like these form the basis of all the important practical judgements we make in life: who and what we like or dislike, what we strive for, our own behaviours and lifestyle and how we respond to others. We cannot define these values in any way that will apply to all situations or be agreed and accepted by all people. And yet in judging actual, particular situations we somehow know when these values are adequately expressed and when they are not.

All human beings understand these values and have words for them.  They also have the competence to express themselves generally: they have the competence to hold in their own minds and convey to other minds, their perceptions of the real world outside them, and the feelings prompted by those perceptions. More than that, they can think, remember and imagine many things that are not directly prompted by anything in the world outside their minds. All human beings have this ability to express themselves, spontaneously and uniquely, with or without a prompt from someone else or from the world outside the mind. This ability takes different forms in different environments: humans do not all speak the same language, but they do all speak.

Our competence to hold perceptions and impressions in the mind, within the system of signs that we call language, and to hold them independently of any condition in the world outside the mind, enables us to compare this and that, to see patterns, to make analogies, to make suppositions, to plot and plan. This is how we learn: we make mistakes in perceptions and judgements, then we work through the errors and improve our perceptions and judgements; our plans go wrong, and then we try to make better plans. Because we can store what we have learnt in our language, what we learn and how fast we learn gathers pace and volume. Again, it is a mystery on top of a mystery that we can keep doing this and yet never seem to run out of storage space: our minds and language systems are, for all practical purposes, unbounded. Human beings do not just collect the food given in the world like nuts and berries and cereals, and the flesh of hunted or reared animals, they combine flavours and textures and fragrances: they cook, and so enlarge their own appetite as well as their ability to survive in different environments. This applies in all domains of human activity.

Nevertheless, for all its curiosity, its linguistic and rational competence, the human mind cannot see the whole of itself in action. We cannot predict or control all the conditions that affect our thoughts, feelings, attitudes and actions; we cannot predict or control all the consequences of our actions, not even upon ourselves and those near us, let alone upon people far removed from us in place and time, not to speak of the earth’s life-system as a whole. We can watch other people looking but we cannot, ourselves, see ourselves in the act of looking. That is how it is. We can know that we will die, but we cannot, so to speak, live through our own death. We can live through other people’s death, never our own. It is at this boundary that we experience our deepest need to know and understand, and the reason and language that seemed to serve us so well here fail us. This is the boundary of the seen and the unseen.

The need to cross this boundary is the root of the religious impulse. If there were no input from the unseen, this impulse could not exist. But it does exist. We are flooded with feelings of uncertainty, about why we exist at all if we are to die, why we have feelings, motives and effects in the world that we cannot fully understand, why we are followed by our past though it is no longer there, why we are thrown towards our future in great rushes of hope and fear. If there were no input from the unseen these feelings would paralyse us. But there is input: it is this that we call religion. Of this there are numerous forms in the world. The believers say the only reliable form of religion is what has been conveyed by the Prophets, men informed by God from the unseen and informed about the unseen. Muslims are exceptionally fortunate in that what our Prophet informed us about is perfectly preserved in the Qur’an, and almost as reliably preserved in the record of his teaching and example, the Sunna.

These two ways of resisting the Prophet’s

message have in common the idea that this message is not expressed as it should be, that what it says in fact is not what it means; what it says is not how things really are. In short, both these ways believe that the revelation does not establish the truth, rather it establishes the rules and norms of a civic religion, a way useful to the elites for keeping the masses in order. The truth is something else, known to the philosophers, or known to the ittihadi Sufi shaykhs. These two ways have something else in common, namely the legacy of Greek philosophy, albeit the falasifa and the mutakallimun depend more heavily upon Aristotle, and the ittihadi Sufis depend more heavily upon Plato. Ibn Taymiyyah’s Radd ‘ala l-mantiqiyyin is a reasoned polemic against both, and one of the most vigorous defences of realist thinking ever written. Needless to say, he defends realist thinking, not for its own sake, but for the sake of defending Islam as a belief and as a way of life.

Imam Ibn Taymiyyah (661-728/1263-1328) was a great Muslim thinker of Damascus. Besides his excellence in the traditional Islamic sciences, he was a great expert in logic, philosophy, theology and linguistics. He admits that had there been no Prophets, the philosophers would have been the best people on the face of the earth. He appreciates that philosophers raise and think about the right questions. But they do not have the right tools to get the answers that will benefit them or humankind. This is a point that he has elaborated in most of his major works, like Dar’ al-ta`arud bayna al-`aql wa-l-naql, al-Radd `ala al-mantiqiyyin and many of the essays and articles collected in Majmu` al-Fatawa.

In al-Radd `ala al-mantiqiyyin, he discusses in detail the methodological problems of philosophical logic, which is praised by the philosophers as the criterion or measure of right thinking, i.e., it has the same importance for reasoning as grammar has for language. His argument is that a methodology which can work within the domain of any narrowly defined discipline cannot necessarily work in other domains, and certainly does not hold for human reasoning as whole. His criticism against Greek logic is not that it cannot work in a limited disciplinary context, but that it should not be applied as a sort of test to every science and every effort of reasoning. (The philosophers and theologians explicitly deployed it in the discourse on metaphysical and theological questions, and in the argumentation used in jurisprudence and Arabic grammar.)

In the Radd Ibn Taymiyyah focuses on four claims of the logicians:

(1) that tasawwur (conceptualisation) cannot be attained except through hadd (a particular style of definition);

(2)that  tasdiq (affirmation, judgement) cannot be established except after qiyas al-shumul (syllogism; a particular style of reasoned demonstration);

3) that the hadd leads to reliable tasawwur;

and (4) that the qiyas leads to certain or near-certain tasdiq. Ibn Taymiyyah demonstrates the errors of the logicians in all four points in their theoretical discussions and practical application.

[For a detailed discussion of this subject please refer to the online seminar by Dr Mohammad Akram Nadwi on al-Radd `ala al-mantiqiyyin (Refutation of Greek Logicians) of Ibn Taymiyyah as part of the Introduction to Classical Islamic Texts Series at Cambridge Islamic College – www.cambridgeislamiccollege.org]

Shaykh Mohammad Akram Nadwi is an Islamic scholar from the Indian city of Jaunpur and a graduate of the world renowned Nadwatul Ulama (India) where he studied and taught Shariah. Shaykh Akram is a Muhaddith of the highest calibre who has specialised in Ilm ul Rijal (the study of the narrators of Hadith). He has Ijaza (licenses) from over 600 scholars. Shaykh Akram Nadwi has a doctorate in Arabic Language and has authored and translated over 25 titles on Language, Jurisprudence, Qur’an and Hadith. In May 2010, he completed a monumental 457-volume work on the lives of female scholars of Hadith in Islamic History. Also now available in English is Madrasah Life (2007) the translation (from Urdu) of his personal memoir of a student’s day at Nadwat al-Ulama. Shaykh Akram is the recipient of the Allama Iqbal prize for contribution to Islamic thought. As a leading scholar steeped in traditional Islamic learning and in modern academia, Shaykh Akram is a former research fellow at the Oxford Centre for Islamic Studies, Oxford. He is the Dean and the Academic Director of the Cambridge Islamic College.