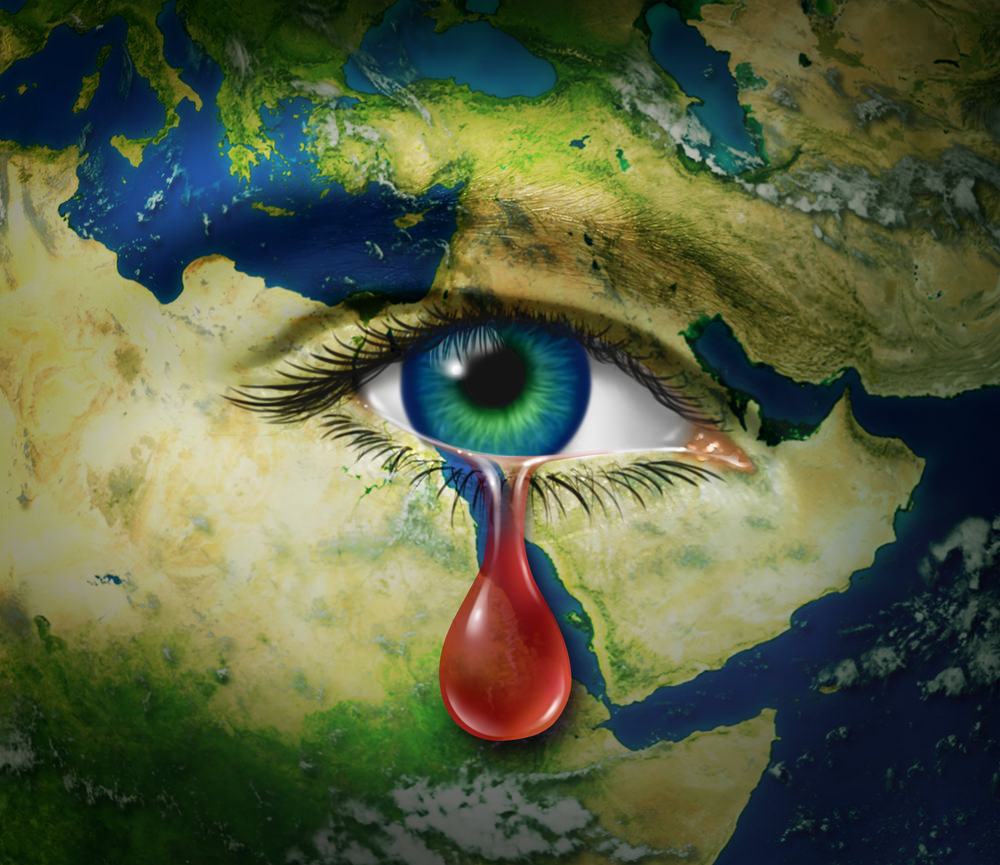 This is cross post, you can find the original here

The UN High Commissioner for Refugees has now registered one million Syrian refugees who have fled to Lebanon to escape the war back home. They account for one fourth of Lebanon’s population.

But that figure sadly does not take into account more than 50,000 Palestinian refugees from the Syrian conflict who are now in Lebanon, too. They are not covered by the UNHCR and have found shelter in Palestinian refugee camps that are administered by the UNRWA, the UN agency that is solely responsible for caring for Palestinians. Living conditions in Lebanon’s overcrowded refugee camps were already appalling and the influx of new refugees is straining UNRWAs resources beyond measure. Yet, the international community appears to have mostly ignored their plight.

I was in Lebanon to visit projects that the nonprofit I work for has implemented to provide relief and support to Palestinian refugees fleeing the Syrian conflict. My first stop was Shatila camp, five minutes from the center of cosmopolitan downtown Beirut. It may as well have been a world away.

Shatila was set up in 1949 and remains today a maze of mildewy, dark alleyways between ramshackle apartment blocks that are stacked so close to each other the sun never makes it through the windows. Webs of wires and cables hang overhead and kids play in sewage.

I am originally from Gaza, and thought that nothing could be worse than conditions in the camps there. But the night after I went to Shatila, I could not sleep. Believe me, I tried. But what I saw in Shatila was so hopeless. My stomach was upside down. I felt like an only child who had just discovered that all along he had a big family who spoke just as he spoke, valued what he valued, and who lived not too far from where he had lived.

Shatila has little to offer its 15,000+ desperate Palestinian refugees but hundreds still continue to arrive — fleeing the violence in Syria. These newcomers find themselves trapped in a paradox where they have to start again from zero in a place that has virtually nothing to give.

I visited a school named after the Palestinian city of Ramallah where classes are running in two shifts to reach all the children. Yet, access to education for these new refugees is problematic.

Families who fled Syria with just the clothes they were wearing can hardly afford to put food on the table in their makeshift shelters, let alone pay for transportation, school supplies or any education-related fees. Most families are crammed into small rooms or makeshift tents, without proper lighting or sanitation, making it nearly impossible for children to study.

Teenage boys are more focused on finding odd jobs to help support their families and often drop out of class or attend school only occasionally. Some have been out of school for two years or more.

There is rising concern now that a whole generation of future decision-makers and professionals will be lost.

The next day I went up north to Nahr El Bared camp where metal trailers are serving as homes for Syrian and Palestinian families. These boxes were installed as temporary shelters seven years ago in the wake of military clashes that left most of the camp destroyed. Now, rusted and disintegrating, they provide poor protection from the cold, heat or rain. I met a handicapped Syrian man there who had found shelter inside a trailer. Even though the community has little, long-time camp residents collected a mattress, blankets and kitchenware to give to his family. ANERA-sponsored plumbing students installed a new bathroom in his trailer that he can use with ease — something that restores some dignity in his life.

In southern Lebanon I visited the largest camp, Ein El Helweh, home to 70,000. There I met Palestinian refugees from Syria who feed themselves by dumpster-diving and collecting rotten produce from the local market. They are among 60 families living in camp-within-a-camp in makeshift tents. I talked to a father of four whose family was pleased to receive quilts and other relief supplies from ANERA. A successful blacksmith back in Syria, he wondered where he could find work in Lebanon to support his family over the longer term.

Looking around the camp, I spotted Ahmed, a six-year-old boy from Syria who was collecting flowers. I asked, “What for?” He said, “For Auntie Sahar, my teacher!”

Despite all the destruction and uncertainty, this youngster still finds a way make people smile. He, like others I met on my journey around Lebanon’s camps were positive and resourceful in spite of nearly impossible conditions. But, for how much longer?

For more than 45 years, ANERA has provided humanitarian and development assistance to Palestinian refugees and marginalized communities in the Middle East.

What is your legacy?