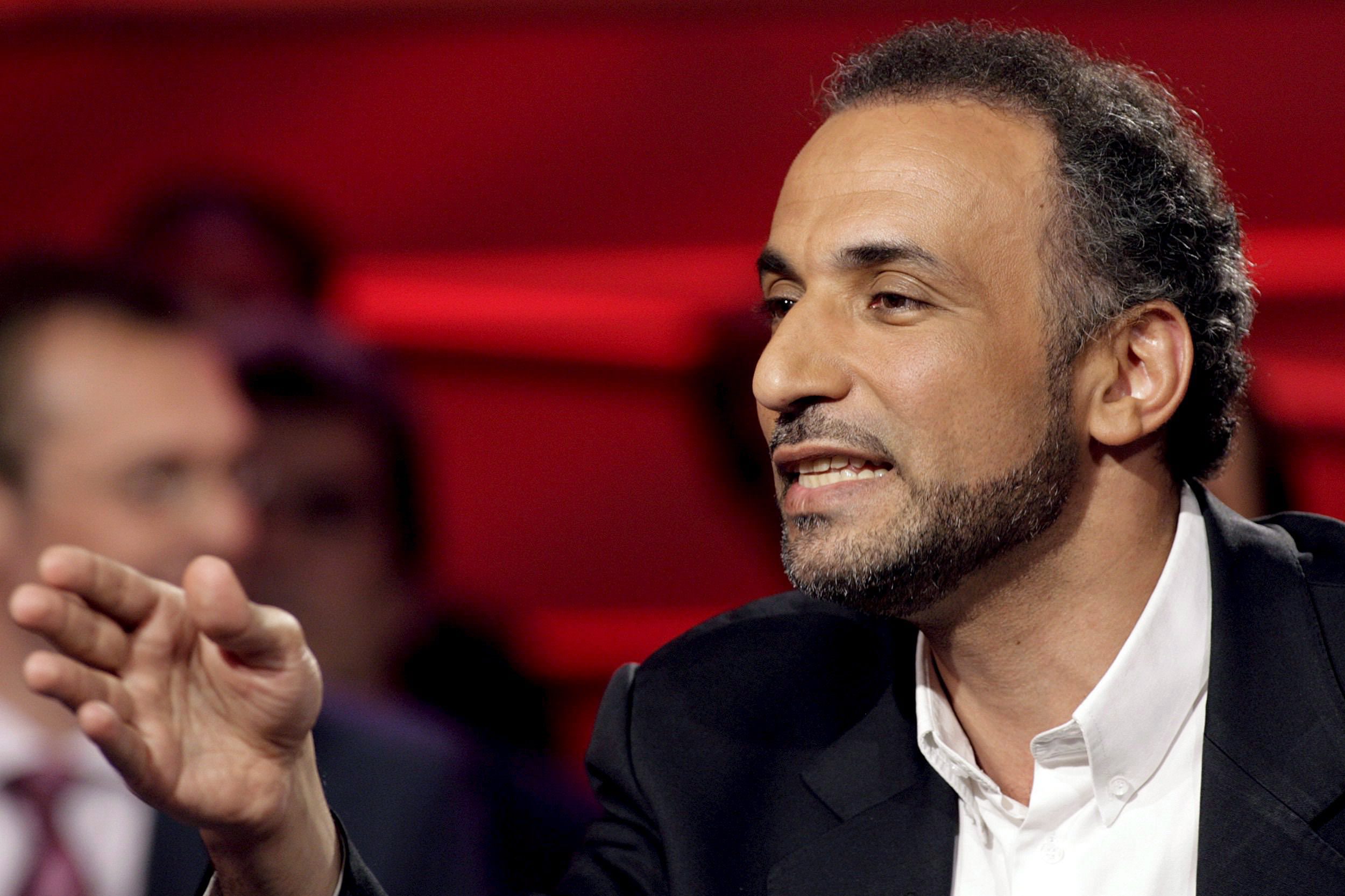 I had the pleasure of first meeting Dr. Tariq Ramadan during the 2011 RIS Convention when I was covering the event for this publication. It was an amicable meeting; I recall being struck by his down-to-earth attitude. He took the time to have a genuine conversation with people – a rarity at such large events.

It was the year of the Arab Springs and I remember his insightful talk about the role played by American institutions in kindling the protests in Egypt. The next year I met him again at the RIS Knowledge Retreat where he gave a series of classes entitled, ‘Shariah, Sufism and Ethics’. It was a powerful analysis of ethics and spirituality in the Islamic tradition. I recall asking him advice on how to combat the shariah fear-mongering that was going on at the time; he responded with words of wisdom as usual, ‘Normalize your presence without trivializing yourself’.

So, I was naturally quite shaken to hear that he had publicly boycotted the RIS and ISNA conventions; especially given his active role in the past several years. While he doesn’t use the word ‘boycott’ is his essay, his action is just that – a public censure of an organization and disengagement to achieve particular goals. I found his stance particularly troubling, and more importantly, ineffective. The reason being that he fails to adequately answer the essential questions for a successful protest: why boycott, how long to do it and what needs to be done to address the underlying concerns of the boycott.

Dr. Ramadan’s first allegation against RIS is that it remains ‘apolitical’. I find this charge particularly disingenuous given that speakers, including himself, frequently address political issues at the convention. I clearly recall the atmosphere at the 2008 convention when Israel started its bombardment of Gaza; outrage and condemnation was outspoken. A fundraising session that year, led by Imam Zaid Shakir in the main halls, raised over $100,000 within a half hour for the victims.

When the civil war in Syria started and Bashar-al-Assad began his atrocious crimes, the speakers did not shy away from expressing their disgust with him. When Ghaddafi was captured and killed, Dr. Ramadan was the one who voiced the unacceptable way in which his case was handled. These are just a few examples I can recall from my numerous years as an attendee and volunteer. Perhaps RIS isn’t political in the way Dr. Ramadan would like it to be, but to accuse convention of being silent on political issues is an unfounded assertion.

Dr. Ramadan’s second and more serious allegation relates to the speakers at RIS. He accuses these speakers of supporting dictatorships, despots and all the oppression they perpetrate. He fails to elaborate on who these speakers are and neither does he bring proof as to why he believes some of the leading Muslim preachers are supporters of tyranny and war crimes.

Those well informed on sectarian politics of the Middle East assume they know who and what he’s referring to; the rest of us are baffled and in utter confusion by this accusation. In his blog post, he refers to these people in convoluted terms such as ‘some speakers’ who follow the ‘sufi’ trend. This has implicated all the scholars at the convention and we’re left wondering: could he be referring to Shaykh Hamza, perhaps its Habib Ali, may be Imam Zaid, what about Dr. Jackson, or is it anyone associated with Mufti Ali Gomma or the late Shaykh Buti ?

Professor Ramadan’s elusive approach only opens the doors to speculation, conjecture and confusion. By disparaging the moral character of the scholars that Muslims so deeply trust and rely on for spiritual guidance, he has sown the seeds of doubt in their hearts – his boycott will do nothing to remove it. Not only will his move lead to political rifts, it also creates a spiritual crises built on doubts and division.

In the worldview of the Dr. Ramadan and his supporters, the immoral stances of their opponents are obvious – to the average American or Canadian RIS attendee they are not; most are clueless about the subject matter in the first place. If he was going to make such egregious allegations in public, especially on a matter generally debated in inner scholarly circles, he should have taken the liberty of at least supporting and clarifying his claims. Sure, we hear of the occasional tweet here and a facebook post there, but those hardly offer the degree of certainty required to establish such bold claims.

Instead of identifying, confronting and refuting the people he so vociferously opposes, Dr. Ramadan sanctimoniously declares them to be puppets for tyrannical rulers. He neither engages in a debate with them nor does he give these scholars a chance to clarify the basis of their positions. Using unsubstantiated claims masked in ambiguity he fosters the very phenomenon of partisan politics he’s trying to combat.

I am certain Dr. Ramadan has convincing arguments to back up his views, but his failure to elucidate them for us only breeds suspicion and bars us from the opportunity to judge for ourselves. If the scholars speaking at our conventions have indeed committed such serious transgressions, we deserve to know with absolute clarity before we decide to boycott them.

As for his boycott of ISNA, the professor offers much more concrete reasons; his approach, however, is still divisive and ineffective. The grievances he has expressed about ISNA’s unacceptable silence over deeply troubling aspects of U.S. domestic and foreign policy are universally shared by American Muslims. These Muslims, however, have not decided to boycott ISNA over it.

Instead, the recent events have lead to serious introspection and have stirred a much needed debate on how Muslim engage with government institutions. These issues will no doubt be raised and discussed at the upcoming convention; Dr. Ramadan could have been an important voice in influencing change but he has decided to not be present at these meetings.

ISNA is at an important cross-roads; it has become manifestly clear that its current engagement model has shortcomings which need to be seriously re-examined. It has to determine an approach where it can collaborate with institutions of power without being stifled by them or compromising its integrity. Glenn Greenwald, like many others, have stressed the need for an effective outsider-insider strategy for engagement. ISNA will certainly fall under the ‘insider’ category; its mandate is not like that of CAIR – which always seems to be in conflict with institutions of authority. It needs to transform itself into a effective lobbying group which can advocate on behalf of Muslims without being paralyzed by fear. Now, more than ever, it needs friends, not boycotters.

Dr. Ramadan’s boycott no doubt succeeds in putting pressure on ISNA and kindling up much needed discussions, especially given the support he has received from fellow speakers. However, this pressure comes at a cost. He has chosen to take a highly divisive route and no doubt has burned many bridges with the Muslim leadership in North America. Given his influence, the move has also galvanized many of his supporters who too are re-considering their attendance at the convention. ISNA is the one of the few institutions American Muslims could look up to as a representative of their interests; being publicly chastised and boycotted by a leading Muslim academic is bound to create division at a time when unity desperately needed.

Furthermore, the more important shortcoming of this move is that Dr. Ramadan has offered no concrete actions that need to be taken to address the issues he raises. How long will he and his supporters disengage from two of the largest gatherings of Muslims in North America? Blanket boycotts with no clear demands and deadlines are pointless and ineffective. What steps exactly does he want RIS and ISNA to take? We’ll never know the answers to these questions.

Professor Ramadan felt it a moral obligation to dissociate from organizations he had serious political disagreements with. Instead of the method he employed, he could have easily taken a less divisive and more effective route.  This could have been achieved had he publicly published detailed criticisms of ISNA and RIS with suggestions for actions they need to take. He could have then, like many others, privately declined attending the conventions; his absence would then be more meaningful to the organizers as well as the attendees. I am thinking of something along the approach Shaykh Hamza Yusuf took to highlight his disagreements with ISNA over the moon sighting issue.

The current approach taken by Dr. Ramadan is rash and its impact is temporal. He has picked a fight with the very people he needs to be advising; its unlikely they’ll be receptive to what he has to say if he does’t resort to more diplomatic methods. No one questions the legitimacy of the criticisms he has offered or the concern for good that drives his actions. However, this highly controversial approach has lead to greater harm, in this author’s opinion, because it engenders disunity amongst Muslims, casts doubts on the integrity of our scholars and fails to provide any tangible solutions to the exceedingly complex challenges our community faces today.

Ed Note: We encourage discourse and writers on Muslimmatters have a variety of individual points of views including this post; this should not be taken as a Muslimmatters ‘position’.

Related Topics:BoycottengagementISNARISTariq Ramadan
Up Next

What is your legacy?

Lunacy in the Levant: Deconstructing the ISIS Crisis