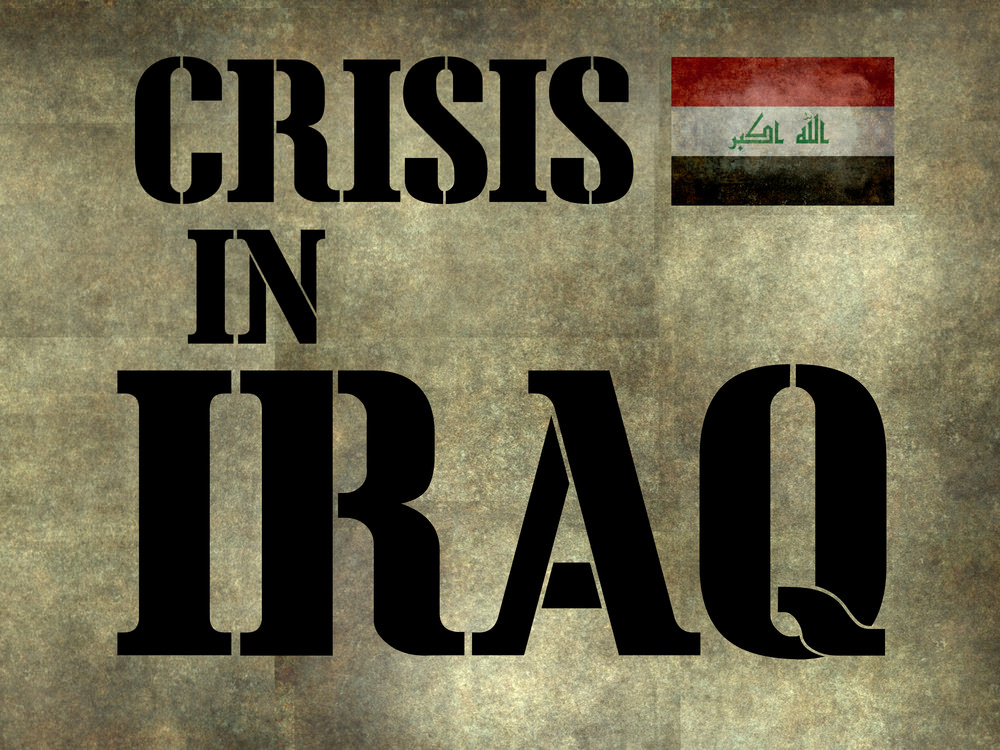 Genocide, murder, rape, mass executions, beheadings, the persecution of Christians, the persecution of Muslims, the persecution of Yazidis, a religion that most of us have heretofore never heard about, and a level of Muslim extremism that sends chills down your spine. This is the perceived reality of the ISIS phenomena which many people call a crisis. Despotic, bloodthirsty leaders, foolish followers, whole families slaughtered, and the image of a prepubescent Muslim boy holding up a decapitated head as if it were a fish that he might have caught in the local creek. Such are the workings of people who claim to be the puritans of Islam, sanitizing the path. Babies, shot point blank in the head, and scenes of outright savagery, all in the name of Islam. Thanks to world-wide (and largely controlled and censored) broadcast and social media, this is part of what makes up the images of Islam and Muslims in the 21st century.

The ISIS crisis in the Levant is not the only episode of Muslim ideologues run amok, or of Muslim on Muslim fratricide or of tribal wounds flared into full scale civil war; it’s going on in many places, and it just didn’t start during this century, or the last century for that matter; this is centuries old behavior and a chronically diseased spiritual and mental state that has always plagued parts of the Muslim world, and which traditionally has largely been ignored by the rest of it. The gruesome scenes of bloodshed that we are witnessing today are just individual examples of a much larger issue, which is total lack of regard for the most sacred things of our faith by people who claim to act in the name of our faith.

It seems that the most prominent casualties in all of this carnage, specifically in the case of ISIS, are the very things that our Prophet ﷺ had declared sacred on the day of Arafat during his Farewell khutba (sermon); Innocent blood, honor, and wealth and property. The very things that we were commanded to hold dear, are the very things that have become casualties of sacrilege. This is not to dismiss the carnage that recently took place in Gaza or the sectarian violence of Muslim on Muslim killing and strife that is going on in Syria, Libya, in the Mali, and in Northern Nigeria with Boko Haram.

The sad reality is that there is a very deep rooted mindset in parts of Muslim world, and even amongst Muslims living in the West, that is prone to dismiss the sacredness of blood, honor and wealth, in favor of your group, your sect, your spiritual leader, your race, your ethnicity, or your nationality, or your profit margin. There is a pandemic culture of sectarianism that drapes the Muslim world and that has extended well beyond its borders. It represents itself as racism, tribalism, nationalism, regionalism, terrorism, sect, sub-ideology, and political aspirations, all with the same result; Muslim killing, violence, savagery and butchery, all in the name of Islam, in the name of Allah, or in the name of, of all things, justice. People make, break, and change alliances and allegiances all the time in the Muslim world, so many times, we don’t even know the difference between the good guys and the bad guys. We’ll cheer on one group one moment and demonize them the next. We never really know who is paying who, to do what, who is supplying who, who’s selling out to who, who is lying and who is telling the truth, who it is that are simply misled, who it is who are profiting, and who is it that are just plain evil.

Most of us are just online, and media driven spectators to all of this, for various and sundry reasons. Some of us are drawn to the sensationalism but indifferent to the underlying problem, others are truly concerned and looking for answers and still others have given up, and see no hope to the problem of widespread Muslim on Muslim killing and what it means to our civilization. Still, this confluence of spectacularly violent, and unconscionable incidents of Muslim savagery, all converging at once in real time, is leaving its mark of death, trauma, suffering, anger, and confusion. Yes, it is enough to make your head spin and propel you into a complete state of apoplexy. In the middle of it all, some of us are concerned, and rightfully so, about the image of Islam and Muslims in the world. On this point, I got news for you; what we need to be really concerned about is not just our public image; but about the people that we have become, and the state of our collective morality. This is not about public relations here; what we are dealing with is a severe and seemingly growing moral dysfunction in our ranks.

I’m not ignoring the horrendous acts of violence, aggression, and political manipulation directed at Muslim groups and countries by non-Muslim actors, states, and military corporations; the bombs, bullets, grenade launchers, armored personnel carrier, flak jackets, goggles, boots and uniforms, and all the instruments of war and mass destruction cost money, and their non-stop use is making some people very wealthy. Some of these instances of violence going on in the Muslim world is simply a matter of pre-orchestrated warfare engineered and financed by outside entities, where they supply all the tools of carnage and sit back and watch as Muslims kill each other, while wealthy financiers, greedy contractors, and unscrupulous weapons manufacturers count their profits.

Network and cable television is replete with political analysts opinions about which Muslim group should be armed to fight which other Muslim group, and with what kinds of weapons, for how long, and how many advisors, and at what level of technical assistance. Knight to King’s rook four; like a chess game with the Muslim people as pawns. After the destruction of homes, towns and infrastructure, they send in contractors to profit again at the expense of poor indigenous Muslim populations. Why so many of us fail to see the pathetic irony in that, is beyond me. But that’s a topic for another article.

The bottom line is that there are more Muslims killed, maimed, and made homeless refugees by other Muslim than by anyone else. There is absolutely no justification for rape, the killing, torture and maiming of the innocent, for murdering women, children, and elderly men tending to their farms, no matter what their race, religion, nationality, or ethnicity.

There is no moral justification for forced conversion to Islam; not ever. We have become almost completely desensitized and nearly oblivious to our own moral failings as a Muslim civilization. Muslims certainly are not the only people with modern moral challenges. However, as Muslims, we are responsibly for our own moral condition. I’m relatively certain that these sad but news worthy events we are talking about will soon fade into history and will be all but forgotten about in our short term memory, but the diseases of violent, Muslim on Muslim sectarianism, and the unhealthy penchant for massacre and the taking of innocent lives, will remain, only to raise its ugly head again in the near future. I don’t claim to have the solution to all of this but I will say this; things will not change for us, until we change. And Allah knows best.

Dr. Ramadan “Boycotting” ISNA and RIS – What Do You Think?