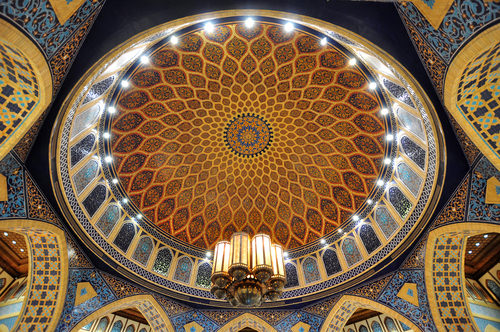 All praises and thanks are due to Allāh, and may the blessings and prayers be upon the Messenger of Allāh, his family, his companions, and all those who follow in their footsteps until the Day of Judgment.

Al-Islam is a collection of rules and articles of faith, of knowledge and action, of things we should know and things we should do. The theoretical part is the theology aspect of the religion, and the rules are either related to dealing with Allāh (and this is known as Ibaadah, or acts of worship) or related to dealing with other humans and creations. Therefore, the religion is made up of Aqidah, Fiqh and Sulook (etiquettes and socializing). The details related to all of these areas have been addressed in the Qurʾān and Sunnah.

During the time of Umar’s Khilafah,

one of his companions came back from al-Shaam (Syria/Palestine) and told Umar the good news of how many people had started reading the Qurʾān and memorizing it in this new land of Islam and by the new generation of Muslims. This sounded like very good news, but it did not satisfy Ibn ‘Abbas

who was asked by Umar

said, “O Prince of the Believers, the Jews and Christians had their books, but it did not save them from becoming divided and fighting one another. I wish they did not do that without understanding it first. I worry that they will be divided over the Qurʾān, and they will fight one another like the people of the Book did.” Umar agreed with Ibn ‘Abbas

and his wisdom. This narration is on the mark in describing how this Ummah will be divided.

The verses of the Qurʾān and the statements of the Prophet

are the sources of our religion, but how do we practice them and what methods should be used to understand them? The companions (Sahabah) took directly from the Prophet

by watching him as a practical example in front of them. ‘A’ishah

said, “The Qurʾān was his character,” and the Sahabah witnessed the Prophet

living the Qurʾān in his daily life. The Qurʾān was revealed in the language of the Sahabah, and it was revealed within their cultural setting. Add to this their trustworthiness which is referenced in the Qurʾān, and this gives them an instant advantage over everyone else. Any person, who comes after the Sahabah, must go through a lengthy process before he/she can derive any rulings from a hadith, for example. He must look at the authenticity of the narration, study the culture of the time, familiarize himself with the history of the text, evaluate what scholars have said about it, and look at it through the principles of Usool before arriving at any ruling(s), but as for the Sahabah, they did not need any of these steps. Because of that, the Sahabah have become the role models for the Muslim Ummah, and following them is the means of following the Qurʾān and Sunnah. They had no Imam or Madh-hab or source other than the Prophet

himself. They are our predecessors (Salaf), and they are an example for all others. Ibn Mas’oud

said, “They (the companions) possessed the most pious hearts of this Ummah. They were the most profound in knowledge and had the least constraint. They were a people whom Allāh chose for the companionship of His Prophet

, so emulate their character and way, for by the Lord of the Ka’bah, they are upon the straight path.” [As-Shari`ah by Al-Aajurri]

Not too long after what Ibn ‘Abbas

, his fear became a reality. Muslims began using the Qura’n and Sunnah to support their own ideas, and they interpreted them a different way other than the way of the Sahabah. The most famous examples in Islamic history are those of the Khawarij and the Shi’ah, who opposed the way of the companions and even considered most of the Sahabah to be Kuffar (disbelievers). The Khawarij, for example, took up arms against the Khalifah Ali Ibn Abi Talib

, based on their faulty understanding of the verse that says, “Allāh is the Only Judge.” They understood that to mean that mediation is not allowed, and they considered arbitration as an act of disbelief. When Ibn Abbas

debated them on this opinion, he said, “I do not see any one of the companions with you.” In other words, he was saying that no one among the Sahabah understood what the Khawarij understood from this verse and that the understanding of the Sahabah was the criterion.

As they were the first of our Ummah to precede us, following the companions became known as following the “Salaf” (predecessors), and their way of understanding the religion and practicing it became known as the methodology of the Salaf.  Al-Imam al-Awza`i (d. 157 H.) said, “Patiently restrict yourself upon the Sunnah, stop where the people (i.e. the companions) stopped, say what they say and refrain from that which they refrained. Traverse upon the path of your Salaf as-Salih (righteous predecessors), for indeed what was sufficient for them is sufficient for you.” He also said, “Hold fast to the Athar (narrations) of the Salaf, even if people abandon you. Beware of the opinions of men, no matter how much they beautify it with their speech, for indeed the matter will become manifest whilst you will be upon the correct straight path concerning it.” [Sharh Usool I`tiqad Ahl-Assunnah wal-Jama’ah by AL-Lalaka’i]