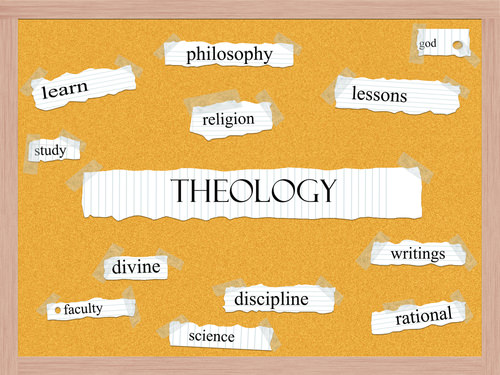 Last year I wrote a series of blogs about Islam, the Qurʾān and rationality. Like others who have discussed faith & reason in recent times, I too was motivated by the desire to address a popular fallacy: that religion, or religious belief, is irrational. It wasn’t the only reason why I felt to write about these matters, but it was a significant motivator.

The first of these postings was entitled: Reason, Revelation, Religion. Of its two major assertions is that ‘aql (reason, rationale), far from being at odds with religion [Islam], actually complements it. Classical jurists, like Ibn Taymiyyah, argue: ‘The messengers came with knowledge that reason is incapable of attaining to. They never came with what reason deems impossible.’1 Its second assertion is that contrary to the dogma of the New Atheists, that any belief not grounded in science or rationality is clearly false, is itself false. For in the real world there are many beliefs and values which transcend what science and rationality can prove (like the words of the Universal Declaration of Human Rights: ‘All human beings are born free and equal in dignity and rights.’ Can it justifiably be said that to put stock in such a belief is false or irrational?)

The second, Islam’s Rational Monotheism, sought to show the Qurʾān’s use of rational arguments and sound reasoning to justify its core theological truths; presenting five Quranic examples of such a rationalist discourse.

This was followed by a discussion as to how the Qurʾān rationalises and vindicates its claim of being God’s Word. How the Qurʾān Justifies Itself deployed five arguments as to why this is so. In the blog’s conclusion I insisted that this, and the previous articles on this topic: ‘serve to show the rationality of the Qurʾān, and that it is one which is grounded in self-evident matters and everyday experience; accessible to all who care to reflect or pay heed.’ I finished this discussion by stating: ‘Nowhere does the Qurʾān require blind acceptance of its fundamental theological principles. Rather, it urges, it cajoles; demands even, that people use their God-given sense of reason and ponder over its assertions and truths. And while the final step is, ultimately, a leap of faith, the actual run up to it is a matter that engages, not just heart and soul, but the faculty of mind and reason too.’

One drawback with rational arguments is that the human creature isn’t just a rational being; and the skeptical mind is, as the Qurʾān points out, given to endless argument. Indeed We have displayed for mankind in this Qurʾān all kinds of examples. But man, more than anything, is contentious. [Surah Al-Kahf, 54]

One way to deal with religious skeptics is to go beyond the rational: to appeal to the entirety of human experience: mind, heart, soul, emotions and lived experience. Thus classical arguments for the existence of God, along with the inimitable nature of the Qurʾān; the moral order and fitrah; the fine-tuning of the universe; the life, character and predictions of the Prophet Muhammad

; as well as experiential knowledge arrived at through works of faith and spiritual illumination, act in concert to form compelling reasons that Islam offers for belief in the existence of God and of heeding His call. Their messengers said: ‘Is there any doubt about God, the Maker of the heavens and earth? He calls you that He may forgive you your sins and grant you respite till an appointed time.’ [14:10]

Al-Bayjuri, one of the most highly accomplished jurist-theologians of Egypt in his age, spells out the nature of faith (iman) and its related levels or types. He states that faith is of five ascending levels:

1 – Faith via trust-based acceptance (taqlid): which is where faith arises out of taking it from an authority one trusts (as a child trusts a parent or teacher), without knowing the formal proofs for it. This characterises the faith of the lay people, in general.

2 – Faith through knowledge (‘ilm): this is where faith results from learning formal proofs and discursive arguments for one’s belief. This is the faith of the learned, in general; and the theologians, in particular.

3 – Faith vis-a-via inner spiritual sight (‘ayan): it is where faith is the result of the heart having a constant and abiding vigilance (muraqabah) of God. This is the faith of those who have attained to the Station of Vigilance (maqam al-muraqabah). Vigilance refers to a profound “watching over” one’s heart and deeds, and a profounder sense of being watched over by God.

4 – Faith based on spiritually witnessing God (mushahadah); which is where the heart witnesses God as though seeing Him. This is the faith of the ‘arifun (gnostics, knowers of God); those blessed with reaching the Station of Spiritual Witnessing (maqam al-mushahadah). One hadith says that ihsan, the spiritual excellence sought of Muslims, is: ‘To worship God as though you see Him, and though you may not see Him, know that He sees you.’2

5 – Faith through witnessing only God. This is where faith reaches the level where no existence is seen save God, and the believer is devoid of all feeling of self or and other than God, and is lost in contemplation of Him. This is the Station of Annihilation, or fana’; a state of “passing away” from all but God.

Beyond this level of faith, certainty and illumination, writes al-Bayjuri, is the faith of God’s prophets and messengers. This is the station that is unveiled to none except the prophets of God, and for which no words may describe the reality of.3

This is a cross-post originally posted here.

Al-Salafiyyah: The Methodology of the Pious Predecessors