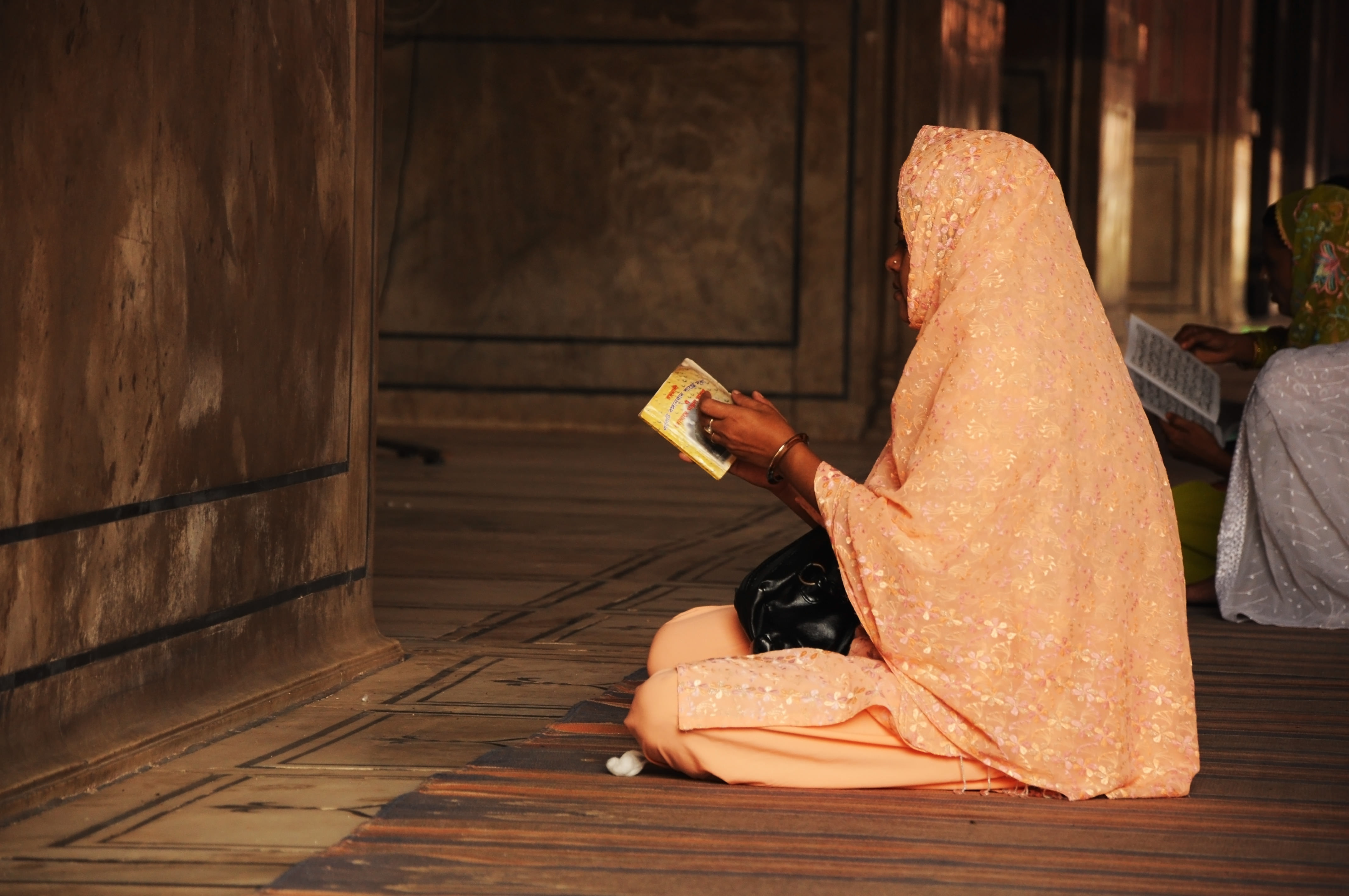 “O you who believe, you are forbidden to inherit women against their will, and you should not treat them with harshness…And live with them honorably. If you dislike them, it maybe that you dislike a thing and Allah brings through it a great deal of good.” (Quran, 4:19)

By now the news of the pregnant Pakistani woman who was stoned (first shot at and then bricks taken from a construction site were used to bludgeon her to death), in the name of “honor killing”, is front-page news across the world. It is no surprise that even if the headlines didn’t mention “Islam” or “Muslims”, in the minds of people Muslims easily replace “Pakistanis” and honor killing is automatically linked to Islam.

Statistics show that Pakistan is the third most dangerous country for women to live in[i]. How’s that for a country claiming to live by the traditions of Prophet Muhammad,

whose last advice to men of his nation was

“Treat your women well and be kind to them”.

While Pakistan’s majority population is Muslim, it is evident to anyone who has studied Islam even superficially that the culture and especially its treatment towards women is far from Islamic teachings.

Farzana Parveen, the victim, was married to a man of her own choice with whom she had been engaged for a long time. Her family had objections (money was the main motive according to the husband)  and they wanted to marry her off to someone of their choice, against her will.

While the concept of forced marriage and unnecessary objections to a daughter’s choice for marriage remains a common practice in Pakistan, it is completely unacceptable in Islam.

While marriages where daughters are forced to marry a man picked by the family—including in the educated families—remain common in Pakistan, Islam abolished forced marriages 1400 years ago.

“A virgin came to the Prophet,

, and mentioned that her father had married her against her will, so the Prophet,

, allowed her to exercise her choice. (Abu Dawud)

Woman’s Right to Marry of her Own Choice

Traditionally in Pakistan, it is considered against an honorable girl’s character to pick a man of her own choice or to insist on marrying someone she likes. “Good girls don’t talk about their marriage” is a motto for respectable girls.

However, Islam gives the girl full right to choose her own life partner and, if needed, she has full freedom to convince her parents to allow her to marry the man she likes.

1400 years ago when the Prophet

sent Julaybib to a girl’s house so he could marry her, her parents didn’t like Julaybib. He was not good looking and the parents didn’t consider him suitable for their daughter. However, the daughter (whose name remains unknown) took a stand and convinced her parents to allow her to marry the man Prophet had sent for her. Classical works on marriage are full of her story of bravery[ii].

When Two People Love Each Other

Keeping everything aside, Islam on the other hand encourages Muslims to allow two people to marry who are in love with each other:
“There is nothing like marriage, for two people who love one another.” (Ibn Majah: 1847)

What Happens when Male Guardians Refuse

Although in some Islamic schools of thought, a wali’s permission is an essential part of a valid marriage, it is not the absolute authority of the male guardian. Even those who believe that a marriage is not valid without the permission is wali recognize that the wali’s authority can be overruled when necessary:

“If it is proven that marriage has been unjustly prevented, guardianship passes to the next closest male relative (on the father’s side), such as the (paternal) grandfather, then the brother, brother’s son, paternal uncle and so on. If none of these relatives are present or they refuse to give the woman in marriage, then she may be given in marriage by the Muslim judge if there is one, otherwise the imam of the mosque or a Muslim of similar standing may give her in marriage.” (Islamqa.com: 174496)

In Pakistan the predominant Islamic school of thought is the Hanafi Madhab- which allows an adult woman to marry without her wali’s permission if necessary. In Farzana’s case, the couple had gone to the court to legalize their marriage.   As they were married in the court of a “Muslim” country, their type of marriage is recognized in every school of thought in Islam.

The only statement that I need to make about this:
Honor killing is not a part of Islam, it doesn’t originate from Islam and it has no connection to Islam.

The capital punishment of adultery, whether lashing or stoning, is not due to any “honor.” In fact, it is inflicted on both men and women, if and only if the evidence has been established through the intricate and sophisticated process of Islamic law, and the ruling has to be issued by the judge.

Under no circumstances can a family carry out capital punishment. In the event such a killing happens, it is a considered murder and the murderer needs to be punished by the judge.

Unfortunately, like many other religious issues, the issue of capital punishment has also been tainted by Pakistani culture, but elements taken from religion and mixed with cultural beliefs can never represent Islamic Laws.

Honor killing is a cultural tradition—free of any Islamic elements—that does persist in Pakistan. One of the reasons honor killing still thrives is because traditionally the so-called “honor” of the family is tied to the women, their chastity, their sexuality, and in order to control the family’s honor, the family controls their women.

More importantly, the Islamic law of blood money is abused in order to maintain the male thrust of controlling women. When men feel dishonored due to the actions of any woman of their family, they take the matters into their own hands by having the woman murdered by one of the male members of the family, and later the other members of the family take the blood money or “pardon” (‘efaaf) the crime, abusing the Islamic law. Ed. Note [News of Farzana’s husband’s admission of killing his first wife and getting off scot free using these precise laws reenforces this point.]

“In Pakistan, the right to waive qisas, or punishment, is given to family of the victim. If and when the case reaches a court of law, the victim’s family may ‘pardon’ the murderer (who may well be one of them), or be pressured to accept diyat (financial compensation). The murderer then goes free. Courts have used provisions like this to circumvent penalties for honor killings.”[iii]

I would not be surprised if Farzana’s father, too, walked away a free man in near future.  However, one point remains very clear- the barbaric treatment towards women in Pakistan has nothing to do with Islam.

Some time ago, I visited Dastak[iv]-a domestic abuse shelter for women in Lahore. I had the opportunity to speak to the psychologist who treats the victims at Dastak. A third of the women present inside the shelter were not Muslims, they were Christian (1.6 % of the Pakistani population is Christian). They were no less abused, tortured and traumatized than the Muslim victims in the shelter. While the women shared different faiths, they did share one thing common, they were all victims of Pakistani misogynist culture.

In the case of Farzana and Iqbal, they had gotten married according to the Sharee’ah ordinance in their country. Their marriage was legalized through the court and they were not involved in any haram relationship (though even if they were involved in one, there is still no concept of “honor killing” in Islam). Yet her family had the audacity to kill Farzana, in daylight and in a public place, to satisfy their family pride and maintain their male control over their womenfolk.

1400 years ago, Islam gave women the rights that were unprecedented. Women became free, independent, respectable and integral part of the communities. They led, taught, and lived side-by-side men as their equal partner of the society.

Unfortunately, with time, cultures overtook faith, traditions overruled Islamic teachings, and what was once given to women from Allah

became secondary and that’s when misogyny found its way among Muslims.

As I just said in one of my talks to a group of non-Muslim women in Doha, “If you want to look at real Islam in practice, please don’t look at the so-called “Muslim countries,” for you will always find traditions overruling Islam.”

80-20 Principle: 3 Ways Masjids Cater to a Small Minority At The Expense of the Congregation in Ramadan