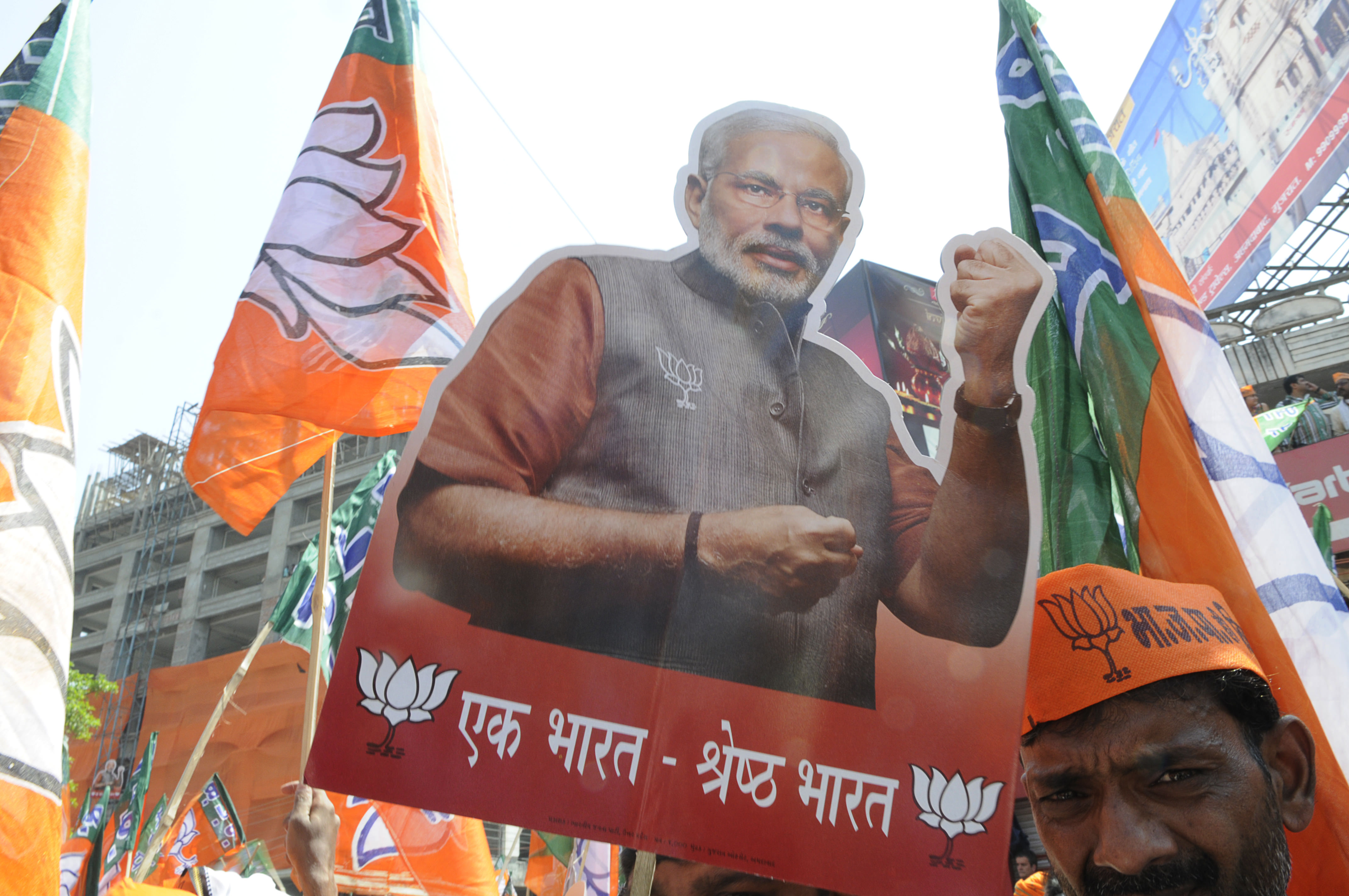 Let this Pakistani-American first congratulate you on what went right in the Indian Elections 2014— clean and fair voting in the world’s largest democracy. I wish and pray that democracies in neighboring Pakistan, Bangladesh and newer ones around the globe can emulate this achievement one day.

Now let me address some of the things that may bother you about me writing this:

In today’s age of globalization, the leader of India is as important as the leader of other global super-powers. His economic policies will directly impact global growth, and his political policies will directly impact his neighbors, including Pakistan (note: my parents live only a few miles away from the Indian border). I hope we can agree that this isn’t just an Indian matter.

On the second point, I agree with you that Pakistan is far behind on most aspects of a successful nation. To be honest, this is not much of a competition anymore; India is in a different league now.

As for minorities in Pakistan, no doubt that the treatment of minorities is atrocious, but for a country teetering on the edge of failure, you must agree that this is hardly the highest priority. Most importantly, do you really want your country to be measured against the failures of others? On a “Pakistan sucks more” scale?

Thirdly, while prejudice against Indians has been rooted deeply in most Pakistanis (and vice-versa), I hope and pray that we are moving beyond the political roots of such hatred, especially those of us who have lived in Western democracies and have befriended many Indians. And I tend to walk the talk. When given the opportunity, I hired two Indians to work for me, not both Muslims.

I hope we can now focus on the message. You must admit that there are wide-ranging concerns about BJP, and about Narendra Modi specifically. As a member of the global community first, I would be concerned about the rise of political right, be it in USA, Europe or India. Just as Le Pen concerns me in France, similarly a party whose election manifesto included building a temple on a disputed site in India concerns me deeply. Not just for the Muslim minority in India, but also for what the party’s impact could be on the global scene.

I understand that you are really excited about the rise of Modi, and that you believe he will take the country in a new economic direction. I am sure that like many fair-minded Indian supporters of BJP, your interest is not the subjugation of the Muslim minority.

But there is a reason that so many Muslims are concerned about Modi. It is not that all these Muslims hate India, it just cannot be. I am sure that you have known enough Muslims in your life to know that the vast majority of Indian Muslims love their country.

We must address the elephant in the room—the Gujarat massacres, although that is only the tip of the iceberg. You might think it has been a long time since this horrible event, but do you believe it is a long time for those who were torched alive and the families that they left behind? Please see this documentary to be reminded of the horror. (Click here and continue seeing rest by going to this channel)

Now you might say that the Supreme Court exonerated Modi and while you would not be callous enough to bring up “Muslims burned passengers in Godhra first”, I know that is something many others are indeed bringing up.

As for the Supreme Court decision, I admit Modi was given a clean chit. However, where there is smoke, there is likely fire (read this report from Tehelka). It could not be that USA/UK barred Modi simply on whims, especially since the Muslim lobby is hardly a force in the West. Even the Supreme Court-appointed amicus curiae, Raju Ramachandran, observed on 7 May 2012 that Modi could be prosecuted for promoting enmity among different groups during the 2002 Gujarat riots. At the least, most observers note that Modi could have done more, and at least not inflamed emotions further by not bringing back charred bodies of Hindu passengers from Godhra.

As for the massacres being simply an act of vengeance, then you must agree that that is a disgusting response. First of all, the Godhra fire was ruled as an accident. Even if it wasn’t, no fair-minded individual would allow killing of one set of people for the crimes of others, even in vengeance! This sort of mentality is no different from Al-Qaeda terrorists, who feel that they are justified in killing all Americans because some Americans killed some other Muslims.

Moving past 2002 massacres, had Modi simply done more to promote communal harmony and not created a system of apartheid in areas of Gujarat, one might be tempted to forgive him in the name of larger interest. But he didn’t do much at all. He only visited the camps of Muslims displaced by the Gujarat violence once. In this election, of the nearly 450 BJP candidates, only 8, less than 2% are Muslims (vs. 15% in the population) were Muslims, and the astronomic economic growth in Gujarat seems to have escaped Muslim residents. As Basharat Peer’s article in NY Times illustrates:

But Ahmedabad ceases to swagger in Juhapura, a southwestern neighborhood and the city’s largest Muslim ghetto, with about 400,000 people…Mr. Modi’s engines of growth seem to have stalled on The Border. His acclaimed bus network ends a few miles before Juhapura.

And many Muslims are forced to live in Juhapura because separation of Muslim/Hindus is systemized by the “Disturbed Areas Act”, which restricts Muslims and Hindus from selling property to each other in “sensitive” areas, areas that have been extended further and further as a form of social engineering. My friend, can you imagine such a law in any Western democracy?

Another article quotes the former editor of The Hindu, a leading Indian newspaper,

“Many of the things that are evil about India are not going to find their solution with Mr. Modi,” Mr. Varadarajan said. “If anything, they’ll get worse.”

You might dismiss all these aforementioned reasons as Western or worse Muslim propaganda. Or you might have good reasons to believe that Modi as a national leader will move past communal biases.

However, I would like you to take a moment to empathize with those who are concerned.

Empathy is indeed very difficult as you will have to put yourself in the shoes of concerned Indian Muslims, concerned liberals (Muslims and non-Muslims) around the world and feel what they are feeling. Many of us have nothing but good wishes for India as a strong India is good for the world, not just for Indians.

So please spare us some benefit of doubt for what are real and valid concerns and remember that the oppression by the majority is just as bad as the usurpation of the majority.

What Happened? 2014 Indian Elections | A Road Map for Indian Muslims