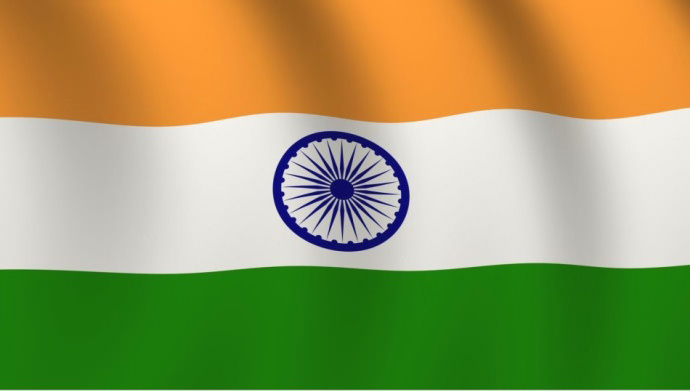 If there is one word that best describes the results of the 2014 Indian Parliamentary Elections, it is SURPRISE. For some it was a very pleasant surprise – for others it was a nasty shock. But nobody, including the paid analysts, really had any clue how close they were to the truth when they predicted a landslide victory to the BJP. 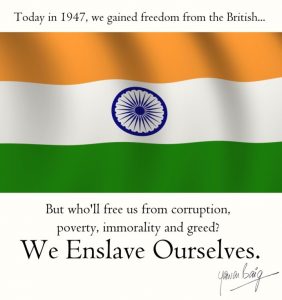 Congratulations are in Order

Congratulations to the BJP for running a brilliant campaign and being able to influence the mind of the constituents to vote it into power, and how! Narendra Modi was decisive, communicated incessantly, used the media with aplomb, took every advantage that came his way (including the six week staggered voting), capitalized on a cadre of dedicated people who did him proud, and stuck exclusively to a development agenda which resonated with the common man. The fact that the BJP was voted out of power after Gujarat 2002 was a sign that was not ignored. This time around the BJP stayed clear of the RSS inspired Hindutva agenda and leveraged the good governance in the states where they had the government to promise the same in the country. The hard work and complete dedication of the RSS/BJP cadre can only be admired and applauded. Modi didn’t exaggerate when he said that it was because of them that he won the election. That is a fact they can be proud of.

Congratulations to the Congress for being so spectacularly blind to the writing on the wall even though it was in the form of an electronic, neon lit billboard in pulsating psychedelic lights – predicting its demise. An epitaph must necessarily be brief.

Congratulations to the Muslims for being completely blind once again and getting themselves divided so fragmentally that for the first time in our post-independence history, the famous ‘Muslim vote’ that everyone respected and feared was rendered completely ineffective. UP, with all the major Madaaris, Aligarh Muslim University, and some districts with over 40% Muslim voters didn’t get a single seat in Parliament. If that doesn’t show that Muslims voted for the BJP then what else does it show?

Congratulations to this great nation of ours for being able to run an election of this magnitude in a fair and orderly manner, and then compiling results which today are so clearly accepted as being fair and accurate that nobody even thinks of challenging them or claiming that the election was rigged. Hats off to the Election Commission for a sterling job that we as Indians can truly be proud of and boast about.

How Did This Happen?

I am not going to do any lengthy analysis, I am sure we are going to see a lot of those in the coming weeks – after all the media has to extract the last drop of juice from the orange. I just want to share the big ones, the reasons why this big victory of the BJP happened.

Congress was living in a world of make-believe, living off a legacy that had actually dried up at least a decade earlier, but even the final wet mud at the bottom of the pool went dry now. Failure of dynastic politics – one hopes it has truly failed and will not merely be replaced by another dynasty – in a nation that is more used to kings and dynasties than to democracy is something to be pleased about in itself. One hopes the next step will be leadership based on ethical and moral principles and not on caste – but maybe I am stretching it.

The BJP ran a campaign completely devoid of the Hindutva agenda of its previous incarnation. It spoke of good governance, justice, economic empowerment, and inclusiveness. So one must ask if this is what got them the votes – and not the RSS inspired Hindutva mandir/anti-Muslim agenda. After all, the fact that the BJP won 73 out of 80 seats in UP shows that Muslims voted for them – which in itself was totally unexpected – unless one considers the spectacular failure of Mulayam Singh’s Samajwadi Party, the elephantine megalomania of Mayawati’s BSP, and the sleepwalking of Congress. Then what was unexpected becomes logical.

We can only forget or ignore the power of culture and history at our own peril. We are a nation that has a 5000 year history of kings and just 65 years of democracy. We are a nation which in that 5000 year history never rebelled against a king. We worship strength and power. We see kindness and compassion as weakness. Greatness is defined in our culture as the ability to break the law with impunity, which extends from the ‘great man’ to his servants and followers and so to be associated with a ‘great man’ is seen as a personal advantage. A ‘great man’ in our culture is one who can protect those who do his bidding no matter if it is right or wrong. Modi projected himself as that ‘great man’ – the electorate proved that he was accepted in this role. We today consider corruption merely as a cost of doing business, to be factored into our rates and costs and justified by the benefits that accrue. Corruption is now in our blood and has changed from being an aberration to an aspiration. There is no stigma attached to it at any level. It is merely seen as payment for service. It is only when we pay and don’t get the service that we complain – which is what happened in the Congress government.

Equality, egalitarianism, social causes, ideology, and even justice is seen by most Indians as interesting at best – but not something that they are willing to invest in or will commit to live by. The demise of the Trade Unions and the Communist Party and the decimation of the BSP (Dalit Party) in UP are cases in point. We are selfish people – we look for personal benefit above all else. Modi promised us personal benefit and we believed him. It remains to be seen what he is able to deliver – but the Sensex reflects this public optimism.

2014 was a year characterized by one spectacular meteor flying across the political horizon –  clad in a funny cap and a muffler round his neck, broom in hand – Arvind Kejriwal – who meteor-like seems to have crashed in flames. However while he was flying, he emanated the light of hope – the hope of clean government, power to the common man, the nemesis of the big business-brigands who populate our corridors of power, and an end to our crippling corruption. He upset everyone’s calculations in Delhi elections, trounced Congress, rendered Sheila Dixit homeless, and then didn’t occupy the house which he was entitled to do – thereby presenting Manmohan Singh with his own retirement home. While in flight he captured the imagination of the common man – the ‘aam admi’ – and many voted for him or at least for what he stood for. But the votes were not enough to save him or his seat. Imagination not converted into a ballot box victory. Good case in point about the power of decisiveness and the failure of philosophy. We are very pragmatic people who like definite things. Arvind Kejriwal miscalculated and didn’t realize that philosophy doesn’t sell. Neither does being slapped in public – it may get you pity – but it doesn’t get you respect. Calling it ‘Gandhian’ is incorrect because Gandhiji was never slapped by any Indian and in any case he never had to win an election. We Indians want a powerful decisive leader – not one who can’t even protect himself from being slapped. Costly miscalculation for Kejriwal. Sad for us all.

Using UP as a good example of what happened across the country – on one side was the committed BJP voter who would come out in 48°C temperatures to cast his vote for his party. On the other side was the Congress/Secular party voter who had to choose between BSP, Samajwadi, AAP, Congress and many smaller parties – and he did – all to the benefit of the BJP. So in a manner of speaking the BJP is beholden to all those who voted for Congress, BSP, Samajwadi, AAP and others for its spectacular victory.It shows also that the single-minded interest of the voter is an economic agenda in pursuit of which he is able to forgive and forget everything else. No matter how unsavory and unidealistic this sounds, this appears to be the reality of the Indian voter across all divides. What also contributed is the quality of the Muslim leader – Mukhtar Ansari is a case in point – who is so completely pathetic and uninspiring that it is little wonder that they chose Modi over him. So would you and I.

The Ulama engrossed as they have been in their internal conflicts for the past several years, completely unconnected with their constituents, were rendered completely ineffective including those who entered politics – after all if you join the party of (Mukhtar Ansari) a convicted criminal what else do you expect than to be ignored – and good riddance.  Walking the talk is essential. If you talk unity and walk dispute it costs. Wonder if our Ulama will learn the lesson.

Now that this has happened and we all seem to be in a state of shock – the big question is what must we Muslims do? In my view we need to do the following which will be difficult and bitter, but then the alternative is even worse to contemplate. I hope we are able to see the reality of what we face and have the guts to do what we need to do if we really want to ensure a secure future for generations yet unborn. Do we have it in us to act? History will bear witness.