So you’re practicing Islam and fairly educated about it and you’re ready to marry the man you’ve had your sights on (the tall, dark and handsome one, I know).  Many women jump into an intercultural marriage without realizing just what the expectations of their husband will be, and naively believing his marital behavior will be a direct reflection of Rasūlullāh’s

.  The result of this is that many women end up leaving Islam after having terrible experiences in bad marriages where they were disrespected, controlled, or even abused.  The very person (the husband) who it was assumed would protect her from the vices of her American/European upbringing actually ends up driving her away because of his own cultural vices.

Other times two people are just so incompatible that living together is an endless cycle of conflict and resentment; it’s not his fault or her’s, but they are just too different to live in harmony.  Even during the time of the Rasūlullāh

there were differences in the people of Madinah and Mecca that caused marital issues, such as the disposition of women from each area (Madinan women were known for being more restrictive in intimate practice, Meccan known for being more liberal).  Imagine, then, two people from entirely different continents, with differences which, although acceptable in the sharī‘ah, are still far apart.

praised certain aspects of Roman culture and the pre-Islamic Arabs. 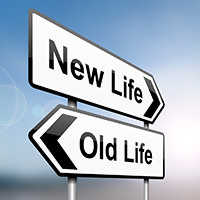 In a bad intercultural marriage, converts may find themselves being forced to lose their identity completely and take on a foreign one.  A husband may try to estrange his convert wife from her family.  He may make little effort to interact with them or will speak ill of them and feel justified because they aren’t Muslim.  He may try to make her into a “good” Arab/Desi/Malay/African/Afghani woman, not realizing his own impositions are not as Islamic as they are cultural.  Many women become depressed as they lose themselves completely and live in constant sacrifice.

It is also important to mention here the stigma of being “impure” that so many converts feel because of past relationships prior to accepting Islam.  Many feel inadequate as Muslim women because of this blight, which is completely wrong but no less existent.  A convert woman may settle for whatever man will take her, and he may want her at the sight of fair skin and light eyes, smothering insecurity that is likely to rear its ugly head later when the novelty of her western beauty starts to wear off.

Think really hard about marrying someone who is not born and raised in your own country.  Realize you are very American/European, probably more than you realized until you were immersed in the ethnic groups of the Muslim community, and that’s okay.  Understand that all Muslims are just as cultural as you, at the very least in halal or unconscious ways.  You will never meet someone who is just Muslim—never.

Because there is such a hang-up on virginity and purity in other cultures, a convert should never marry a man who acts in any way like he’s doing her a favor by marrying her, or one who talks a little too much about her “white-girl” looks (beware of the mother-in-law who does the same).  This isn’t to say she should talk about the details of her past, that would make any man uncomfortable, but should she see too much questioning from him about it, or too much brooding when it comes up, it’s best to reconsider. Similar situations are paralleled in the African-American community. In fact, marriage bandits are common in the African-American convert community too, as are carousel/fly by night marriages where the woman is passed around the community.

That being said intercultural marriages can be successful, but it takes work. As a woman you are in a vulnerable position because the authority in the marriage rests with the husband; you are in a position where your religion can be used by your husband to guilt-trip you into making endless sacrifices lest you become a denizen of Hell.  Do not take a chance on someone who shows signs of wanting to change you or shows distaste for your ethnic or cultural background, marry a man who wants to understand you and sees his authority as responsibility, not entitlement. Do not marry a man with a superiority complex about his own race (or likewise one that fawns a little too much over you being American/European). Do not marry a man who does not respect your family and wants to pull you away from them (this will get ten times as ugly when you have children with him).  As a matter of fact, try to marry a man that will help you resolve your family issues or at least support you in maintaining ties.  Watch out for hardcore momma’s boys because chances are their mom is from overseas and she may impose the same things on you, through her son, and you’ll end up controlled by her.

Pitfall #4: He’s Really a Scam-Artist/Playboy or Wants you to be his Secret Second Wife

Yet another reason we need good walis who can sniff out the visa scam-artists and playboys who want to use her and lose her.  The two predominant reasons a man will marry a convert, but leave her, will be to get a visa or to find a naive woman to blow off steam with while he’s in school or working in America/Europe. He will quickly drop her when it’s time for him to go back home and marry a good girl from his country, or he gets his green card and mom arranges a marriage.  Such men will make all sorts of lofty promises from under their dark lashes about taking you back with him to meet his parents, some even having children with you to make it seem secure, when in reality they either have no intention of doing so or will quickly cave into pressure to leave “that American/European whore and her baby” and come back up to marry the nice girl down the street that mom has in mind (everything will be kept hush-hush of course).  Both ex-wife and child are quickly disowned while he vanishes without a backward glance.

Then there’s the guy who’s already married and wants to take you as a second wife, though his first wife (and probably his family) has no idea of his intentions.  He’s totally ready to nikkah and shack-up with you, but not ready to man-up and deal with the repercussions it will inevitably have on everyone else in his life.  When you ask him about it he keeps telling you he’ll tell his other wife…later.  He leaves you in your town or country to go back to his first wife and he’ll bring you over….later.  He’ll tell his family about you…later.  He’ll come and see you (and eventually the baby)…later.  He was very quick on the draw when it came to marrying you but after that he just wants to duck and run.  Eventually when he drops the poly-bomb on everyone else you find your initially glamorous, secret marriage quickly sours under all the external pressure and negative emotions circulating between him, his first wife, and you.  Either he can’t handle it and he divorces you or he keeps you around but becomes stressed and regretful.  He may just keep you in secret and become distant (emotionally and physically) and you lose a lot of your rights as a wife.  And keep in mind it is twice as easy for him to divorce you if no one else knows about you.

For scam-artists and playboys, ask to meet his parents and family straight-up, do not get involved with him otherwise, ask to even go back with him to his country to visit them before you commit to consummating a nikkah.  Ask for a celibate marriage so he has to commit before he gets the “perks” and you can really get to know him and his family.  Ask about his legal status and what his plans are for that, ask where he plans on settling and how he will get you status.  Don’t have any kids (or be very wary) until you both have legal status in the same country.  Don’t agree to any secret marriages.

For poly, don’t agree to any secret second wifery.  If you’re going to get into polygyny, ask to meet his first wife and make sure she’s at least aware and better yet, okay with it.  Some people think that a first wife can’t be, but she can and any guy who’s going to drop the news on his first wife the night of his wedding to his second is probably someone who is used to keeping secrets.  You also don’t want to end up divorced because she handled it so much worse than he thought (because really, was he thinking it through to begin with?).  I know my approach may step on some people’s toes, but a woman can be okay with poly, even supportive, and a man who tells his wife and family up-front is, at the very least, a man of integrity.  The respect he shows for his first wife is ultimately telling of the respect he will show you. And if his first wife is forever embittered, those emotions will impact him and then you; the stress from one marriage won’t just evaporate when he’s involved with the other. If he acts dumbstruck or avoidant when you say you want to meet his first wife, keep your guard up.  If he says he told her, make sure you ask for contact info so you can get to know her (or at least confirm he’s told her), and of course, don’t forget to send her a wedding invitation (or color-coordinate your outfits if you really want to go out on a limb).